"A whistle blower inside the Texas government came to us to help in critical race theory indoctrination, that has been forced on state employees and is being paid for by you, the Texas taxpayer," said Huffines. 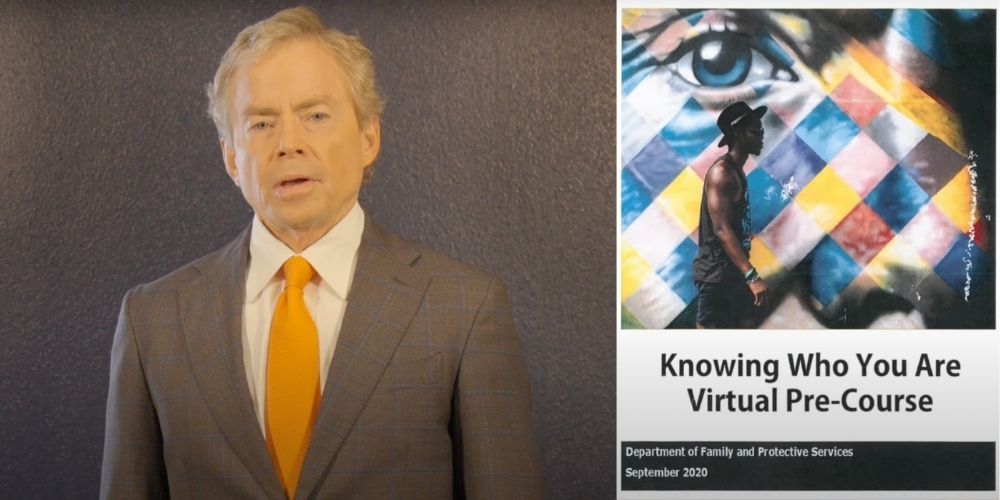 A whistleblower from the Texas Department of Family and Protective Services (DFPS) has stepped forward, revealing critical race theory-based teachings required for all department employees as a condition of their employment.

The whistleblower, who remained anonymous due to fears of retaliatory punishment, spoke with Texas gubernatorial candidate Don Huffines about the training, providing the documents used for said training session.

"A whistle blower inside the Texas government came to us to help in critical race theory indoctrination, that has been forced on state employees and is being paid for by you, the Texas taxpayer," said Huffines.

The whistleblower said that employees were required to complete the "Knowing Who You Are" training, and then report back to their supervisor to state that they completed it. They said it was required as a condition of employment.

The training, though not explicitly stating that it's critical race theory, encompasses many of the race-based tenants it's based on. The course teaches that race and ethnicity are essential to every aspect of life.

It establishes that a person should have a healthy "race and ethnic identity," and that a person engaging in this identifies as a member of a particular race or ethnic group or groups, understands that each group has its own positive and negative aspects, and "affiliates" with members of his to her own group.

Those that have an "Unhealthy REI" do not have a significant level of importance placed on racial or ethnic differences and doesn't identify in a particular racial or ethnic group, the critical race theory training teaches its participants.

The training also establishes "building blocks" for teaching a healthy REI in children by promoting racial and ethnic pride, developing multicultural competence, and preparing them for facing "racism and discrimination" in their lifetime.

The course features an assessment to be completed, in which the taker has to state their level of agreeing with phrases such as "I am willing to make personal sacrifices in order to help others get through the difficult parts of their racial and ethnic identity journeys," "I seek fairness and justice for all persons, and I will work to eliminate racial oppression," and "I am willing to question racial inequities perpetuated by institutions and systems and serve as an activist for social justice and change."

The training cites a TedX Talk given by Dr. Camara Jones, an activist that helped pioneer the idea of institutionalized racism, and claims that racism is a public health crisis, according to The Daily Wire.

In a statement given to The Daily Wire, Huffines said that Texas Governor Greg Abbott needed to have a better understanding and awareness as to the actions of his administration.

"Given that DFPS is a state agency under the direct purview of the governor, Abbott should have been aware that CRT training was being forced on state employees," stated Huffines. "And if he wasn't aware, that in and of itself is a serious problem. What other radical left-wing initiatives are our tax dollars funding, without the governor having the will or desire to stop them?"

"Greg Abbott is forcing hard-working Texans to subsidize mandatory Critical Race Theory for state employees," added Huffines. "Critical Race Theory is Marxist, racist poison being used to indoctrinate and divide Americans. It has no place in the State of Texas."