Cuban musician Rudy Sarzo recounts life in Cuba during the "revolution," and why he thinks Cubans have a real chance to gain their freedom. 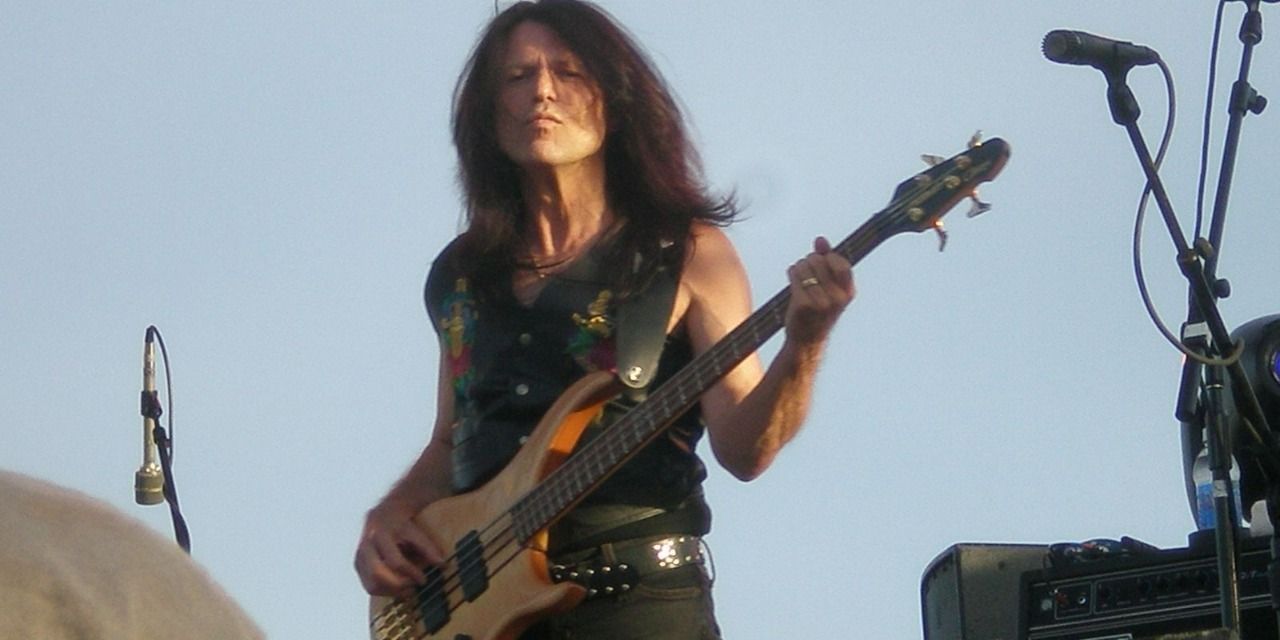 Cuban musician Rudy Sarzo spoke to The Post Millennial about the recent protests in Cuba, where citizens are taking to the streets to state their opposition to the communist government.

Sarzo was born in 1950 in Havana, and has been in the United States since 1961, when he was 11-years-old. He said he was part of the "initial refugee movement."

"You know, we started leaving basically right after Fidel declared himself Marxist-Leninist," he said. "That was the declaration that Cuba was going to be, what's going to take a communist path. Communism was going to be the nation's path."

"A lot of people had no idea what that meant," Sarzo said, "including my family, except that my neighbors were Chinese who had less China because of Mao Zedong. You know, turning it into communism. So, now they're in Cuba and they're leaving again because of communism and they headed towards San Francisco, which is where their family was."

Pulling together all the necessary paperwork, tickets, passports, and visas took the Sarzo family more than a year and a half. Sarzo said the only way to come to the United States was through legal means.

Despite leaving at such a young age, Sarzo remembers Fidel Castro and the effect his rhetoric had on the nation. "It was called the revolution, right? That was it," Sarzo said. "It was all about the revolution."

"Whenever Castro wanted to do a speech," Sarzo said, "he would just get on the airways, on television. And that's all you could hear on radio and television was all about Castro." Castro's speeches could take up to six hours.

"So, you know," Sarzo said, "he was really able to get his message to the people loud and clear, except that the people had no idea."

Initially, Castro's ideas seemed to be good. The people of Cuba "just took him at his word ... everybody just believed them at first." It wasn't presented as being about Lenin or Marxism.

"This was going to be a good thing," Sarzo said." But, ... from 1959 to 1960, things started to change very, very, very quickly, even probably in 1959. Corporations started getting nationalized, people were kicked out of their homes."

People who spoke against it suffered horrible consequences. People who felt they had no choice but to speak out ended up imprisoned. "Or," Sarzo said, "you're going to be killed, disappeared, which means that your children will basically be orphans."

This was right from the beginning. "At the very beginning of the revolution," Sarzo said, "everything changed in my school ... and I'm talking 1960 here."

"All of a sudden our teachers are keeping us individually after school, to basically interrogate us in a very gentle way, like teachers can do, you know, find out about us," Sarzo said.

Teachers would ask, "What do our parents think about Fidel and the revolution?"

"And I thought that was like, wait a minute, I've been at the school for five years now. Now, all of a sudden, this is going on? This is very strange. You know, I was 10-years-old then," he said.

"Back then our culture, Latin culture, would prepare us to enter a life at a very early age, get married early, start a career early. You know, things like that," Sarzo explained about how life was in Cuba at the time.

"10-years-old was pretty advanced as far as how to prepare us for life. So I told my parents this stuff. This was the very beginning of the, what is called 'comités de defensa', which basically translates as 'defense committees' or 'watchdogs', right? Like the defense of the revolution," Sarzo said.

"This was at the core of like, 'how are we going to find out what everybody is talking about or feels about the revolution? We're going to put watch groups in every block to keep an eye on them,'" he said.

According to Sarzo, these Cuban methods for communist takeover became a playbook that was used again and again in Central and South America. "There is a playbook," he said, "to communism or any of these where there's socialists and governors and fascism, you know, anything that. There's a playbook to take away free from the individual, which is God-given it's from our creator, you know?"

He linked these ideas to some of the current ideas and methods that are moving through American culture. "This movement," he said, "this certain 'social-consciousness' movement is going to try to take that away from humanity."

Controlling language is a way of controlling people, Sarzo said, and "in Cuba, they're controlling the exchange of not only words, but pictures, and pictures speak a thousand words. Pictures transcend languages. A photo, you know, or a video was, capturing video, moving pictures of what's going on on the island. So, that's the first thing that they control, the flow of information.

"Any form of any form of government that turns you into a robot, or takes away your free will, any of the above, it's really going against the laws of the universe, really," Sarzo said.

The Post Millennial asked why Sarzo thinks artists, those who are dependent on free expression, end up getting sucked in by the totalitarian communist philosophy and end up in the street fighting for people to take away their rights, specifically in places like US and Canada.

"Propaganda," Sarzo said. "At the core, the deception of communism is that of 'equality.' What they don't tell you is that you're going to be a robot, equal to everybody else. You're going to do what we tell you to do, when to do it, how to do it, with him to do it, what your thoughts are going to be. It's total control of your mind, body, and soul by somebody else's consciousness."

"It's so twisted that a lot of that comes from people believing that they're doing the right thing," Sarzo said. "It doesn't matter whether it's fascism or communism and socialism. Hitler and Stalin: counterparts. They thought they were doing really good by killing a lot of people. They felt like 'I've been the best human being that I can be.'"

"And these are people that killed their own citizens," Sarzo said "You know, maybe because they were of different religions, they had a different consciousness that he did, but they thought they were doing really good. And that's just what pure evil is, disguised as pure good."

"Once the government takes away from you everything, that includes fear," Sarzo told The Post Millennial. "Once you have no fear, you've got nothing, nearly nothing to lose and everything to gain. You've got freedom to gain. Fear might keep you away from reaching that freedom that is staring you right in the face. Once that's removed from you, it is attainable and is embraceable."

In Cuba, Sarzo said, that's basically what's happening now. "I've been talking about this for years and it got to a point that nobody listened and people were arguing with me about it."

He knew that the day would come where people would hear what was being said from the people that left. "That's what's happening today," he said. The people of Cuba "are fighting for their freedom with sticks and rocks, stones, anything that they can pick up to defend themselves against guns," which are controlled by the police and the military.

It's not just their actions that Sarzo believes will make a difference, but the willingness of the Cuban people to speak out. "Anything that they say— it takes all the courage in the world, living in a communist country to speak out like that. That's fearless."

The people, he said, have lost their fear and "they've got nothing else to lose."