"I don’t want to disturb you but at the same time I just want to see if I could get a commitment from you, Senator." 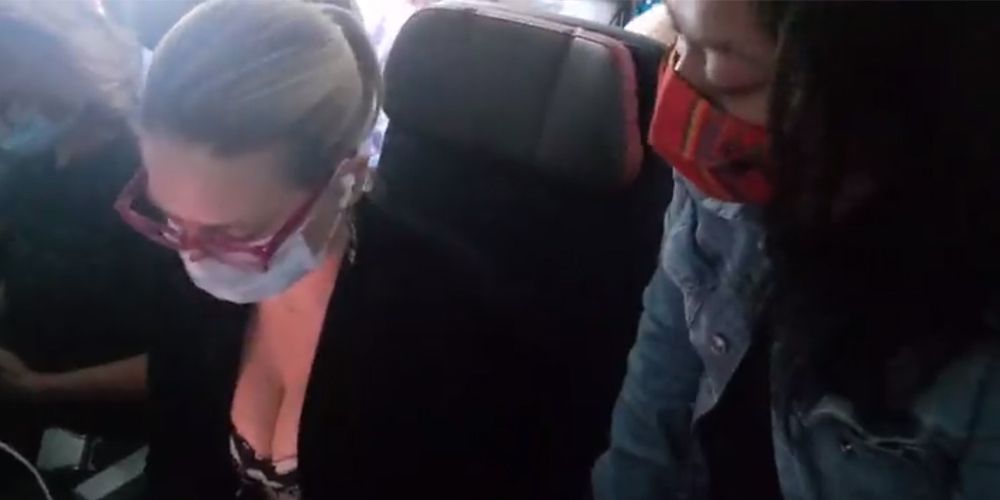 In a follow-up to activists cornering Senator Sinema in a restroom stall over the weekend, someone on the Arizona Senator’s flight to DC filmed herself approaching Sinema’s plane seat to ask more questions.

The video was posted by the Arizona Dream Act Coalition.

"Senator. Hello, how are you? Sorry I’m just… I’m Karina. I don’t know if you remember me. I just wanted to know if you could commit, as my Senator, if you can commit to passing a reconciliation that could provide a pathway to citizenship for immigrants. We have been waiting for this for too long. I just need to know if you can commit to passing a budget reconciliation that could include immigration and citizenship for people to be protected. Like me and many others."

The whole time so far, Sinema is looking down and not at this Karina person who approached her.

"Can you commit to that, Senator?" Karina asks. "I’m just [asking?] a simple question."

The next section is inaudible. Senator Sinema tried to say something, but all we can hear is Karina saying "my dad passed away last year."

"I don’t want to disturb you but at the same time I just want to see if I could get a commitment from you, Senator. This is my life and the life of millions in the line, I’d just like to hear from you."

Sinema looks away from Karina without answering.

Sinema sits looking down in silence.

"Alright Senator. I see that you don’t want to respond, thank you for your time."

It was late last month that the Senate parliamentarian denied Democrats the ability to use the $3.5 trillion “Build Back Better” bill for immigration.