Spoiler alert. There is none. 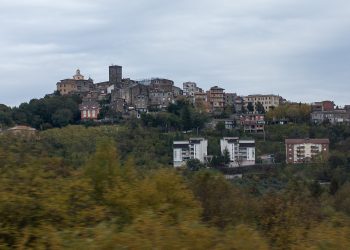 I was taught in high school that open debate was a cornerstone of our modern society. That free exchange of ideas and opinions was beneficial to everyone. Needless to say, I found myself optimistic at the age of 16. Was I sheltered? Perhaps. But not many teenagers have dystopian perceptions of society and culture when they’re still learning basic algebra.

In secondary school I read 1984. I immediately felt a fondness for Orwellian literature. While the novel’s content was a source of infinite intrigue, it seemed nothing more than abstract. I was mistaken.

When I began post-secondary education (CEGEP in Quebec) I was excited for what lay ahead. My intentions were to apply all that I learned from high school into my two years of college studies. Sadly, this was an idea that became entrapped in fiction.

It began when “racist”, “bigot”, and “white/male privilege” were used as derogatory labels in rational discussion. Prior to CEGEP, never was I accused of having “white privilege” for my dissenting opinions. Since then, it became a buzzword for those incapable of proper debate.

Fast track to 2019, where I have, again, been irrationally accused of benefiting from “white privilege”. This time, by my university peers. I am somehow burdened with the responsibility for the world’s problems. Worst of all, nobody told me why I’m guilty. It seems due process has been abandoned and replaced with angry accusations without validity.

These barbaric assumptions of my character ignore the person I actually am. According to the “woke” left, despite my participation in countless volunteering activities, and decision to live by the Jesuit model of being a “Man for others”, I am a nexus of sin for my inalienable qualities.

So, I am writing this article on my family’s history in the hopes of fully elucidating my lineage of privilege.

To begin, I am a second generation Canadian. Both sets of grandparents immigrated to Canada, a land of hope and promise, after fleeing their respective countries. For my grandparents, like many other immigrants, our country provides a new beginning. Akin to the American dream, those from all walks of life can make their fortunes here in Canada. And that was what my grandparents sought.

My maternal grandparents were both born and raised in Pofi, a small Italian town within close proximity to Rome. Their respective families were farmers, with considerable ambition and a praiseworthy work ethic. Simply put, they were respectable people and model citizens. During the Second World War, Pofi was overrun by soldiers and the town suffered damage from consistent bombing. Not to mention that Pofi is less than 50 kilometers away from Monte Cassino, the sight of a devastating battle that resulted in 75,000 casualties.

When the war finally ended, Italy faced widespread economic growth between 1950 and the early ’60s. However, because of the relative poverty that struck Pofi, alongside an injury suffered by my great grandfather, my grandmother had to cease her education and help the family survive. Nonetheless her father, a former Carabinieri home-schooled her, and she benefited greatly from his intellect. In 1957, at 17 years old, she traveled across the Atlantic Ocean, and into a world, she knew nothing about. That same year she married my grandfather and was ushered into adult life. It was not easy, and my grandparents were forced to overcome a multitude of near-impossible obstacles. But the two succeeded. Despite occupying ordinary jobs, both were able to create a better life for themselves and their three children. Central to my grandparents’ philosophy was faith in God, devotion to family, and gratitude to Canada.

It’s safe to say my maternal grandparents, originally farmers from war-torn Italy, did not benefit from their “whiteness” nor were they culprits of malevolence for simply being Caucasian.

My paternal family is of Egyptian origin. They’re Christians; a minority in a Muslim country. In the 1960s, Egyptian Christians began to flee the country after it fell into tensions between power monopolizing dictators and the Muslim Brotherhood. There was a surge in Coptic diasporas throughout the world during this period as well. My father’s parents were well-educated, however, this did not directly facilitate life after immigrating to Canada. Their family lived in a quaint apartment before moving into a small home off the island of Montreal.

To this very day, Christians in Egypt face disenfranchisement and persecution. Churches are burned and women of the faith face severe marginalization. Despite the hoards of data which shed light on the problem, it is irrelevant for those who claim to stand for “social justice”.

The truth is we each have our very own backgrounds and personal grievances. Each person is unique, and we ought to avoid tribalizing society and subsequently disqualifying the opinions of those from who we don’t want to hear.

The slander coming from the contemporary left is worrisome. Their quest of arbitrarily silencing all opponents draws parallels with medieval rulers. Those who share similar convictions with the authoritarian left have intruded all public spheres and are shaping new generations. Simply recall Dianne Feinstein’s unpleasant encounter with a radical mob of “progressive” elementary school children.

Being surrounded by an environment of unchallenged ideals fosters untamed hubris. It establishes flawed orthodoxy as objective reality, making even the slightest deviance an act of heresy.

The nature of disagreeing is enshrined in dogmatic understanding of free will. In secular terms, our individuality is a by-product of liberty. Forbidding the right to speak is a direct assault on the right to think. We ought to ignore the self-ordained defenders of repression and persist towards a society where ideas (except for those that call for violence) can be openly discussed.