California Democrat Rep. Sarah Jacobs told CNN's Brian Stelter that the United States needs a "Truth Commission," so a "common narrative" can be set forth. 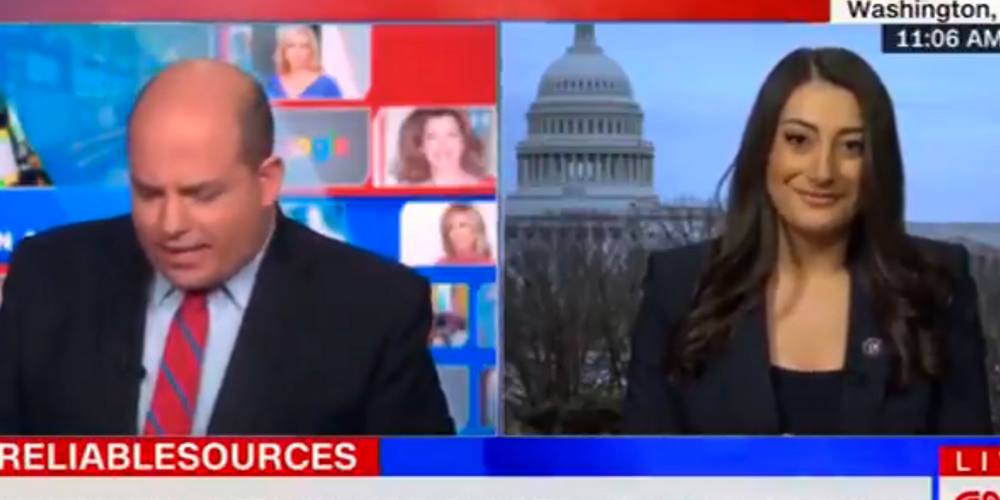 California Democrat Rep. Sarah Jacobs told CNN's Brian Stelter that the United States needs a "truth commission" so a "common narrative" can be set forth. Rep. Jacobs explained to Stelter that a "truth commission" could be one solution for sorting out the different conflicting political narratives in the US, by having one official government narrative of history and political events.

"Because we haven't really done the reckoning with the racial injustice and white supremacy of our past that we need to do, and so a Truth Commission, a lot of people will think of South Africa, we've used them in countries around the world," Jacobs started.

"Basically what it is, communities all the way up to the national level having conversations about both the gory and the glory of our history and what happened, both throughout the history of our country and leading up to and on January 6th so that we can come to a common narrative moving forward of what we want out country to be," she explained.

Stelter then asked if Jacobs thought Congress had "the stomach for" having those sorts of conversations. "I think so," Jacobs replied.

"But that we need to make sure we are doing accountability of anyone who incited, encouraged or committed acts of violence. And then really looking forward at kinds of things like Truth Commissions like democracy, like institution building that we know are going to be the real fixes to what we have in this country."