Republicans looked to ensure the rights of Americans online, while Democrats asked tech companies to crack down harder against freedoms of expression. 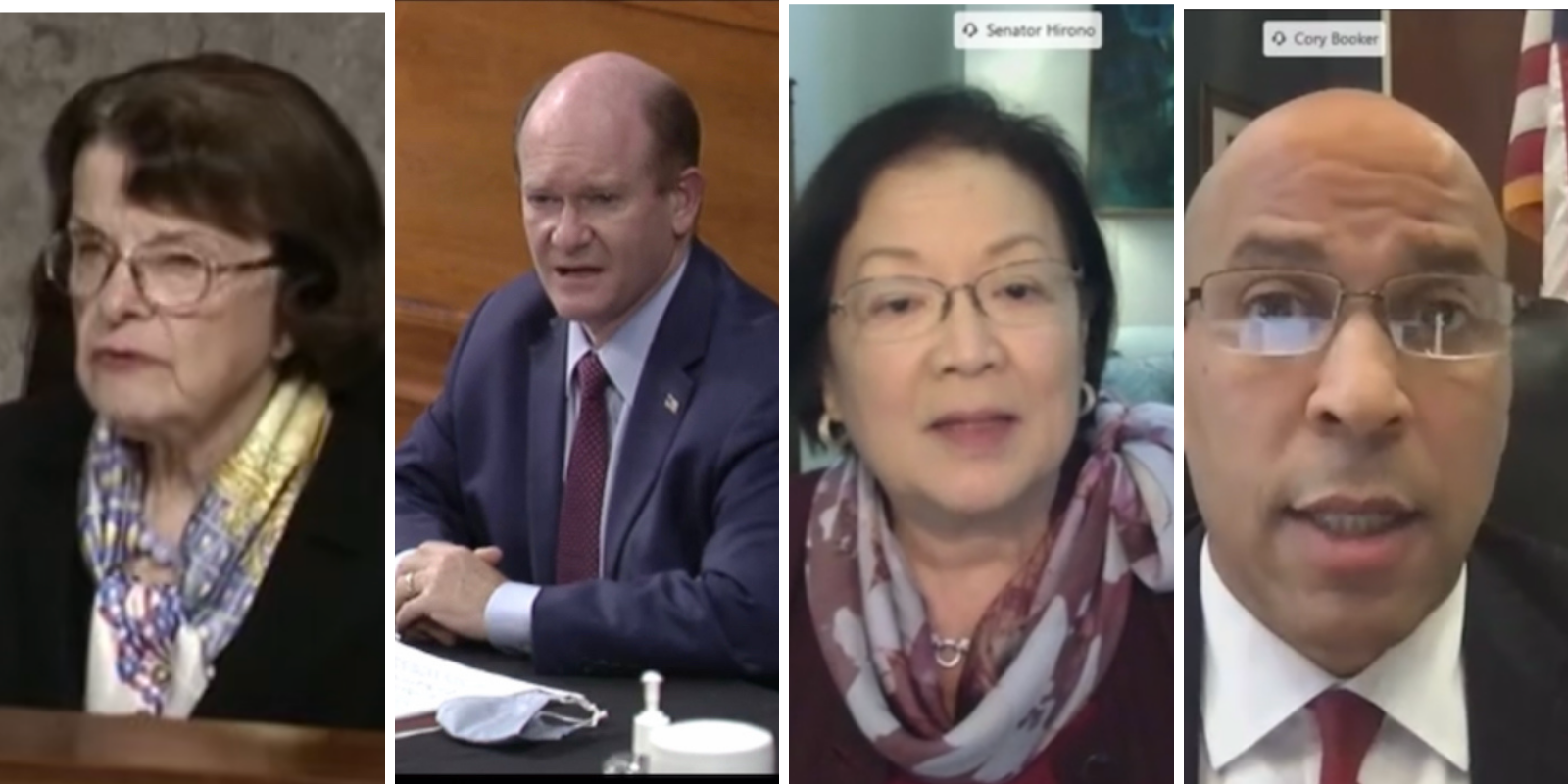 During the Senate hearing before the Judiciary Committee on Tuesday, addressing Censorship, Suppression, and the 2020 Election, the US got a glimpse of what we will be facing over the next four years of with the Biden administration.

When Republicans wanted to know just why a person, page, or view would be suppressed, Democrats said tech companies should suppress sooner, and thanked them for the censorship they had provided.

Republicans looked to ensure the rights of Americans online, while Democrats asked tech companies to crack down harder against freedoms of expression.

Conservative senators like Ted Cruz, Mike Lee, and Josh Hawley called out Jack Dorsey and Mark Zuckerberg, CEO's of Twitter and Facebook respectively, for their platforms' penchant for banning, suppressing, and censoring Americans.

While they held these sites to account for the power they wield over American discourse, their counterparts on the left advocated for more of it.

Sen. Diane Feinstein told Dorsey that "the entity that runs this operation ought to have an understanding that when there is a major situation that the tweets can play a unique role in reassuring or stirring people up to unacceptable levels."

Dorsey defended the labels, saying "I believe it's really important that we show people a broader context. And that is the intention of the label. It is not just text below a tweet, it is a link to connect to a much larger conversation to news articles across the spectrum."

Still, Feinstein admonished Dorsey for not being tougher on the president, saying the president's tweets create a "highly emotional situation." In answering questions, Dorsey had to defend the limited free speech constraints that the platform employs.

Senator Chris Coons, of Delaware, called on Zuckerberg to institute stronger constraints on speech as well, saying that:

"Mr. Zuckerberg, as you know, yesterday I sent you, along with 14 of my colleagues, a total of 15 senators, we sent you a letter urging Facebook to do more to address hate speech and calls to violence on the platform. We focus particularly on anti-Muslim bias; an issue that warrants special attention given the tragic consequences of anti-Muslim hate speech in Myanmar, and Sri Lanka, and New Zealand, and right here in the United States.

"And I appreciate that Facebook has taken actions in response to these issues but this letter points out why we need better metrics and transparency to actually evaluate your actions. My colleagues and I urge better enforcement in particular of your call to arms policy, which could have made a difference in a recent tragedy in Kenosha, Wisc."

For Coons, Facebook should be responsible for restricting hate speech, and preventing people from gathering to express their second amendment rights as well. Hate speech isn't law in the US, isn't codified, and a law of this nature would be a violation of our constitutional rights to free speech. But Coons would like the workaround of having tech companies limit the free speech of Americans, and he and 14 of his fellow senators have called on the social media company to do that work for them.

Sen. Mazie Hirono also railed against the labels, saying that they weren't enough to curb the president's lies. She called on both Facebook and Twitter to deplatform the president as soon as he is out of office. Both CEO's said that removing Trump from their platforms, if he violated the terms of service, would definitely be a possibility.

"What are both of you prepared to do regarding Donald Trump's use of your platforms after he stops being president, will be still be deemed newsworthy and will he still be able to use your platforms to spread misinformation?" Hirono asked.

"In terms of President Trump and moving forward," Zuckerberg replied, "there are a small number of policies where we have exceptions for politicians under the principle that people should be able to hear what their elected officials are saying and candidates for office, but the vast majority of our policies have no newsworthiness or political exception, so if the president or anyone else is spreading hate speech, or inciting violence, or posting content that delegitimizes the election or valid forms of voting, those will receive the same treatment as anyone else saying those things, and that will continue to be the case."

"So we do have a policy around public interest where for global leaders we do make exceptions in terms of if a tweet violates our terms of service we leave it up, but we leave it up behind an interstitial, and people are not allowed to share that more broadly, so alot of the sharing is disabled more broadly except for quoting it. So if an account is not a world leader anymore, that particular policy goes away."

Hirono was not convinced.

Sen. Cory Booker expressed his outrage at social media companies, but also he thanked them for censoring Americans on Facebook.

"I was really pleased," he said to Zuckerberg, "that the group Stop the Steal, which was a group formed on Facebook with disinformation trying to delegitimize the election, I was grateful that you all suspended that account after 24 hours."

"But I'm concerned about what lessons you've learned," he said, "because clearly outside groups like the Center for Countering Digital Hate flagged that groups posts containing calls to violence hours before Facebook did, and I'm wondering what you all have learned about speed."

"What does Facebook really factor in, in terms of speed in trying to combat surges of disinformation about this group?"

Booker went on to note that Twitter had banned Steve Bannon's accounts over a violation of Twitter policy, and wanted to know why Facebook had not also banned Bannon. But Bannon was banned over a violation of Twitter's policy. Booker clearly believes, in direct opposition to his colleague Sen. Josh Hawley, that the big tech platforms should collude on content moderation.

Republican senators are actively trying to prevent collusion among big tech platforms with regard to censorship and suppression, wanted to vouchsafe user privacy and ensure their freedoms of speech. Democrat senators are advocating for platforms to collude on content moderation, to increase censorship, and to deplatform private citizens.