Democrats rushed to politicize tragedies at schools on opposite sides of the country, despite their narratives running contrary to the facts in the cases. 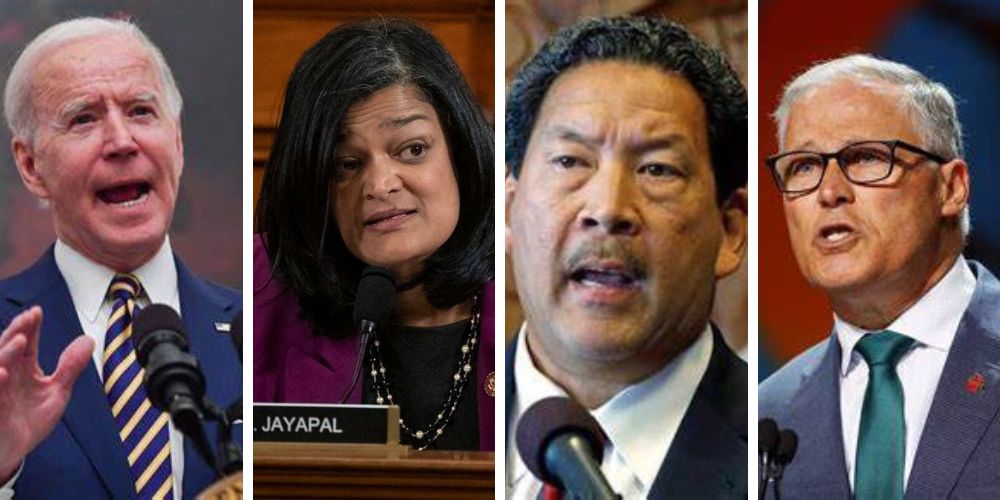 Ari Hoffman Seattle WA
Nov 16, 2022 minute read
ADVERTISEMENT
ADVERTISEMENT
Democrats rushed to politicize tragedies at schools on opposite sides of the country, despite their narratives running contrary to the facts in the cases.

Within hours of authorities arresting a suspect in the fatal shooting of three football players at the University of Virginia, the Biden administration called for an assault weapons ban even though the suspect allegedly used a handgun in the slayings.

According to a statement from The White House, President Joe Biden and First Lady Jill Biden were "mourning with the University of Virginia community after yet another deadly shooting in America has taken the lives of three people."

"Too many families across America are bearing the awful burden of gun violence," the statement read before touting Biden earlier this year signing the bipartisan gun control bill in June which the administration called the "most significant gun safety law in nearly three decades.”

The White House added, "But we must do more. We need to enact an assault weapons ban to get weapons of war off America’s streets. House Democrats acted, and the Senate should follow."

However, an assault weapon was not used in the killings. According to police, Christopher Darnell Jones Jr., a 22-year-old University of Virginia student and former member of the school's football team was arrested Monday morning in connection with the fatal shootings of Devin Chandler, Lavel Davis Jr., and D'Sean Perry and wounding two other students Sunday night.

Democrats on the other side of the country were quick to parrot the same narrative regarding a school shooting in Seattle.

Court documents obtained by The Post Millennial described a bathroom fight over a gun between two groups of students that led to the deadly shooting at Ingraham High School last Tuesday.

According to the documents, the teens were fighting because the boy who was shot was aware the accused shooter had brought a gun to school and he wanted it.

Parents told The Post Millennial that gang violence and drug dealing may have played a role in the altercation. Gang violence in the school and in the surrounding neighborhood has spiked since
Seattle Public Schools banned police from campuses in 2020 and the Seattle City Council voted to defund the police. The handgun used in the shooting and found in the teen’s backpack was reported as lost the previous month to the Snohomish County Sheriff’s office.

Despite the facts of the case, students, encouraged by local politicians, walked out of school on Monday to demand an end to "gun violence."

Students protesting at City Hall on Monday parroted their progressive teachers’ demands which included, not allowing police back on campus, refusing to install metal detectors common at sporting venues, a ban on “assault rifles,” updated “safe storage laws,” $9 million dollars for more school counselors, and training in de-escalation and “anti-racism” for security guards.

Democrat Governor Jay Inslee and alumnus of Ingraham tweeted before the walkout, “These Rams know the power of their voices. Their calls for action against gun violence and for student safety are calls we must heed.”

Despite stringent local gun laws on legal firearm owners, which many noted none of which would have prevented the tragedy, Democratic Mayor of Seattle Bruce Harrell tweeted, “Today, students spoke out to demand gun safety after the tragic shooting at Ingraham High School. No student should feel unsafe at school, and we will work to support local solutions and advance overdue state and federal gun safety measures – lives are on the line.”

“This program supports a multi-initiative, multi-organization network that provides intervention, prevention, and restoration services including critical incident and hospital-based response, and wrap-around life-affirming care to those most impacted by gun violence.”

Progressive “Squad” member Democratic Rep Pramila Jayapal tweeted, “Every child deserves the right to go to school without fear. I'm so proud of these students standing up for their rights and their lives. We can and must do more to protect them.”

Yet Jayapal herself has advocated for defunding the police and against protecting Supreme Court Justice Brett Kavanaugh after an assassination attempt but demanded security after a man showed up at her home to threaten the congresswoman.
ADVERTISEMENT
ADVERTISEMENT
Untitled_design_-_2022-11-15T002512.972