"As presented, the content of this course is inexplicably contrary to Florida law and significantly lacks educational value." 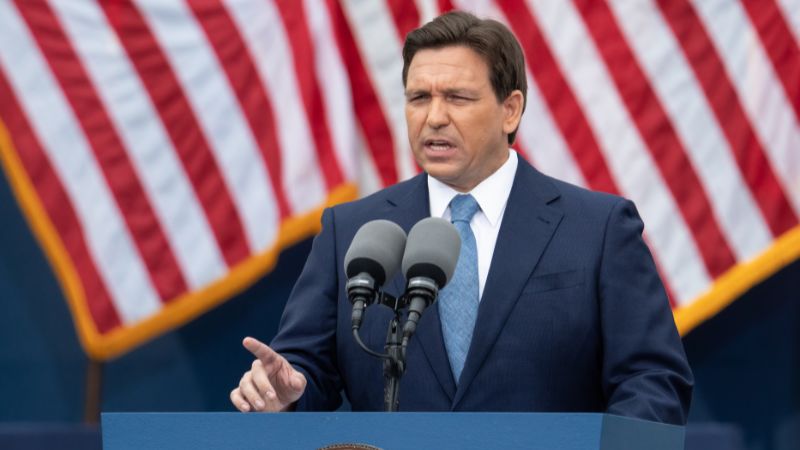 The Florida Department of Education (FDOE) has rejected an Advanced Placement course from the College Board on African American studies, saying that the course "lacks educational value."

In a letter sent to Brian Adams, Senior Director of the College Board Florida Partnership, the FDOE’s Office of Articulation stated that "As presented, the content of this course is inexplicably contrary to Florida law and significantly lacks educational value."

"In the future, should College Board be willing to come back to the table with lawful, historically accurate content, FDOE will always be willing to reopen the discussion," the January 12 letter added.


The course contains four units, titled "Origins of the African Diaspora," "Freedom, Enslavement, and Resistance," "The Practice of Freedom," and "Movements and Debates."

The first unit goes over African geography and different African populations, including weekly topics like "women and leadership," "reframing early African history," and "Africans in Europe and European in Africa."

The second and third units study enslavement, the transatlantic slave trade, and the freeing of slaves. Weekly topics include "African Explorers in the Americas," "Radical Resistance," "A Question of Naming: African and/or American," "Violence and White Supremacy," and the "New Negro Movement."

The final topic looks at historical and modern movements among African diaspora populations, with weekly topics including "The Black Power Movement and the Black Panther Party," "Student Protest and the Birth of Black Studies," "The Black Feminism Movement and Womanism," "'Postracial Racism and Colorblindness," and the "Reparations Movement."

"Students shall develop an understanding of the ramifications of prejudice, racism, and stereotyping on individual freedoms, and examine what it means to be a responsible and respectful person, for the purpose of encouraging tolerance of diversity in a pluralistic society and for nurturing and protecting democratic values and institutions," the Florida statute reads.

Instructors are required to "include the roles and contributions of individuals from all walks of life and their endeavors to learn and thrive throughout history as artists, scientists, educators, businesspeople, influential thinkers, members of the faith community, and political and governmental leaders and the courageous steps they took to fulfill the promise of democracy and unite the nation."

The statute clearly states that "classroom instruction and curriculum may not be used to indoctrinate or persuade students to a particular point of view inconsistent with the principles enumerated in subsection (3) or the state academic standards."

Subsection three says that instruction and classroom materials "must be consistent with the following principles of individual freedom" including that "No person is inherently racist, sexist, or oppressive, whether consciously or unconsciously, solely by virtue of his or her race or sex," "No race is inherently superior to another race," "No person should be discriminated against or receive adverse treatment solely or partly on the basis of race, color, national origin, religion, disability, or sex," and "Meritocracy or traits such as a hard work ethic are not racist but fundamental to the right to pursue happiness and be rewarded for industry."

Additionally, the subsection states that "A person should not be instructed that he or she must feel guilt, anguish, or other forms of psychological distress for actions, in which he or she played no part, committed in the past by other members of the same race or sex."