DeSantis endorses school board candidates that align with his education agenda

DeSantis' political campaign launched an online survey to potential school board members, to gauge how closely they align with his educational priorities centered around parent's rights. 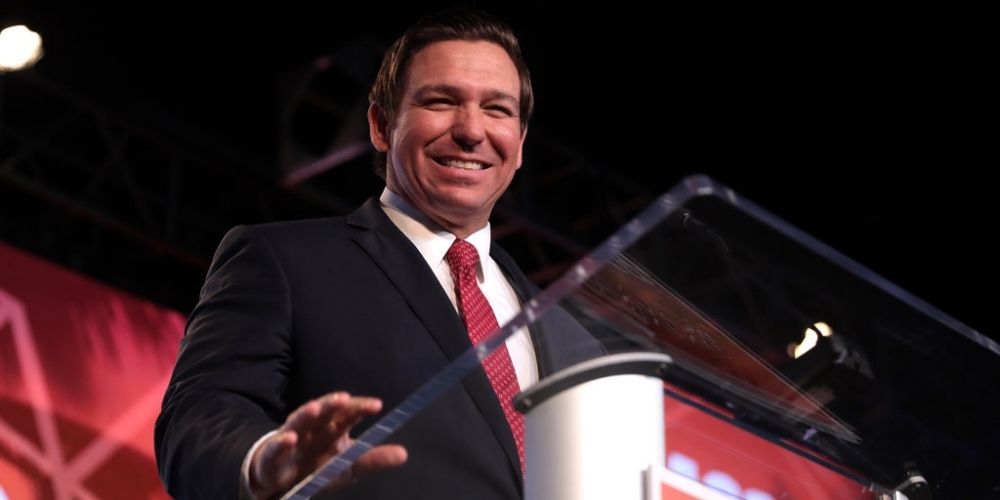 As conservatives around the country are placing a huge emphasis on school board races, Florida's Republican governor Ron DeSantis is building a roster of local candidates that he can endorse.

Public school boards have become battle grounds in the fight against masking vaccine requirements, critical race theory, and lessons on sexuality being taught to young children. Last month, DeSantis announced endorsements of 10 candidates for school boards across the state.

The method in which the governor is deciding on which candidates to endorse has turned heads. Two weeks ago, DeSantis' political campaign launched an online survey to potential school board members, to gauge how closely they align with his educational priorities centered around parent's rights. The "DeSantis Education Agenda," also provides the opportunity for candidates to sign a certificate pledging their support for the governor’s plan.

Survey respondents are asked questions such as "Do you agree that students should be educated and not indoctrinated?" and "Should Florida's students be locked out of school or subjected to forced masking?" If they respond correctly, the candidates receive a certificate that reads "I stand with Governor Ron DeSantis and pledge to..." followed by his list of education priorities.

The growing list of endorsements includes April Carney, who decided to run for the Duval County school board after her kids struggled with COVID restrictions, and Miami-Dade County teacher Monica Colucci who has taken a strong stance against transgender athletes in girls sports, according to Axios.

The practice of sending out questionnaires to school board candidates isn't common for governors, but DeSantis and may influence other Republican governors to do the same. DeSantis, who's running for re-election this year, is widely viewed as a leader within the GOP, and is considered to be a 2024 presidential prospect, despite the lack of an official campaign announcement.