"They were following the weather track. And they had to make decisions based on that. But you know, 72 hours, they weren't even in the cone. 48 hours they were on the periphery," said DeSantis. 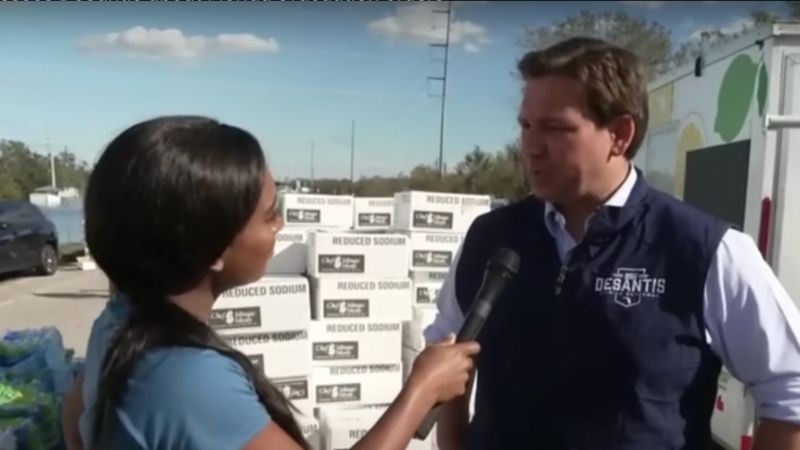 Joshua Young Youngsville North Carolina
Oct 3, 2022 minute read
ADVERTISEMENT
ADVERTISEMENT
Florida Governor Ron DeSantis quickly stifled a biased question concerning Hurricane Ian policy from CNN correspondent Nadia Romero as she asked, "Why do you stand behind Lee County’s decision to not have that mandatory evacuation until the day before the storm?"

"Well, where was your industry stationed when the storm hit? Were you guys in Lee County? No, you were in Tampa," DeSantis said. "They were following the weather track. And they had to make decisions based on that. But you know, 72 hours, they weren't even in the cone. 48 hours they were on the periphery."

Hurricane Ian made landfall in Florida on Wednesday and Lee County, which was hit hard by the storm, did not issue its mandatory evacuation until Tuesday. DeSantis' noting of where CNN was located in Tampa was illustrative of how the network was based in the location meteorologists thought would be more strongly affected.

Tampa turned out to be moderately impacted by the hurricane.

DeSantis pointed out that Lee County, which includes Cape Coral, Fort Myers, and Sanibel Island was initially not within range of storm impact projections. The projections changed rapidly and in real time.

DeSantis said of Lee County, "I think part of it was, so much attention was paid to Tampa, a lot of them thought they wouldn’t get the worst of it but they did, and I think it is easy to second-guess them. But they were ready for it the whole time and made that call when justifiable to do so."

Clay Travis said, "One of CNN’s reporters came after Ron Desantis over hurricane response. It didn’t go well for her. Here’s the deal, you don’t have to like Desantis’s politics, but how man politicians in our country have his brains & his command of the facts? Almost none."

Others noted the overt bias of the question.