"Good morning ladies and gentlemen, this is your Governor speaking. Today’s training evolution: dogfighting. Taking on the corporate media." 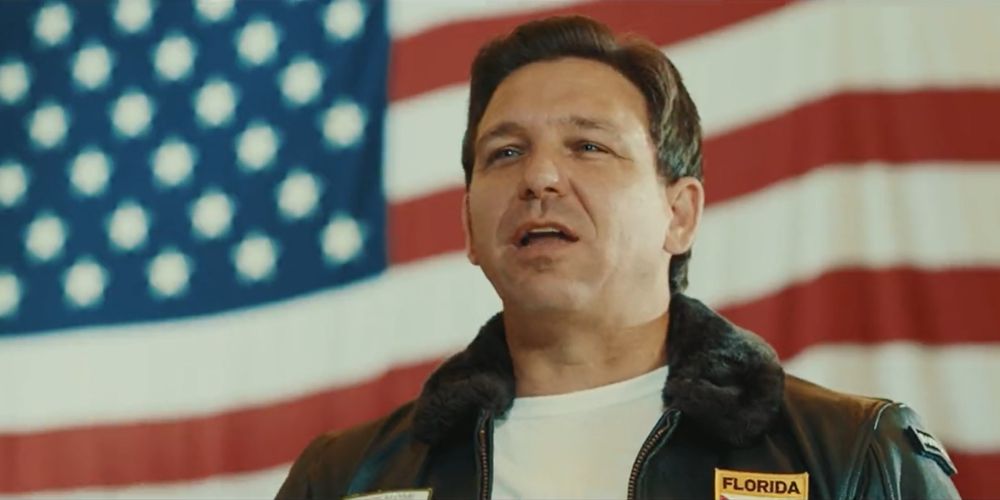 The "Top Gov" ad featured DeSantis fighting back against corporate media reporters during exchanges he has had during press conferences while in office.

DeSantis dressed in a flight jacket begins by saying, "Good morning ladies and gentlemen, this is your Governor speaking. Today’s training evolution: dogfighting. Taking on the corporate media."

DeSantis continued, "The rules of engagement are as follows: Number one, don’t fire unless fired upon, but when they fire, you fire back with overwhelming force."

The video cuts to DeSantis firing back at a reporter saying, "Does it say that in the bill? I’m asking you to tell me what’s in the bill."

DeSantis continued, "Number two, never ever back down from a fight,” before the video cuts to a clip of a reporter arguing with the governor who said, “If I could just complete the question though..."

"So are you going to give a speech or ask the question?" DeSantis quipped.

The Florida governor then said, "Number three, don’t accept their narrative" and the video cuts to DeSantis slamming another reporter saying, "Wrong. It’s a fake narrative. I just disabused you of the narrative and you don’t care about the facts."

DeSantis then fired back at another reporter, "It’s why people don’t trust people like you because you peddle false narratives."

The ad ended with DeSantis in the cockpit of a fighter with his son in his lap, who excitedly says, "Let’s turn and burn!"

DeSantis was in the Judge Advocate General Corps of the US Navy. He also served as a member of  SEAL Team One and deployed to Iraq. Following his military service, Desantis served as a federal prosecutor for the Department of Justice at the US Attorney’s Office in the Middle District of Florida.

DeSantis was honorably discharged from active duty in February 2010 and accepted a Reserve commission as a Lieutenant, Judge Advocate General Corps, in the US Navy Reserve. He's been awarded the Bronze Star as well as the Iraq Campaign Medal.

The Democrats in the Sunshine State will be choosing their nominee on Tuesday who will be going head-to-head with DeSantis in the November general election. Commissioner of Agriculture Nikki Fried and congressman and former Republican Gov. Charlie Crist who became a Democrat in 2012 are among those vying to challenge DeSantis.