Disgraced CNN anchor Brian Stelter hosts panel on media 'disinformation' at WEF, claims US has a lot to learn from European internet regulation

On Tuesday, disgraced former CNN anchor Brian Stelter took to the stage at the World Economic Forum's Annual Meeting to chair a panel on "disinformation." 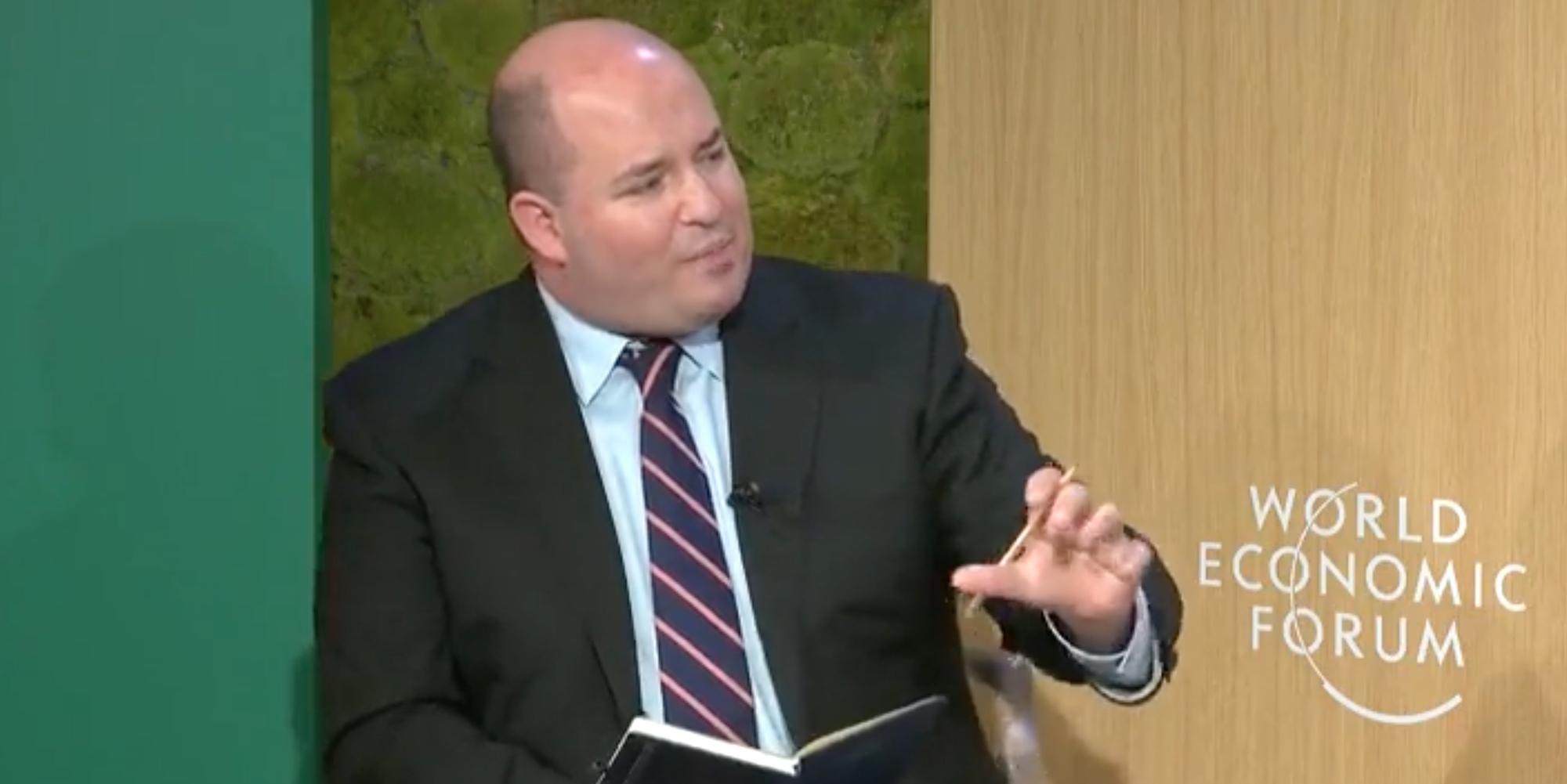 The panelists claimed that the spread of fake news was among the greatest threats currently facing society, and praised Europe for its strict internet regulations.

"If you look at this question of disinformation," Sulzberger replied, "I think it maps basically to every other challenge that we're grappling with as a society, and certainly the most existential among them."

"What it attacks is trust," he continued, suggesting that a lack of trust will result in the disintegration of society. "People fracture along tribal lines, and that immediately undermines pluralism, and the undermining of pluralism is probably the most dangerous thing that can happen to a democracy."

Sulzberger went on to claim that those who invoke terms such as "fake news" and "enemy of the people" were following in the footsteps of repressive regimes such as Nazi Germany and Stalinist Russia. He also contended that the information ecosystem had become poisoned to such an extent that it would require years of sustained effort to get things back on track.

Jourová suggested that one of the ways governments and big tech companies could fight back against disinformation was via increased regulations, not least on "hate speech," which she called on the US to legislate as the EU has done.

"Should we learn in the US something from the structures that the EU has adopted?" Stelter asked Moulton.

"I think in general the US has a lot to learn in terms of data regulation, internet regulation," Moulton replied, telling Jourová, "You're way ahead of us in that regard." He praised the EU for certain steps they've taken, including putting cookie preferences on websites into the hands of users.

Moulton went on to clarify, however, that he was a proponent of free speech, and that he saw concern regarding regulation in the US as "healthy," given its potential consequences for a nation full of people who value their ability to express themselves.

"I don't think lawmakers in America want to give up on the fundamental principle of free speech," he added.
ADVERTISEMENT
ADVERTISEMENT
Stelter_WEF