Doctors against guns? Toronto physicians to take part in rally for handgun ban

According to their mission statement the group is calling on the government to restrict gun ownership and “recover firearms currently in circulation”, among other aims. 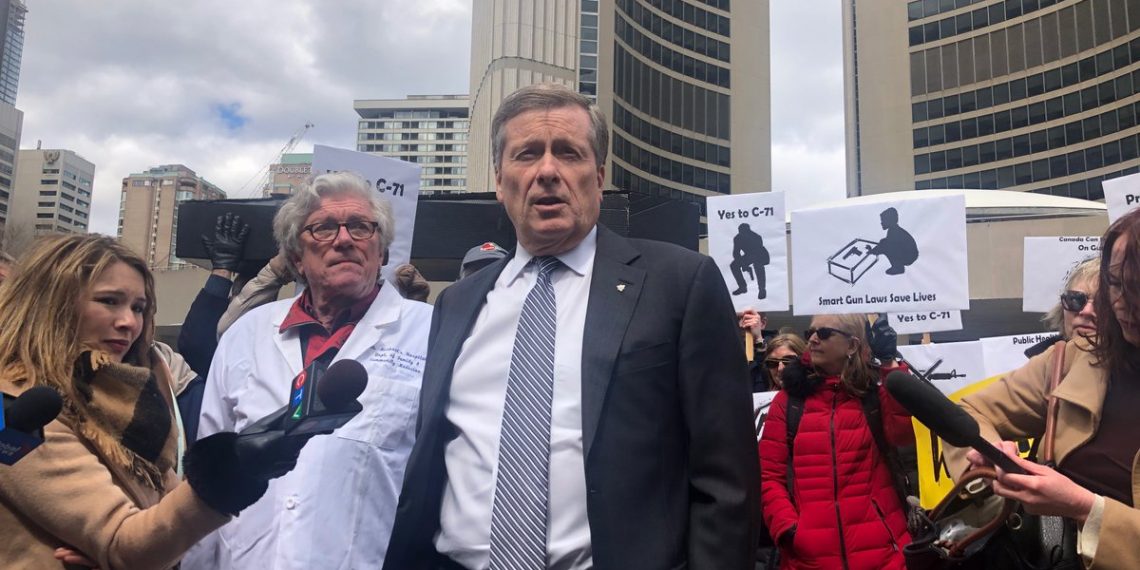 Physicians and healthcare workers are expected to join a rally on Wednesday in Toronto to call for stronger gun laws and a ban on handguns.

The rally which is called the “National Day of Action” was organized by the Canadian Doctors for Protection from Guns (CDPG).

“We can make our families and communities safer. Say yes to a ban on handguns and assault weapons in Canada,” claims the group’s website.

According to their mission statement the group is calling on the government to restrict gun ownership and “recover firearms currently in circulation”, among other aims.

“Many people may not know that in Canada, the number of firearms owned  in the public domain has been increasing steadily. There’s approximately  one million classified as restricted firearms, and these are not  hunting rifles, these are handguns as well as semi-automatic rifles.  We’re concerned about that,” said Dr. James Byrne, a physician involved in the movement.

Currently Bill C-71 is making its way through legislature and is intended on reforming Canada’s existing gun laws.

One senator appointed by the Prime Minister, has called for a handgun ban to be rushed through the senate before the 2019 election.

Among the options on the table, according to Minister of Border Security and Organized Crime Reduction, Bill Blair is a ban on “assault rifles” and handguns. Currently Blair is conducting a review on gun laws which will be taken into consideration in Bill C-71.