Don Cherry said something off the cuff, but people need to relax

A lot of the outrage over Don Cherry’s ham-fisted comments seem to depend on what people already thought of the man. 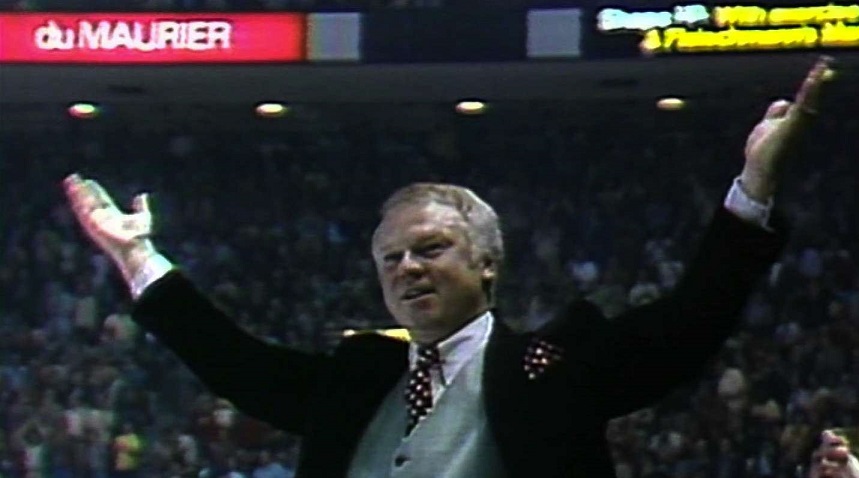 Alright everybody, take a chill pill.

It’s Remembrance Day and you’re probably all fired up about Don Cherry’s comments on Coaches Corner Saturday night. There certainly was a lot of moral preening and squawking happening on Twitter Sunday.

However, before we talk about that, I think it’s important that we all take a moment to remember why we mark this day and the many sacrifices that were made so that we can live here in freedom.

Now that you’ve done that, let’s discuss the remarks a sour Grapes made on Saturday night.

In case you missed them, you can view them in the video below.

Whether you consider them to be heinous, or racist and xenophobic as some have suggested, seems to largely depend on your opinion of Cherry prior to the comments being made.

While both Sportsnet and the NHL did their corporate due diligence and released statements denouncing the comments, as with any political statement from profit-driven companies, they are both to be taken with a large grain of salt. Corporations are incredibly craven to any social media backlash.

It was surprising, however, to see his longtime co-host and friend Ron MacLean issue an apology for the “hurtful and prejudiced comments.”

To give MacLean the benefit of the doubt, instead of chastising him for throwing his friend under the bus, I think two things can be true at once here.

One, MacLean, always a genial and soft spoken man, could be legitimately disappointed with himself for letting Cherry make what he would later see as “hurtful and prejudiced” remarks without jumping in and attempting to clarify, as he so often does in many other situations on the show.

Two, MacLean may have actually agreed with the general sentiment that Cherry was laying out, namely that all Canadians should buy a poppy and support our veterans, and didn’t realize that the Twitter mob would jump all over this and blow it out of proportion.

Ultimately, this is a difficult matter to deal with objectively because there are no readily available statistics on poppy purchases per region in Canada broken down by immigration origin.

Is it possible what Cherry is saying is true? While I don’t live in Toronto myself, I could see that as the number of World War veterans declines and with many new Canadians settling in the GTA, the relevance and importance of the poppy and the sacrifice it represents, could be lost on those unfamiliar with the history of Canada’s contribution.

Of course, this is not to say that there are not many patriotic immigrants who buy a poppy and display it proudly–on the contrary. Many new Canadians are tremendously patriotic and often put longtime Canadians to shame.

However, if we take a moment to see things from Cherry’s point of view, instead of joining in with the seething hate of the Twitter mob, it seems logical to conclude that someone who has lived over the course of time Cherry has, could have easily witnessed a decline in poppy usage in an area like Mississauga.

As a longtime military supporter, this obviously annoyed and disturbed Cherry, prompting him to say what he said.

Now, was it the best or smoothest way to say it?  No, I think it’s fair to say it was not.

Then again, this is Don Cherry we’re talking about–a man beloved for his brash hockey opinions and not his carefully constructed sentences. It certainly was ham-handed to say “you people”, but Cherry has never been known for his eloquence. If you listen to what he was trying to say it’s pretty clear he just wants newcomers to honour the troops and fallen soldiers that have paid the ultimate price for our freedom. And he wasn’t just singling out immigrants, he also called out longtime Canadians as well.

Asking newcomers to assimilate to certain customs and show respect to the men and women who serve is not tantamount to being a raging racist.

All of this is to say that I think we should all exercise a little grace and cut the 85-year-old man some slack. His remarks were meant to be made in support of the troops and not to bash immigrant groups. If you genuinely believe that Don Cherry is a full-blown racist, I sincerely believe you are mistaken.

To make this Remembrance Day all about how you were offended by Cherry’s comments is immensely disrespectful to Canada’s troops.

Cherry is a cultural icon in this country and has been a symbol of stability and national pride for Canadians of all stripes across Canada for decades. He may be a little rough around the edges, but millions of Canadians still love him.