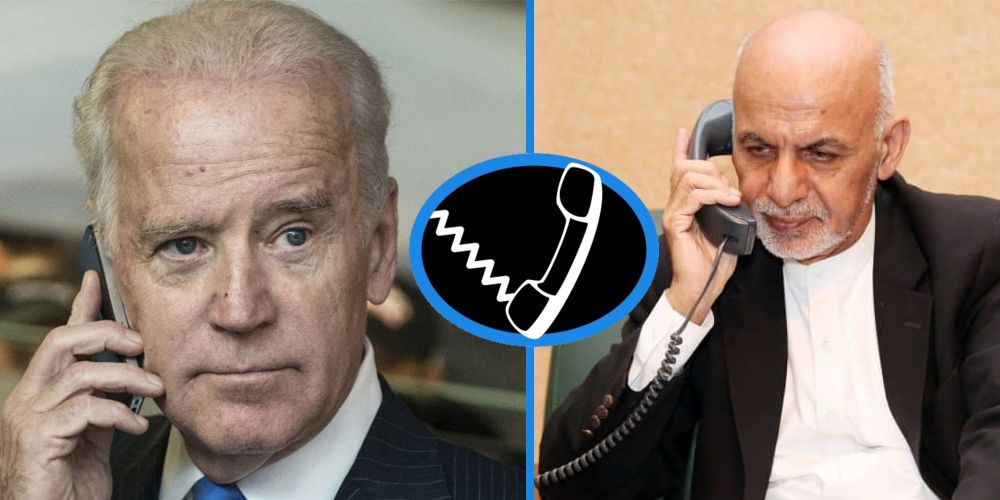 The precedent set by the impeachment attempt against former President Trump has now set the standard for action in expected responses over President Biden’s controversial withdrawal from Afghanistan.

The people calling for Biden’s impeachment in recent days are pointing towards the mishandling of the evacuation of Americans and other relevant people in a timely fashion from Afghanistan.

With the breakthrough report from Reuters about a phone call between the US and Afghan presidents, the situation intensifies.

What Don Jr. is referring to is the first impeachment attempt against Donald Trump during his administration. The scandal centered around a phone call in July 2019 between him and the newly elected Ukraine President Volodymyr Zelensky.

This time, as described by the New York Post, it was a leaked call between President Biden and former Afghan President Ashraf Ghani in the final weeks of his rule.

“I need not tell you the perception around the world and in parts of Afghanistan, I believe, is that things are not going well in terms of the fight against the Taliban,” Biden told Ghani.

The next part is what caught people’s attention. “And there is a need, whether it is true or not, there is a need to project a different picture,” the President told the former leader of Afghanistan.

This contradicts the narrative presented publicly.

What we can say in the aftermath of the Kabul withdrawal is that Biden sowed international doubt, left questions over the loss of servicemember’s lives, yet still left hundreds of people stranded in a country under the Taliban’s control.