Experts claim that the Liberal Pharmacare plan is neither well-funded nor well-detailed. 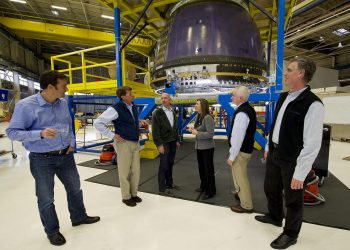 The Liberals recently announced their plan to implement universal pharmacare across Canada.

This isn’t a new plan. The Liberals announced the same plan 22 years ago too, then, they didn’t deliver on it.

Many pundits are suggesting that this election promise may be as empty as the one made 22 years ago.

Experts claim that the Liberal Pharmacare plan is neither well-funded nor well-detailed.

Jonathan Gatehouse from CBC claims, “Filling the gaps in Canada’s health care system will take billions of dollars more than the Liberals have put on the table.”

Victoria Gibson from iPolitics says, “Asked by a reporter about the discrepancy between his $6 billion commitment and the PBO’s estimate, Trudeau did not give a clear answer.”

It seems to be a recurring theme: climate change, cellphone costs, and now pharmacare.

There is no timeline, no real estimates, and no details.

The NDP’s press release responded to the development of this story with the following statement:

“Just six days after telling Canadians he would bring in pharmacare, Justin Trudeau has completely abandoned Canadians struggling with the cost of prescription drugs.”

The Liberals had tasked an advisory council to look into the costs for universal pharmacare. The results were staggering.

To implement a watered-down version, the government would have to spend $4.1 billion in 2022. The full version could inflate the price tag to $15.3 billion by 2027.

Michael Law, an associate professor of public health at the University of British Columbia, said, “what they [the Liberals] are currently proposing to spend is nowhere near what they would have to spend to set up a national pharmacare program.”