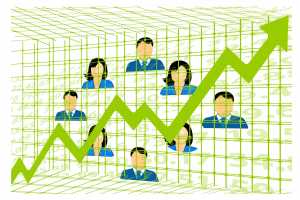 For most that seems like extremely good news, especially when you consider the unemployment rate which fell from 5.8 to 5.7%.

On the other hand. David Rosenberg, the Chief Economist at Gluskin Sheff & Associates is advising caution.

“Did you really believe that the Canadian labour market is so volatile that we could have a decline in the labour force in one month, followed by a 100,000-increase in the next month? Is our labour market more volatile than the stock market is? It’s hard to believe,” Rosenberg said in an interview with BNN Bloomberg Friday.

Rosenberg also pointed out that a large portion of the gains was in the construction industry, which would be good if the country was not battling a housing bubble in some of its largest metropolitan areas.

What do you think about Canada’s large job gains? Join the conversation by commenting below!