Since Rosemary Barton has been moved to CBC’s chief political correspondent, let’s recount some of the times she was incredibly biased for the Liberals. 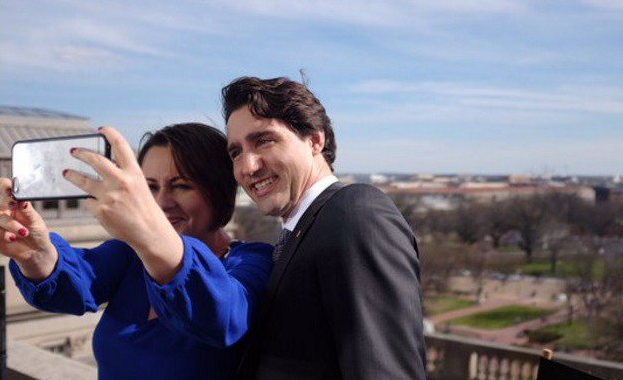 Rosemary Barton has finally been demoted by the CBC after the public broadcaster announced last week that it was giving up on the disjointed and ratings-killing four-anchor format for its flagship show.

CBC’s The National was revamped a couple years ago when Peter Mansbridge retired, and it has been losing its small viewership ever since, losing nearly 25 percent (about 124,000 viewers abandoning the program) by the summer of last year, despite the CBC spending a lot in promotional ads to sell Canadians on the new anchors and format. As the viewership has declined, so too has the CBC’s ad revenue.

Rosemary Barton has been scrutinized many times in the past for having bias as a reporter. The Post Millennial takes a look back at the eight times (there are far more examples) Barton showed bias for the Liberals while feigning to be a nonpartisan journalist above reproach.

In a conversation with colleague Andrew Nichols about the similarities of the personal beliefs on abortion between Justin Trudeau and Conservative leader Andrew Scheer, Barton was quick to dismiss the fact that Trudeau said he was personally against abortion as well.

2. “So do deficits even matter these days? I don’t think so”

Trudeau and the Liberal government have come under fire for their spending and bringing the nation deeper and deeper into debt with massive deficits racking up tens of billions in red ink. While anchoring the nightly news, Barton gave her “objective” opinion that deficits aren’t really a thing Canadians should worry their pretty little heads about.

During the fall 2019 election Rosemary Barton steered an on-air conversation away from the SNC-Lavalin scandal, suggesting that they had already covered it so much, essentially implying it was beating a dead horse.

She also dismissed the RCMP investigating Prime Minister Justin Trudeau’s involvement in the SNC-Lavalin scandal, in what could possibly be deemed attempted obstruction of justice, suggesting the RCMP were just “asking a few questions”.

Back before Rosemary Barton was promoted to being the host of CBC’s Power and Politics, which she hosted for a few years before being promoted yet again to anchor The National, she and her fellow Liberal partisan, Katie Simpson, were riveted by Conservative Senator Mike Duffy’s expense scandal, both breathlessly reporting from the trial, in which Duffy was found innocent of all charges. But they did their best to try to pin it on Harper in the lead-up to 2015 election, despite the initial scandal breaking in 2012. One would imagine the expense scandal was quite minor in comparison to a sitting PM potentially corrupting the justice system, but not for Barton.

Never mind that Harper’s chief of staff paid the money back, and then resigned when the media found out, it was far more scandalous than the SNC-Lavalin affair!

Rosemary Barton routinely downplays the flaws of PM Justin Trudeau and the Liberals not only on air, but via Twitter. When Trudeau decided campaigning for the Liberal Party of Canada in a by-election was more important than being in Ottawa governing the country she gave her biased “hot take” that by-elections are important.

It’s hard to believe she’d be so charitable to Harper or Andrew Scheer.

When polls weren’t looking all that rosy for Justin Trudeau, Rosemary Barton claimed that Trudeau would be able to stay on as PM in a minority situation even if the Liberals won less seats than the Conservatives, something that would be essentially unprecedented in Canadian federal Parliament.

These ones speak for themselves.

8. Suing the Conservative Party of Canada during the 2019 election

For some reason the CBC thought it was a good idea to sue the Conservative Party of Canada for using clips of the public broadcaster’s footage in an attack ad. Despite all parties doing this, and it being something the CBC itself does regularly (in what is totally legal and called fair dealing), the CBC pulled the trigger on suing the CPC, which ended up spectacularly backfiring.

To top it all off, Rosemary Barton and another CBC journalist were named as plaintiffs in the lawsuit, until the CBC eventually had the sense to remove them from the lawsuit. Barton never definitively cleared the air on whether she agreed to be a plaintiff in the lawsuit.

However, during the 2015 election, Peter Mansbridge in a documented email exchange had CBC execs take legal action against the CPC for using a clip of Justin Trudeau giving a very poor answer about the Boston Marathon terrorists. Mansbridge was Barton’s mentor, is it too far-fetched to believe she took a page out of his Liberal partisan playbook?

The CBC, being shamelessly biased, decided it was appropriate to keep Barton on The National, as a debate moderator, and the lead anchor for the election-night coverage despite this very glaring conflict of interest coming to light.

Yet, Rosemary Barton audaciously claims she can’t be partisan, it’s impossible. In an interview with Duncan McCue for CBC’s Cross Country Checkup she was asked about how many people feel she has a bias with her reporting she replied, “I don’t mind criticism of my work. We are the public broadcaster… I think it’s important to hold me to account,” she said. “That said, I really don’t have a horse in the race. I don’t have a partisan bone in my body. It’s not the way I was raised; it’s not who I am.”

With the above examples it’s rather hard to believe that’s not who she is.

You’re allowed to have a personal bias, it’s impossible not to, you just shouldn’t bring it into your work if you’re the lead anchor of the public broadcaster’s flagship news show and you are going to claim you’re fair to all political parties.

Barton being moved to CBC’s chief political correspondent is a far better fit, especially now that the public broadcaster irrevocably branded itself Liberal during the 2019 election cycle.