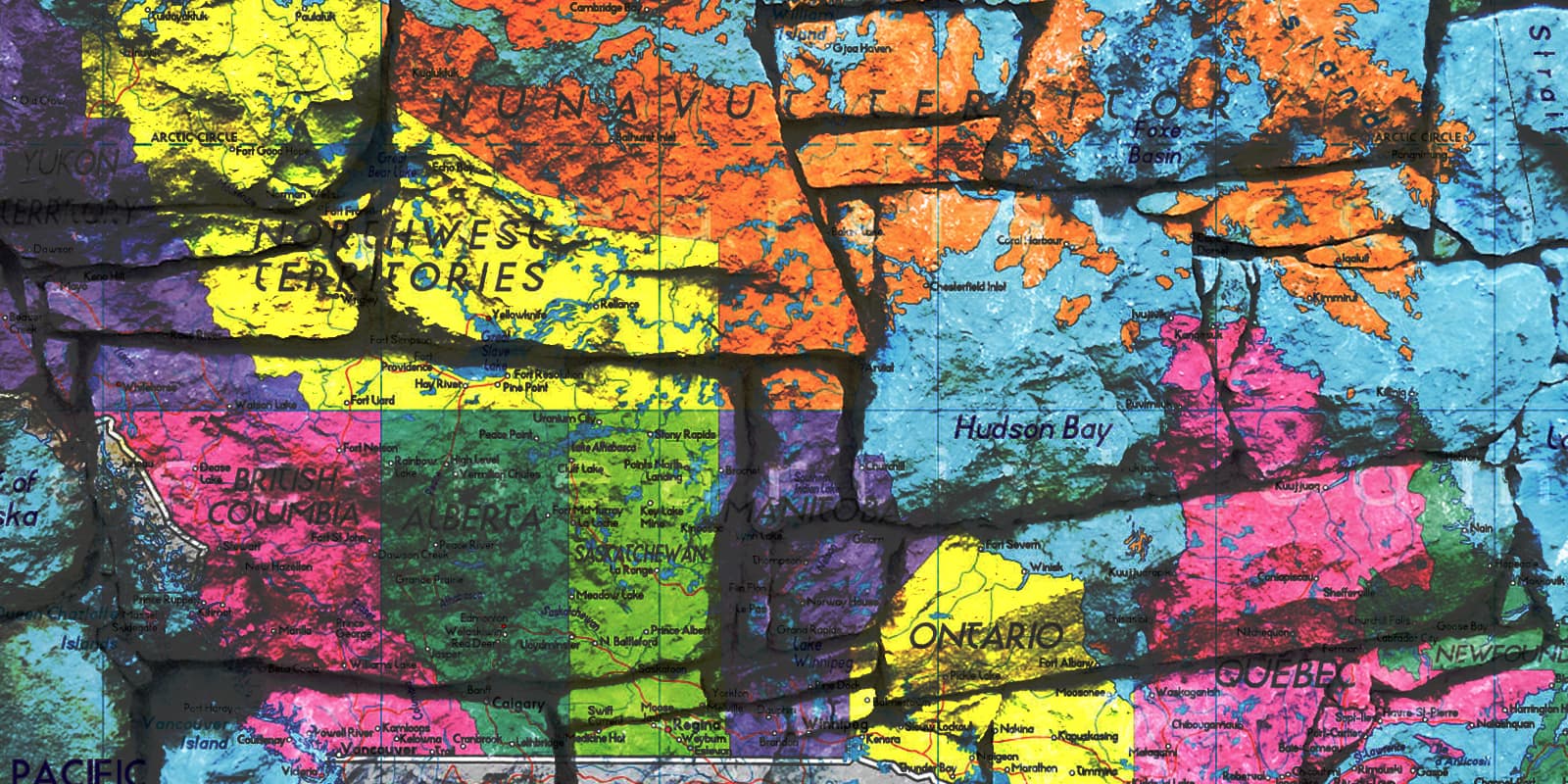 If four years’ worth of Liberal government policy, refracted through an identity politics lens and subsequent brow beating of any dissent wasn’t enough, Canada’s electoral map paints a clash-of-colours portrait of how divided the country actually is having endured it.

And the ultimate loser for this tactic, employed by Prime Minister Justin Trudeau and his righthand man Gerald Butts (the de facto PM), who gamed most everything as an “anointed versus neanderthals, bigots and racists” issue, was the nation.

Even when Trudeau was mocked for correcting a woman at a town hall for using “mankind”, when according to our PM that henceforth it should be referred to as “peoplekind”, Butts saw Nazis everywhere.

To be sure, the identity politics and related hypocrisy on this front, by the Liberal leader himself (i.e. #TrudeauBlackface being the most egregious), hurt the party as it dropped 20 seats and lost majority government status after Monday night’s federal vote.

In the aftermath of Canada’s 43rd general election, Trudeau and the Liberals held just 157 seats – a baker’s dozen of MPs shy of majority carte blanche for another four years – while Conservatives and their leader Andrew Scheer added just 26 MPs to their caucus, falling far short of beating Trudeau.

And not since incumbent-Progressive Conservative prime minister Kim Campbell’s stunning election blowout in 1993, has the Bloc Quebecois been in position to play an influential role in a new federal government.

Then it was the Reform Party’s rise under Preston Manning, a western-centric party whose success in Alberta basically gifted then-Bloc Leader Lucien Bouchard the unlikely role leading Her Majesty’s Loyal Opposition against Jean Chrétien’s Liberal majority.

Today, it’s an overcrowded left and a weakened New Democrat Party, whose third-party status was gutted after Monday’s election, much of that support likely going to new Bloc leader Yves-François Blanchet’s separatists, who won over Quebecers unimpressed with any federalist alternative.

The Bloc’s won in 32 ridings – a 22 seat boost from the last federal vote – also knocked Singh and the NDP from third party spot in the House of Commons, while the nation watched Quebec’s political pendulum swung back toward a more nationalistic, self-interest.

But this loss for Canada’s stalwart, left-wing party could hardly be detected in Singh’s rambling, congratulatory speech that sounded more like a victory address.

As ironic as the separatist Bouchard’s station in Parliament some 26 years ago, was that Singh’s losing night – New Democrats dropped 15 seats and lost official third party status – remains enough to hold the balance of power in Ottawa, by propping up Trudeau and the Liberals.

Looking West, the federation’s economic engine Alberta has turned nearly completely Conservative blue, and Saskatchewan is all blue; Quebec is again beset with a separatist insurgency, while incumbent-Trudeau’s party remains strong in the Laurentien regions; Maritimes, urban regions of Quebec, Toronto’s 416 and the Ottawa valley.

Given this result, the embattled TMX project and other moribund pipelines to get Albertan oil to tidewater, western separatism is now trending on social media via #Wexit, complete with the added vitriol that only anonymous Twitter accounts can provide; in the following instance, aimed at Newfoundland voters.

But vitriol is not required to divide, as Butts’ social media presence proved, and combined with anointed Liberal bromides heard through the past four years impressed upon the plebes that only they could lead us to a new era of “inclusion” and “strength in diversity”.

To see what the country looks like today – the posturing of separatists in Quebec, disaffected westerners and indigenous groups who back TMX and those who don’t – it is clear to anyone who isn’t a mushroom that there is little “inclusion” in today’s Canada, just weakness in a sea of diversity.

And even while his own party race hustled – Immigration Minister Ahmed Hussen told a largely Somali crowd on Canada Day that Conservatives “danced with white supremacists” – then fielded anti-Semites like ex-activist Sameer Zuberi, Butts pretended it was only the other guys who did this sort of thing.

On October 21, Butts took particular Twitter glee after Scheer got hammered by a reporter for hiring political fixer Warren Kinsella to dig, then gin up any racist dirt he could find on Maxime Bernier and his People’s Party of Canada.

But the facile narratives pushed by Butts, and let’s face it, given plenty of oxygen by our establishment media, for example that “only conservatives can be racist”, was but just one Canadians have been assailed with, in increasing intensity since Trudeau took power in 2015.

Other bogus narratives pushed on the public included that it was somehow “unCanadian” to question Canada’s current open border policy loophole regarding our Safe Third Country Agreement with United States.

And this “unCanadian” line was trotted out several times, by Trudeau and his minions whilst Immigration Canada was straining under the growing backlog of asylum claims; nearly 50,000 made by people illegally entering the country from New York State.

Another classic fake narrative that predated Trudeau, but was serially employed by his Minister of Environment and Climate (action) Catherine McKenna, was anyone who questioned the science of a looming climate apocalypse, is akin to questioning the Holocaust, ie; “a denier”.

So here we are as a federation after four years of toxic discourse: divided and adrift, led by a prime minister that barely three out of 10 voters supported, and no opposition worthy of earning a mandate to carve a different, unifying path.