Ingrid Conley-Abrams was suspended from the social media platform after a tweet from 2015 resurfaced and was deemed as hate speech, saying "Burn White Straight Male Librarianship to the Ground." 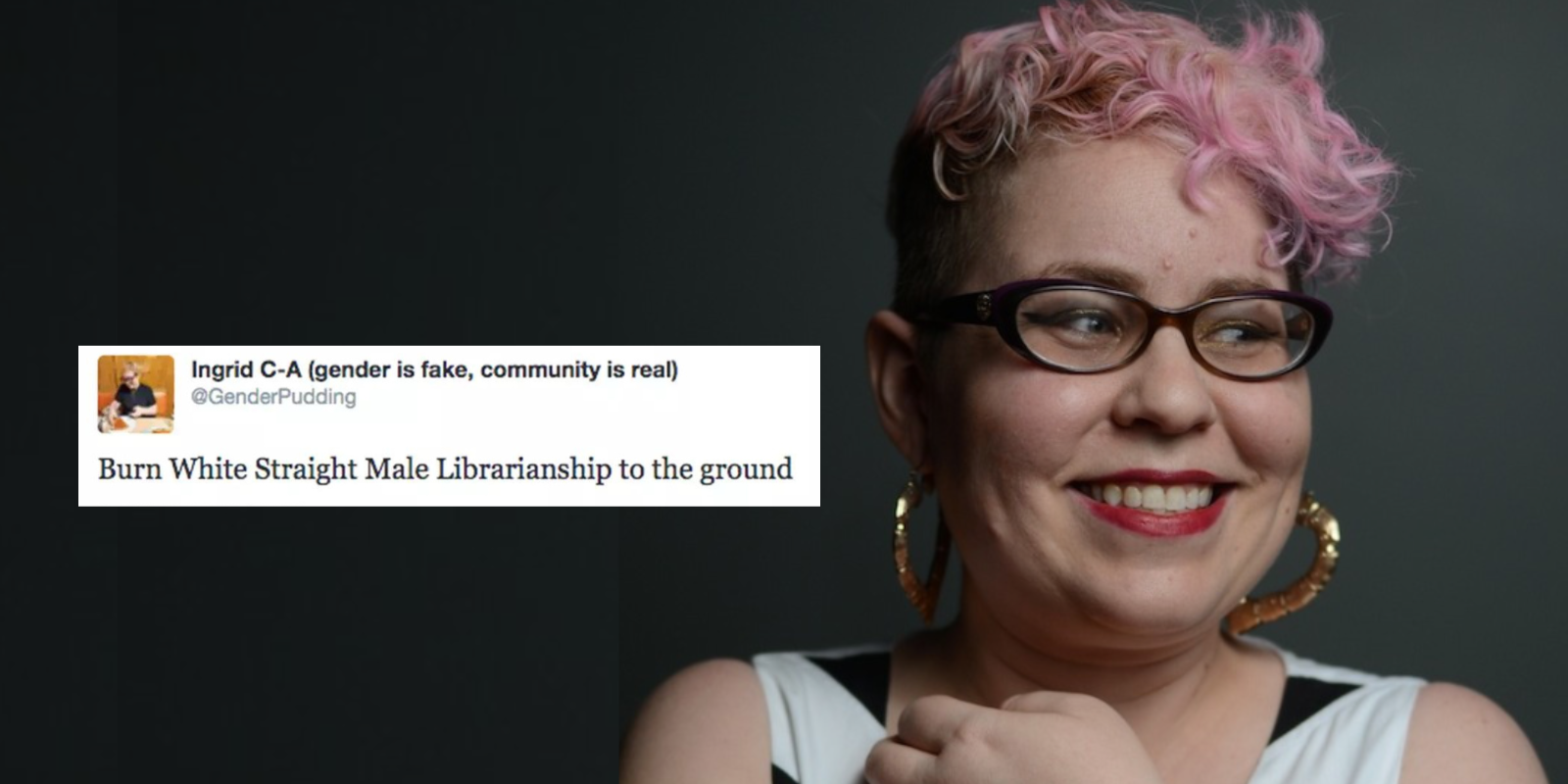 Parents of students at Manhattan's Columbia Grammar & Preparatory School are outraged over the school's progressive librarian, and the "hate speech" posts that got the so-called "gender expert" suspended from Twitter.

Ingrid Conley-Abrams, 43, was recently suspended from the social media platform after a tweet from 2015 resurfaced and was deemed as hate speech, saying "Burn White Straight Male Librarianship to the Ground."

Concerned parents spoke to the New York Post, with one mother who also frequently teaches at the school saying "How can I feel comfortable sending my white 9-year-old son into her library or classroom? What if my son wants to be a librarian? How safe and nurtured are my kids going to be by this person?"

"If a student posted that they want to burn down or shoot up a library they would be expelled," the disgruntled mother added. "In addition she's claiming that gender is fake and she [tweeted] that she wants to keep students from matriculating in the Ivy League. Are parents aware this is what they are paying almost $60,000 a year for?"

Conley-Adams, who's Twitter bio contains the phrase "Gender is fake," and makes posts about being nonbinary, and "not a woman," posted "Sadly, the students at my school only go on to Ivy League colleges so I’ve truly failed them with my queer, free-wheeling godless radical hotbed of a library. :(" in 2020.

After the account was reinstated, Conley-Abrams tweeted on Aug 15: "White cishet male librarians, I'm sorry. You did it. You made the bad one go away. But I’m back + love white guy librarians more than ever! Thanks for everything you do!"

The nonbinary librarian also tweeted about her husband, Timothy Conley, who appears to be white. His LinkedIn profile claims that he is also a librarian, at Manhattanville College in Queens.

Another mother who spoke to the New York Post said Conley-Abrams first showed up on her radar when parents at Columbia heard about a panel in school, "Talking to Children about Anatomy, Gender, Sexuality, Puberty and Pregnancy," for pre-kindergarten, kindergarten and first-grade students back in 2020.

"Ingrid was introduced as a 'gender expert' on the panel, which was weird enough to begin with but is typical of what’s going down at New York City private schools," said the second mother. "Why is a librarian also a 'gender expert?' And why is there a panel about talking about gender and sex and pregnancy to 4 and 5-year-olds?"

Another parent spoke about difficulties of finding a school that aligns with their family values while trying to avoid getting "canceled."

"It is really difficult for parents," one mother at Columbia told the Post. "They don't want any of this. They want a school aligned with their family values. But if you speak up about this publicly your kid is likely to get kicked out of school and you and your husband could lose your job. It's not fair."

Yet another mom spoke out, saying that Abrams-Conley was "forever pushing" woke books on her child, like It Feels Good to be Yourself: A Book About Gender Identity or Ibram Kendi’s Stamped (For Kids): Racism, Anti-Racism and You.

"People like Ingrid in the schools are so self-important," she said. "They think their way is the only way: 'This is what I believe and this is what the kids in my classroom are going to believe and that’s the end of it.' There's no questioning of it and no debate. It's terrifying."