"WEF is increasingly becoming an unelected world government that the people never asked for and don't want," Musk tweeted. 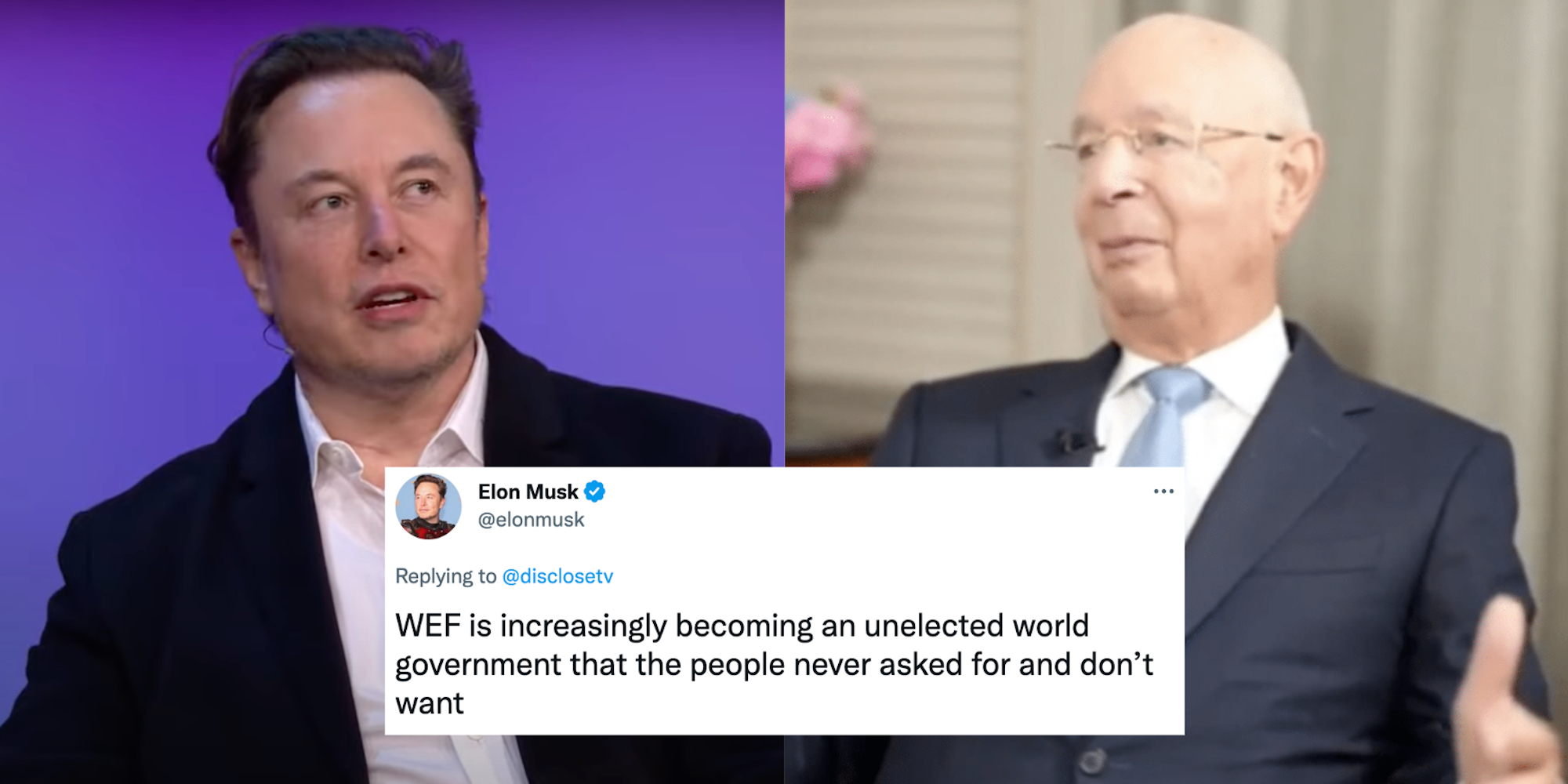 Jarryd Jaeger Vancouver, BC
Jan 18, 2023 minute read
ADVERTISEMENT
ADVERTISEMENT
As the World Economic Forum's Annual Meeting takes place in Davos this week, many have questioned the legitimacy of the unelected group of elites hellbent on telling the people of the world how to live their lives.

Among those echoing such sentiments is Twitter CEO Elon Musk, who warned that the WEF might be going too far in it's incessant push to entirely remake global econmies and societies to mitigate what is sees as imminent planetary doom.

"WEF is increasingly becoming an unelected world government that the people never asked for and don't want," Musk tweeted.

His comments came in response to a video of WEF founder Klaus Schwab and other elites discussing the organization's new "Global Collaboration Village" in the Metaverse, which is a virtual world being constructed by Meta, parent company of Facebook.

In the clip, Schwab explained that WEF's virtual village could be trusted because the International Criminal Police Organization, INTERPOL, would be working closely with them to ensure everything was safe. The response to that, essentially, was to wonder why anyone should trust INTERPOL.

Prior to this year's Annual Meeting, Musk stated that he believed that there was "value" in having a forum where governments and business-leaders could come together, but admitted that WEF "does kinda give me the willies." WEF was founded by Schwab in 1971.

"'Master the Future' doesn't sound ominous at all," he tweeted on day one of the event. "How is WEF/Davos even a thing? Are they trying to be the boss of Earth!?"

He went on to compare WEF to 4chan, the online message board in the darkest corner of the internet.

"Would be great if someone could compile a game contest of who said the craziest stuff between 4chan and WEF!" he said. "My money is on the latter."

Musk claimed he was originally slated to attend the conference but turned down WEF's invitation, however the group later stated that no invitation had been sent out.