"They would have far more views if they interacted with readers on Twitter and allowed at least the first few paragraphs to be read by non-subscribers," said Elon Musk. 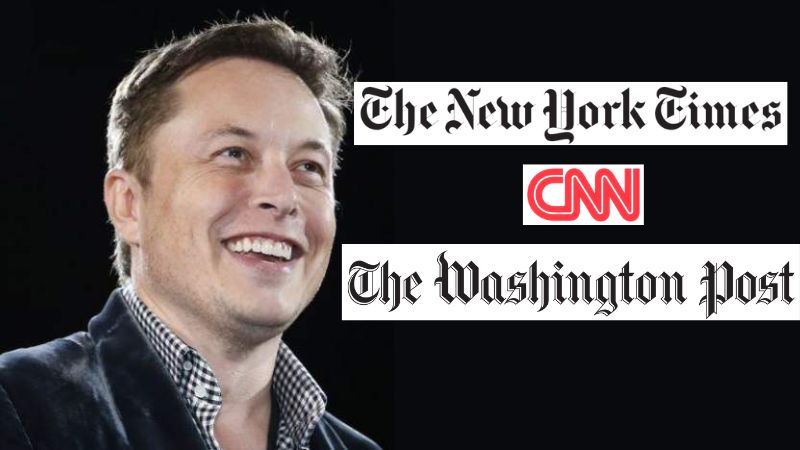 This week Twitter added a new feature, the view count, which allows a user to see how many views a particular post receives and it has revealed that the low engagement of establishment media on the service.

Outkick founder Clay Travis tweeted, "So @nytimes has 54.1 million followers. Yet look at the reach/impression total of their Tweets now that @Twitter is sharing this data. Something isn’t adding up. For instance this Tweet of mine will likely be viewed more than almost all of theirs today. Thoughts @elonmusk?"


"NY Times is simply outputting short summaries of articles, which then hit a paywall for non-subscribers. They would have far more views if they interacted with readers on Twitter and allowed at least the first few paragraphs to be read by non-subscribers," Musk replied.

The New York Times has 54.7 million subscribers and a sampling of their Friday tweets show they have received fewer than 150k views each. A review of the movie Babylon received 79k views. A tweet about the omnibus spending bill had 125k views.

The Washington Post is similar, as it has 19.9 million subscribers, but their Friday tweets hovered under 70k views. A climate change tweet gained 61k and a tweet about Adnan Syed, the subject of the podcast Serial, gained 65k views.

CNN has 60.8 million subscribers and their tweets are all under 100k, with a Friday tweet about illegal immigrants not finding shelter in El Paso getting 90k views.

As Musk noted, the Washington Post and the New York Time's keep their articles behind a paywall, although CNN is free to read.

"Have you ever thought about buying NYT or other media outlets like these & integrating them into Twitter as part of a larger Twitter media ecosystem? Or is that part of the larger play with Twitter, to make it the everything media platform without needing to own legacy outlets?" Travis asked.

"Because other than Fox — WSJ, NYP, & Fox News properties — there is virtually no counter to the legacy media outlet narratives. You could also try and buy Fox or NewsCorp and roll it into Twitter and truly make the legacy media go batshit insane," Travis tweeted.


Ian Miles Cheoing pointed out that "there's nothing particularly unique" about the reporting at outlets like the Washington Post and New York Times.