EmptyShelvesJoe became the number one trending hashtag on Twitter in the US as the country experiences shortages stemming from supply chain chaos. 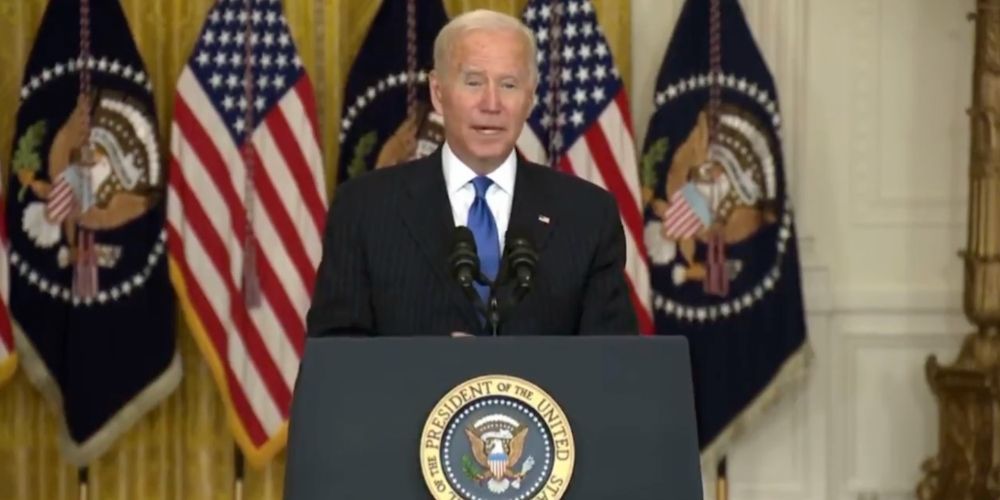 On Wednesday afternoon, #EmptyShelvesJoe became the number one trending hashtag on Twitter in the US as the country experiences shortages stemming from a supply chain crisis.

Despite President Joe Biden calling himself a "Supply Commander" during his run for president, the US has been hit hard with supply chain snarls. At one point, there were 62 boats backed up at the Port of Long Beach in Los Angeles.

In a Wednesday speech, Biden addressed the supply chain issues, saying he signed an executive order in February regarding the issue. Conditions have gradualy deteriorated since then.

"I know you're hearing a lot about something called supply chains, and how hard it is to get a range of things from a toaster to sneakers to bicycles bedroom furniture. And that's why, back in February. I signed a piece of legislation on supply chain — Executive Order on supply chains, and what we had to move on. And with the holidays coming up, you might be wondering if gifts you plan to buy will arrive on time," said Biden.

He continued: "Well, let me explain. Supply chains, essentially mean, how we make things, and how the material and parts get delivered to factory a factory, so we can manufacture things, and manufacturing here, how we move things, how a finished product moves from a factory to a store to your home."

Biden assured residents in June that after a dismal jobs report, saying "There are going to be ups and down in jobs and economic reports, but there are going to be supply chain issues and price pressures on the way back to stability and steady growth." White House Press Secretary Jen Psaki was asked whether the issue would get better before it got worse, but she refused to make a prediction on the matter.

"But there are other issues that impact the global supply chain, including the pandemic, something that we are working 24 hours a day to help address around the world, that's impacted manufacturing. In some countries, manufacturing of goods in some places, and reducing the supply in some places, that's one of the factors to we're also working to address that. It's not just one issue, but certainly we're going to use every lever at our disposal to address it to make it to address the bottlenecks as quickly as we can," she continued.

Despite assurances the Biden administration is actively working to correct the issue, companies are warning their distributors to be prepared for shortages of select items, asking them not to run promotions on items that may run out.

With some supplies running limited, Americans are also being forced to spend more money at the grocery stores and gas pumps, with Chief economist at Moody's Analytics, Mark Zandi, noting that households earning the US median annual income of about $70,000 are having to spend $175 more due to the current inflation rate, which surged 5.3 percent in August compared to the same month last year.