An entire class of West Virginia correctional cadets have been fired after the Department of Military Affairs and Public Safety released a photo showing roughly 30 individuals performing a Nazi salute during graduation. 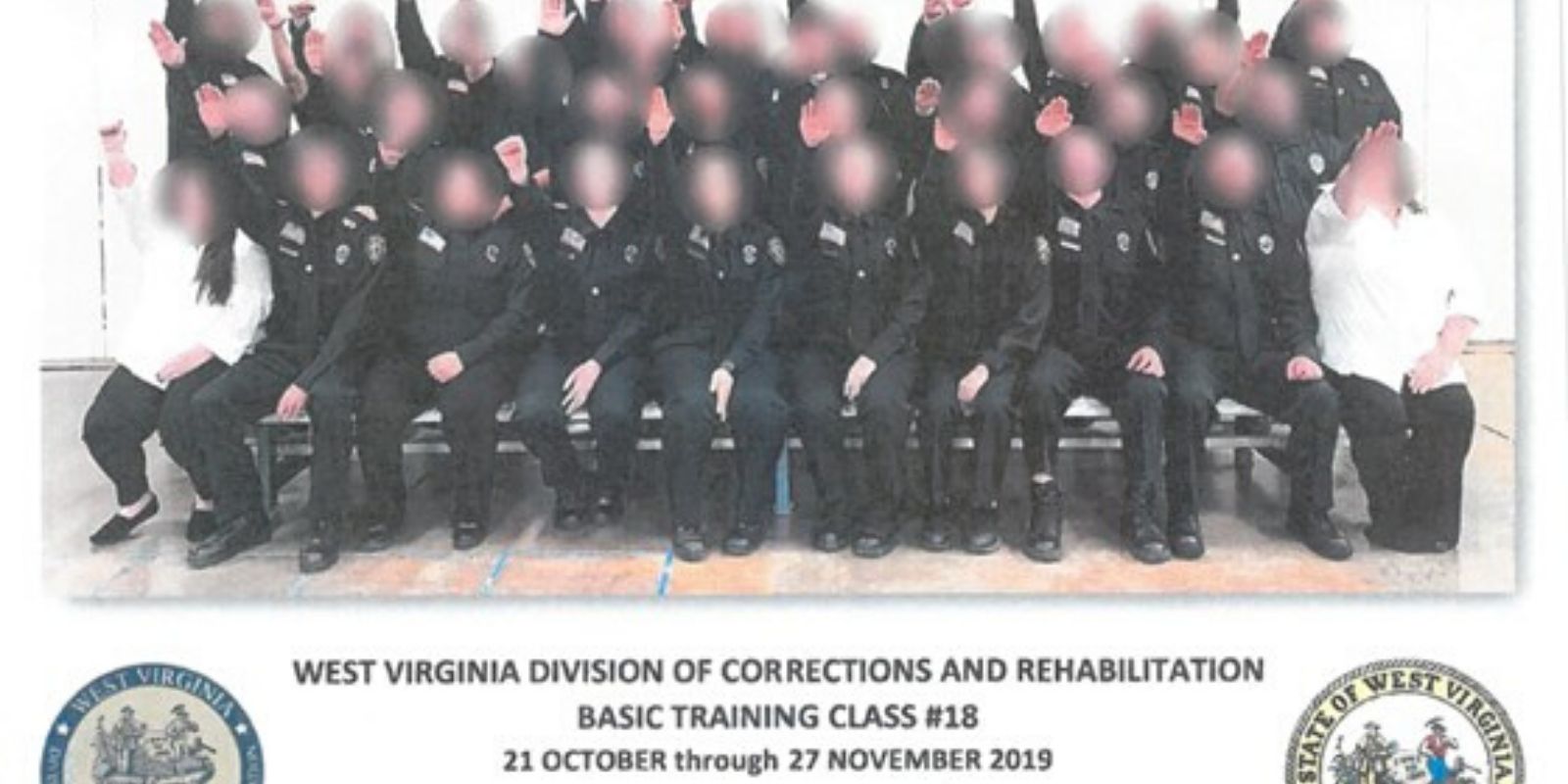 Some people have terrible ideas. Others have far worse ideas.

Then you have this entire class of West Virginia cadets who may have the worst idea.

An entire class of West Virginia correctional cadets have been fired after the Department of Military Affairs and Public Safety released a photo showing roughly 30 individuals performing a Nazi salute during graduation.

Behind the individuals, you can also see the words “Hail Byrd.”

West Virginia Gov. Jim Justice said Monday he has approved the recommendations from a report by the Division of Corrections and Rehabilitation calling for the firing of all correctional officer cadets who participated in the Nazi salute.

According to the investigation summary by the Division of Corrections and Rehabilitation, the Nazi salute was used roughly two to three weeks into basic training, where cadets began using the salute to show “respect” to “instructor Byrd.”

Byrd responded to investigators, that she did not know the “historical or racial implications of the” Nazi salute, but was contradicted by multiple sources, according to the report.

“The investigation disclosed that she encouraged it, reveled in it, and at times reciprocated the gesture,” the report states. “Additionally, Byrd appeared to overrule the corrective actions taken by others and assured the cadets the behaviour was acceptable.”