The restrictions on speech and conscience folded into the Equality Act would compel individuals to affirm gender identity claims and a belief in human sex change. 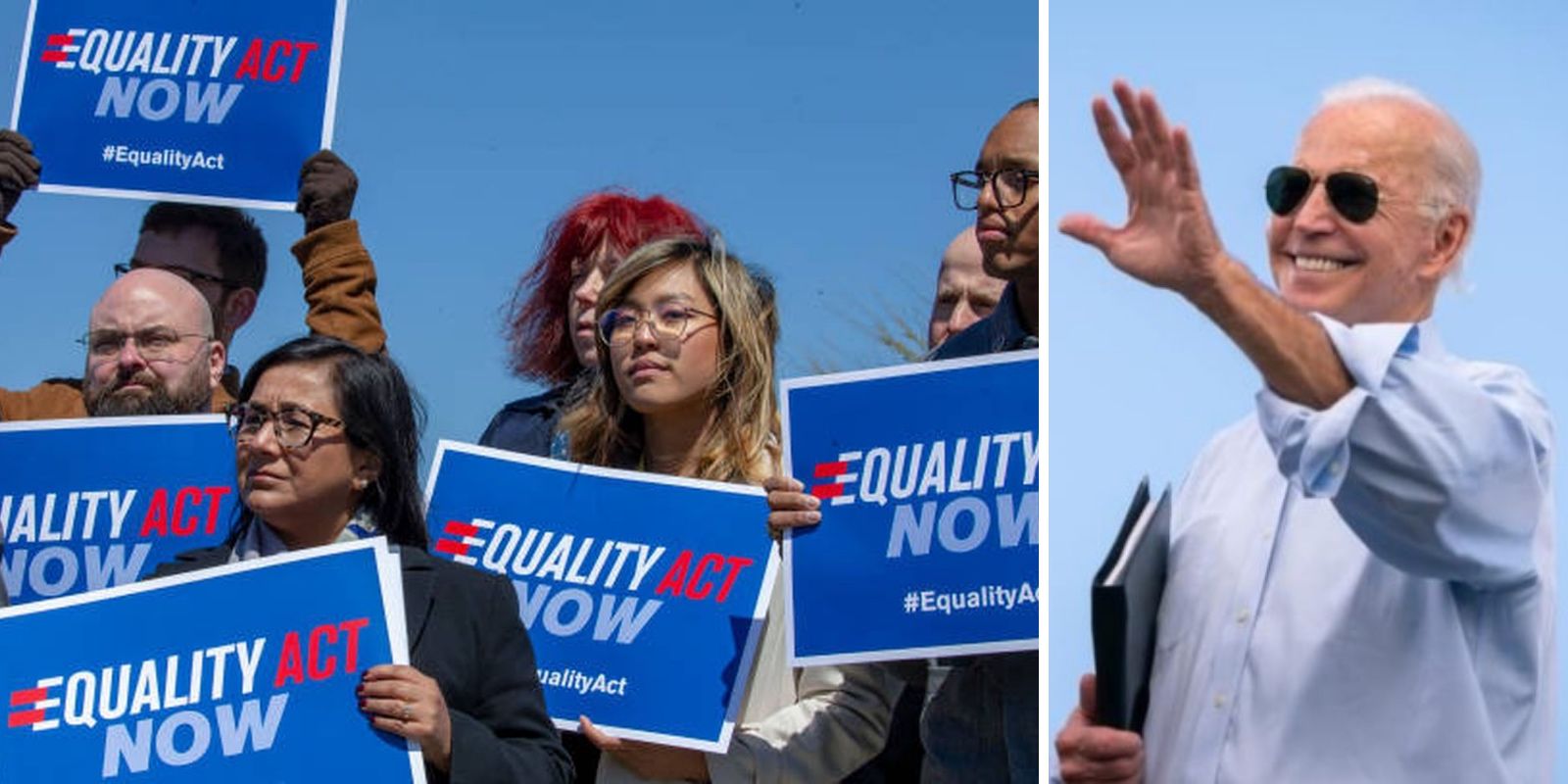 Some Americans believe that marriage should only be between a man and a woman, and some Americans believe that no man can identify into being either a woman or a "transgender lesbian." Under the Equality Act, employers would have to regard the expression of these opinions as a harassment or civil rights lawsuit waiting to happen. That majority of Americans who believe in one or both of those statements would be at increased risk of losing our incomes for voicing the "wrong" beliefs.

The Equality Act, hailed as the necessary, next frontier of civil rights advancement, is a modern reestablishment of heresy laws under a secular, political religion. This is as antithetical to our country's founding principles as picking a religious denomination and making it the official faith of the US government. The Supreme Court invalidated blasphemy laws as a violation of the First Amendment in Busrtyn v. Wilson in 1952, striking down a New York government body's ban on a movie about the virgin birth that censors deemed "sacrilegious."

The Founders had a vivid awareness of centuries of bloody, pointless religious wars and persecutions in Europe. They insisted that the newly formed United States government be forbidden to take an official position, for or against, on matters of personal belief.

This constitutional principle was affirmed in the 1943 Supreme Court decision West Virginia State Board of Education v. Barnette, where the Supreme Court, in the midst of WWII, ruled that it was unconstitutional to compel anyone to salute the flag.

Justice Robert H. Jackson, wrote for the majority, "If there is any fixed star in our constitutional constellation, it is that no official, high or petty, can prescribe what shall be orthodox in politics, nationalism, religion, or other matters of opinion or force citizens to confess by word or act their faith therein."

In countries that have refused this type of pluralism, people are still impoverished, imprisoned, tortured, made refugees, or executed, for their religious beliefs.

Those who hold secular views enjoy free expression and participation in public life in countries with freedom of speech and conscience. A few generations ago, such ideas put individuals at risk of life and liberty almost everywhere. Sadly, there remain countries where being an atheist is a capital offense, or where human rights activism falls afoul of one-party authoritarianism that brooks no challenge from either religious or secular detractors.

Lesbian, gay, and bisexual people around the world may also find themselves impoverished, persecuted, tortured, imprisoned, or murdered—often by the same people who torment others over beliefs and ideas. There remain countries where engaging in same-sex conduct is a capital offense.

All these forms of injustice and intolerance are antithetical to maintaining the liberal pluralism that has made the United States a good place to live for people from so many backgrounds.

Ostracism of one's fellow citizens for their beliefs, or seeking to deny them economic and educational opportunities is incompatible with a free society. Disrespecting individuals to that degree as a matter of custom puts us in the dangerous territory where making laws that penalize their beliefs seems an acceptable or even moral thing to do.

But today some progressive activists and politicians appear to believe that most unjust discrimination would go away if only religious expression were to become extinct. In reaching for that goal, they seek to topple the foundation on which they stand.

The Founders could probably not have imagined a secular state that would ban religion, or freedom of association based on religion. The 20th century produced several such experiments in government. They produced misery, human rights abuses, and a loss of individual liberty comparable to religious oligarchies which establish state-sponsored religion.

However, the progressive Left hasn't learned from these examples, establishing a new orthodoxy on sexual orientation and gender identity, and a new definition of sacrilege.

The restrictions on speech and conscience folded into the Equality Act would compel individuals to affirm gender identity claims and a belief in human sex change. Establishing ideas that offend both secular and religious beliefs, and punishing them, would reject learning from experience.

Countries that ban free expression of beliefs never become benign paradises, to which every fleeing refugee and aspiring immigrant would be glad to be admitted. None of them have become a workers' or women's rights utopia. When people are allowed to vote with their feet, many flee.

Nations with state religions, like Saudi Arabia and Iran, have banned minority religions to justify violent reactions to basic human rights organizing, freedom of association, and secular opinions. This is sometimes explained as being due to religion, itself. Yet their bans against personal expression outside of the particulars of the state religion are different only in degree from the restrictions placed on the citizens of one-party, secular China.

Passing the Equality Act would be to reject calls for pluralistic tolerance, by secular activists who want to pass their own heresy laws, following a wealth of bad examples.

It's messy, and often uncomfortable, to tolerate views that we find disagreeable. But it's the best way to preserve space for a social contract that allows the greatest majority of us to live out our lives in peace, and to continue to insist that our governments do better by us.

When it comes to making laws about freedom of speech and expression, none of us can keep what we won't share.

Natasha Chart is a radical feminist author and political organizer.