"We have to stop tiptoeing around it because we’re trying to protect people who are trying to be bigoted from asking for them to be exempt from it, when the very people that they are bigoted against are suffering the consequences." 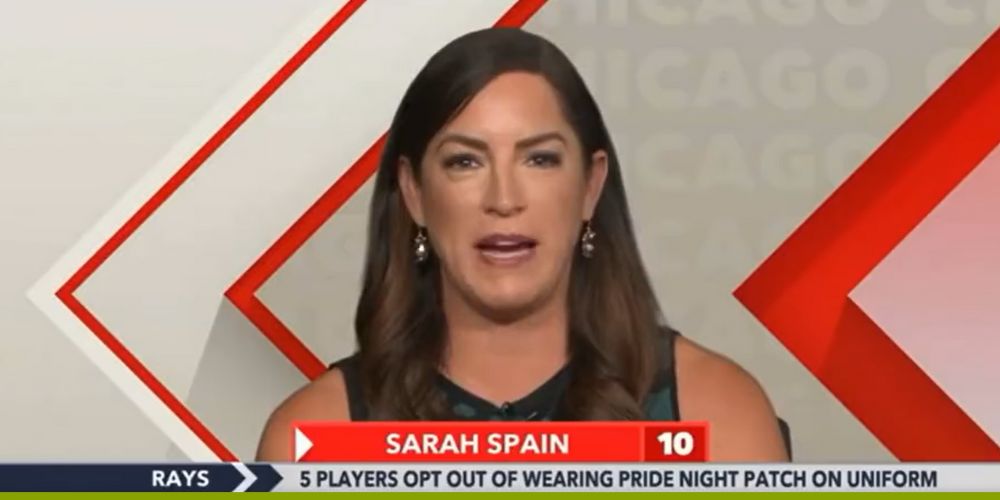 On Monday, ESPN commentator Sarah Spain labeled players on the Tampa Bay Rays who refused to wear Pride Month rainbow patches on their uniforms "bigoted" towards LBGTQ people and added that the baseball players were full of "religious exemption BS."

Host Tony Reali during the "Around the Horn" segment, read part of a statement from pitcher Jason Adam, one of the players who opted not to wear the rainbow-colored patches, who called the move a "faith-based decision."

The statement read, "So it’s a hard decision. Because ultimately we all said what we want is them to know that all are welcome and loved here. But when we put it on our bodies, I think a lot of guys decided that it’s just a lifestyle that maybe — not that they look down on anybody or think differently — it’s just that maybe we don’t want to encourage it if we believe in Jesus, who’s encouraged us to live a lifestyle that would abstain from that behavior ..."

Reali then asked Spain for her take and she replied, "Pride is about inclusion, so you don't love them, and you don't welcome them if you're not willing to wear the patch. And calling it a 'lifestyle' reveals to me that you've done not even a modicum of research or understanding on this topic. It's what tends to happen when a privileged class isn’t affected by things. This is not just about baseball. That religious exemption BS which is used in sport and otherwise also allows for people to be denied health care, jobs, apartments, children, prescriptions, all sorts of rights."

Spain added, "And so we have to stop tiptoeing around it because we’re trying to protect people who are trying to be bigoted from asking for them to be exempt from it, when the very people that they are bigoted against are suffering the consequences."

Reali, looking for clarification, asked Spain, "When you say 'trying to be bigoted'" when Spain interrupted and said, "They're trying to use religious exemptions to affect the opportunities, services, available resources for people who are LGBTQ+."

She added that Rays players were "double talking if they're saying 'you're welcome' while also saying that 'we don't encourage' or 'we disagree with it,' especially when they're devout people of every single religion that also welcome and are open to people who are born gay."