"The mayor of Port Townsend doesn't seem to think my concerns deserve respectful consideration. I think women/girls deserve the sex based provisions that our foremothers battled for centuries to attain." 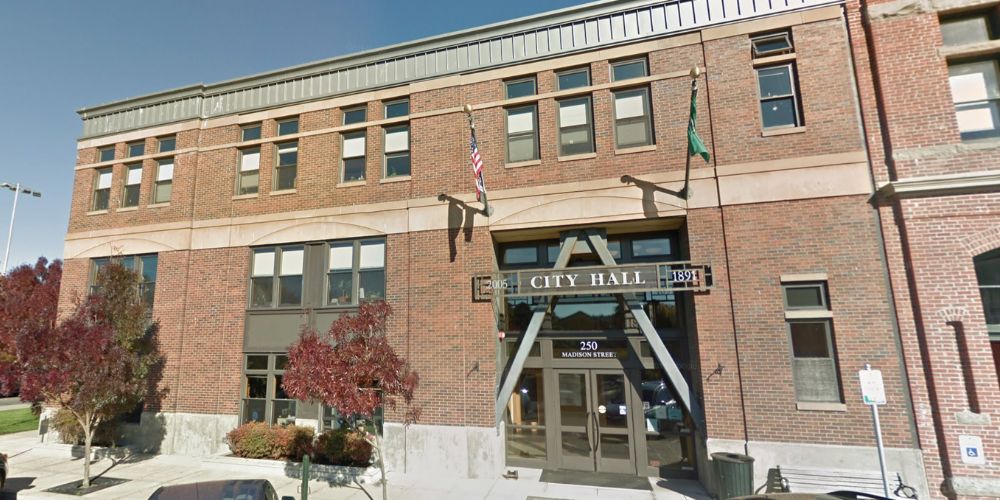 Following the banning of an 80-year-old woman from her local YMCA earlier this month for expressing discomfort with a biological male in the women’s restroom overseeing little girls changing out of their swimsuits the toilets, protests have been planned in Port Townsend, Washington against the city’s stance on the matter.

Amy Sousa, the event’s organizer, told The Post Millennial that she’s known Julie Jaman, the women at the center of the YMCA controversy, for about 10 years, and noted that Port Townsend is her hometown.

"So this time it’s personal," she said.

On Wednesday, the Port Townsend Council Culture And Society Committee will consider the language of a transgender proclamation issued by Mayor David J. Faber.

That proclamation will be up for public comment and consideration by the city council on August 15, where Sousa and at least 50 others plan to hold a press conference outside of the city hall in opposition to both the proclamation, as well as the city’s stance on the matter of Jaman being banned from her local YMCA pool.

Jaman, a resident of the city of about 40 years, was banned from the pool after she discovered a biological male by the name of Clementine Adams, a Mountain Valley Pool YMCA staff member, chaperoning a group of girls with a day camp to the bathroom.

Jaman asked Adams, "Do you have a penis?," which eventually devolved into Jaman being banned from the facility for not abiding to YMCA policies.

In the wake of the late July event, Faber issues a proclamation stating the city’s acceptance of transgender individuals, noting rates of suicide, poverty, and and contributions amongst the group of people.

"The Williams Institute at the UCLA School of Law study found that transgender people 16 and over are four times more likely to be crime victims than cisgender people," the proclamation read.

"Despite the many obstacles, transgender people have contributed greatly to art, culture, and science, including Lynn Conway who revolutionized microchip design and Wendy Carlos who won three Grammy awards," the proclamation added. Carlos underwent surgery in 1972, after presenting as a woman for 4 years, and composed the music for Tron. Conway worked at IBM in the 1960s and was released from that position due to transitioning.

This proclamation noted that "Washington state law protects the rights of transgender people to be free from discrimination and to enjoy all the privileges and protections granted to all people, including full enjoyment of public accommodations, employment, and participation in all aspects of civil life."

Overall, it states that "the City of Port Townsend values our transgender residents and visitors and urges all residents and visitors to be respectful, welcoming, and kind to everyone regardless of gender identity. I further proclaim that discrimination and prejudice, in any form, especially against transgender people, are unwelcome and have no place in the City of Port Townsend."

Speaking with The Post Millennial, Sousa said that her event will gather on the city hall’s steps shortly before the council considers the proclamation on August 15, where she said the microphone would be open for anyone to speak, and added that Jaman would be speaking at the event as well.

Sousa said that at the center of this is the issue of discrimination. She noted that the YMCA says they don’t discriminate based on things like age, sex, race, or gender identity, but wants to bring up to the city council that the YMCA is denying provisions and protections based the female sex .

Sousa said that she would be bringing the issue forward to the council as sex-based discrimination, "because if you deny women and girls provisions for our bodies, for our sex, that is a discrimination."

In response to Sousa airing these concerns with the proclamation on Twitter, Faber, who calls himself a social democrat on Twitter, said that "the transphobia have found me. Fuuuuuun."

"The mayor of Port Townsend doesn't seem to think my concerns deserve respectful consideration. I think women/girls deserve the sex based provisions that our foremothers battled for centuries to attain, privacy, safety, & dignity for our BODIES," Sousa wrote in response to Faber’s tweet. "Mayor's response: Zoopity boob."

"So this is a little ridiculous to me that this is how the mayor is choosing to respond to women and girls who have legitimate concerns. So he's, he's not taking these concerns with seriousness and the gravity that I think we are due," Sousa told The Post Millennial, who added that the mayor’s response is "juvenile."

In regards to the proclamation, Sousa said that she "can be respectful, welcoming and kind to anyone no matter what claims they make about themselves and their identity."

"That has no impact on my other claim, which is to have sex based rights and provisions around my body, you know, to have boundaries around my body as a woman and for girls," she added, noting that these two points are not "mutually exclusive."