"There is no good evidence that failing to 'affirm' minors in their 'gender identity' will increase the likelihood of them committing suicide," said Leor Sapir. 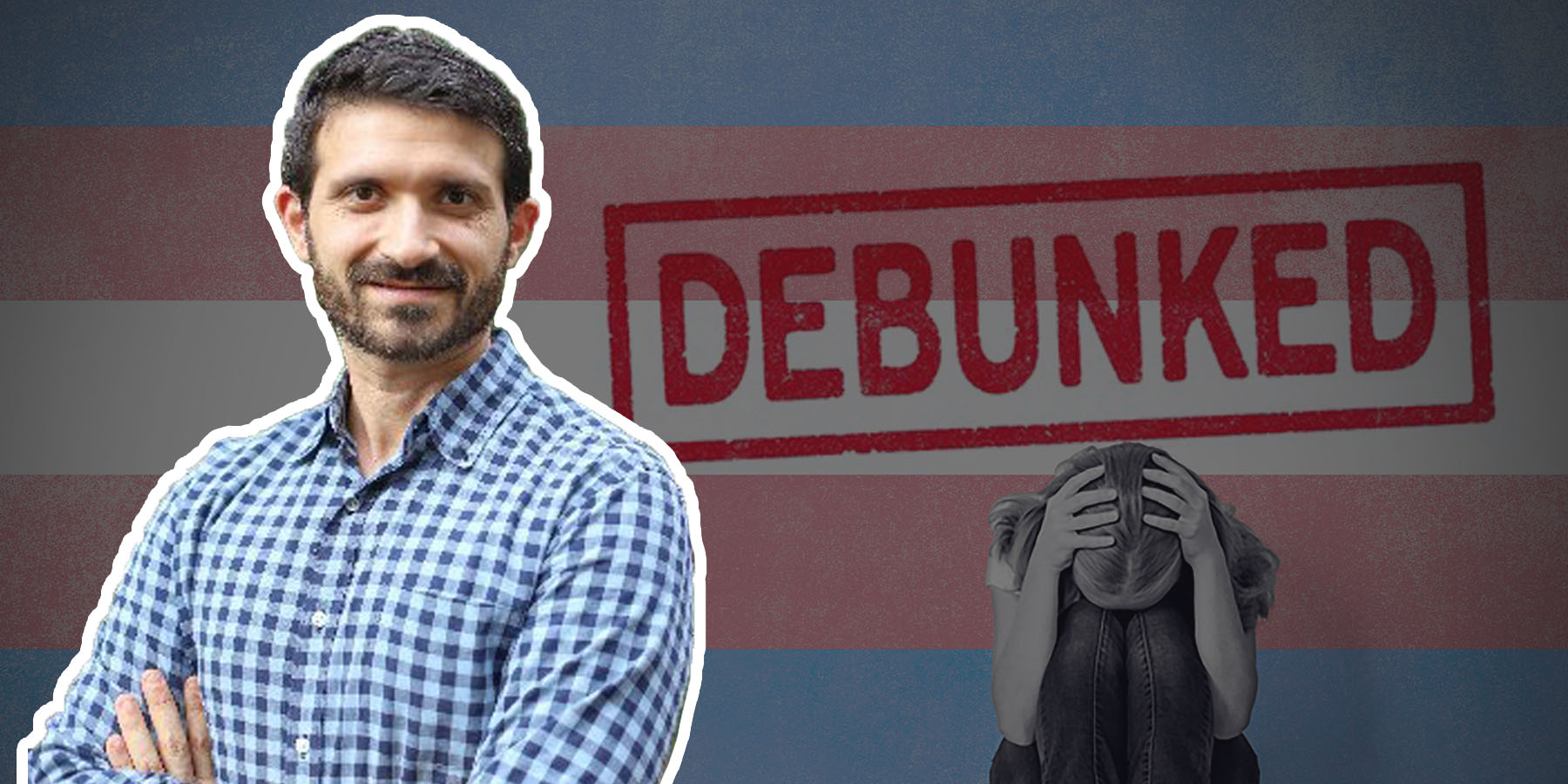 The activist narrative that enforces the idea that preventing children from accessing drugs, hormones, and surgeries to "affirm" their transgender identities will cause them to commit suicide has been debunked, according to a data analysis of suicide rates.

Leor Sapir, a Fellow at the Manhattan Institute and researcher with a PhD in Political Science, calls it a "moral panic." In a piece published in Reality’s Last Stand, a popular Substack by evolutionary biologist Colin Wright, Sapir breaks down the data about suicide rates in trans-identifying youth, showing that the hyperbolic rhetoric about suicide rates may actually do more to increase suicide than prevent it.

Sapir believes that the fear-mongering with inflated statistics about trans suicide rates has been essential to activists in achieving their goals in the political arena. "The affirm-or-suicide mantra has become the central strategy of contemporary transgender activism, and at times it would seem that activists have little else in their rhetorical arsenal," said Sapir.

Sapir cites recent examples of the hyperbolic language used by purveyors of the affirm-or-suicide myth. Khiara Bridges told Senator Josh Hawley during a recent senate hearing that his "transphobic" line of questioning is why "one in five" transgender people attempt suicide.

Secretary of Transportation Pete Buttigieg agreed with his husband Chasten, who said that the Florida Parental Rights in Education Act would "kill kids." Maia Kobabe, author of the pornographic children’s book Gender Queer, said her book’s presence in libraries was "life-saving." The term "life-saving" was also used by Assistant Secretary for Health and Human Services Rachel Levine regarding "gender affirming" interventions (i.e. sex changes) for kids. Levine is a trans-identified biological male.

Sapir found that surveys of suicidality in "trans" youth rely on self-report and do little to vet whether suicide was actually attempted. Studies that claim "trans" youth are at elevated risk of suicide are commonly compared with average mentally healthy teenagers, which is deeply misleading. When researchers compared "trans" youth with teens suffering from similar mental health problems, there was virtually no difference in suicide rates between the groups. "Trans" youth are not any more suicidal than teens with garden variety mental illness, which means that failing to "affirm" a child’s transgender identity does not drive suicidal behavior.

Teens with rapid onset gender dysphoria are "known to have very high rates of anxiety, depression, history of sexual trauma, anorexia, and eating disorders, all of which typically precede their gender-related distress," said Sapir, who believes that gender distress may be a symptom of a troubled teenage girl, but it is incorrectly being treated as an underlying cause.

Sapir dives into the studies purporting to find that puberty blockers given to minors lead to reduced suicidality. The author of the studies, Jack Turban, a trans activist and psychiatry fellow at UCSF, has a long history of designing poor experiments and using bad methodology and biased samples to draw erroneous conclusions from data. "Turban sold his work to an eager media environment as having found strong evidence that puberty blockers are life-saving and medically necessary. And they gobbled it up uncritically," said Sapir.

A Randomized Controlled Trial (RCT) is the gold standard for finding a causal relationship in science. No RCT has ever studied the effects of puberty blockers to treat gender dysphoria, which is why the FDA has never approved the use of Lupron and other puberty blockers for that purpose.

The claims activists make about puberty blockers being completely safe, effective, and a "pause button on puberty" rely entirely on referencing their approved on-label use which is to treat precocious puberty, not how they are increasingly being used off-label to treat gender dysphoria.

Sapir  breaks down a thoroughly debunked 2018 article by Jason Rafferty published in Pediatrics that claimed to find conclusive evidence that alternatives to gender-affirming care are "futile and harmful."

"The article contains a shocking number of errors, omissions, and blatant mischaracterizations of the available research on pediatric gender transition, some of them so fundamental and egregious as to suggest bad faith in the authors," said Sapir. He added that the article’s central conclusion is negated by its citations and flawed logic.

"The hyperbole surrounding the suicide threat is designed to get us to overlook the fundamentally experimental nature of pediatric gender medicine," said Sapir. The point of suicide alarmism, he adds, is to get us to not weigh the pros and cons, benefits and risks.

Sapir believes the affirm-or-suicide narrative may itself contribute to suicide, noting the "contagion" effect that social scientists and health officials have warned of, following public discussions of suicide. "A 2020 study found that teen suicide 'increased significantly' in the month following the release of the Netflix series '13 Reasons Why,' which deals with—and some critics argue glamorizes—that subject," said Sapir.

The CDC has warned not to present simplistic explanations for suicide. "Suicide is never the result of a single factor or event, but rather results from a complex interaction of many factors and usually involves a history of psychosocial problems," said the CDC.

"It's difficult to imagine a more 'simplistic explanation' than 'kids will kill themselves if their gender identity is not affirmed,'" said Sapir.

Disclaimer: The author is in a relationship with Colin Wright.