Seattle Public Schools sent out an email to faculty on Thursday with education resources for teachers to indoctrinate students into the 'abolish the police' movement, and gloss over the riots that lasted for months across the country and caused billions of dollars in damage. 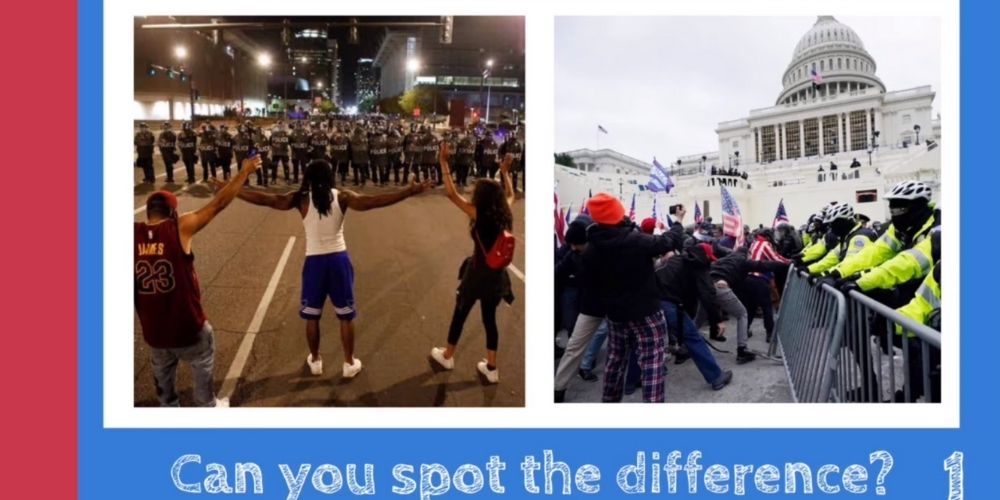 Seattle Public Schools sent out an email to faculty on Thursday with education resources for teachers to indoctrinate students into the 'abolish the police' movement, and gloss over the riots that lasted for months across the country and caused billions of dollars in damage.

The email then links to the radical platform WokeKindergaten whose mission statement read "Woke Kindergarten is a global, abolitionist early learning community, creative expanse and consultancy supporting children, families, educators and organizations in their commitment to abolitionist early education and pro-Black liberation."

On their Facebook page WokeKindergarten said, "Woke Kindergarten is a global, abolitionist early learning community. All Power to the Little People! ? This page is ANTI-RACIST, PRO BLACK, AND LIBERATORY. #AbolishthePolice #ALLBLACKLIVESMATTER"

The post by Woke Kindergarten linked in the email from Seattle Public Schools, teased their latest video for kids which attempted to create the narrative that every BLM protest this summer was peaceful and the only violence was from Trump supporters at the Capitol on Jan 6. The content also blamed the BLM violence all summer long on white supremacists.

The intro post read "Y’all know me—when there aren’t any resources to serve as entry points into conversations about the everyday realities of racism and white supremacy in America, I get to work creating them."

The post then goes on to advocate against former present Donald Trump and in favor of abolishing the police and being part of the radical Black Lives Matter organization. In the post they cannot even bring themselves to say the word 'Trump’ or ‘Police’

"This one in particular encourages kids to interrogate the differences between how Black Lives Matter protestors and Tr*mp supporters are treated by the p*lice through using photography as the medium to introduce them to these contrasts."

WokeKindergarten said that the point of the lesson is "meant to spark conversation and serve as a catalyst to think even more critically about the content—what are the implications of white supremacy? what does it mean to be Black in this America? who is protected under the 'law?' are police really here to serve and protect, and if so, who do they serve? and who do they protect?"

The "spot the difference" video, tried to paint a narrative that there were no BLM riots this summer just "peaceful protests," and that the only riot was the one at the US Capitol on January 6.

The email also included a link to a social justice version of the popular video game Minecraft.

All of that material was listed before any mention of tech or online learning support, which appeared to have been the original intent of the email.

Other posts on WokeKindergaten’s page call for an end to capitalism, and celebrated self proclaimed Marxists like Dr. Angela Davis.

The curriculum was created by Akiea 'Ki' Gross, an ‘abolitionist early educator,' who was selected as the Early Childhood Education Assembly’s 2020 Social Justice Award Recipient and has participated as a speaker, panelist and moderator for many organizations and events including Bank Street’s Black Lives Matter, SXSW EDU, Texas Association for the Gifted and Talented, Teachers for Social Justice, Montclair State, UMBC, NYPL, Abolitionist Teaching Network and more.

On Wednesday, for Holocaust Remembrance Day, Gross posted an anti Semitic tweet equating the death of 10 million people, including 6 million Jews with the creation of the state of Israel. Gross also authored an op-ed entitled, "White teachers need to check their racism before teaching it."

Washington State Public Schools have lost over 47,000 students through December in the 2020-21 school year to private school, charter schools, pod learning and home schooling. Many parents cited radical curriculum as the reason for the exodus. A parent who wished to remain anonymous told The Post Millennial  "I did not realize what my kids were being taught until I had to listen to it every day in my living room."

This emails follows another curriculum taught last week in Seattle and schools across the country for Dr. Martin Luther King Jr. Day that removed Dr. King from the material and replaced him with BLM and marxist radicals and progressive ideology.

Seattle public schools did not return requests for comment.