Bauer made some interesting statements, such as "we can’t say that there are only two sexes" and suggested that some men cease to be male as they age while some women who give birth to male babies cease to be female. 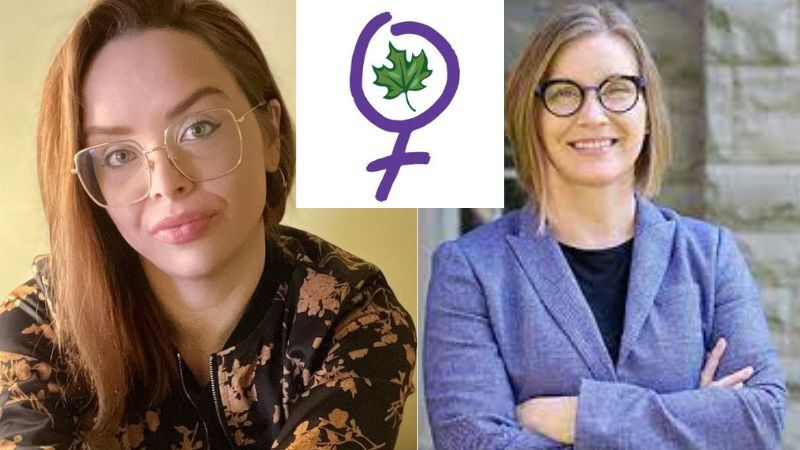 Last month, on day three of the eleven-day disciplinary hearing of Canadian nurse Amy Hamm who is under investigation for allegedly transphobic off-duty activity, Dr. Greta Bauer was called as an expert witness by the British Columbia College of Nurses and Midwives (BCCNM).

As part of the full day of questioning, Bauer was asked to comment on the position statement of the Canadian Women’s Sex-Based Rights (caWsbar) group, of which Hamm is a co-founder. It was during this part of the questioning that Bauer made some interesting statements, such as "we can’t say that there are only two sexes" and suggested that some men cease to be male as they age while some women who give birth to male babies cease to be female.


Bauer is a Professor of Epidemiology and Biostatistics at the Schulich School of Medicine and Dentistry at the University of Western Ontario. She was guided through her testimony by 'barbara findlay' KC, legal counsel for the College, who announced she/her pronouns and also requested that her name be written without capital letters. While Findlay has stated this is simply a preference, there is a growing lowercase movement that will only use capital letters to acknowledge indigenous oppression.

Findlay took Bauer through the 10-point caWsbar position statement and asked her to explain the ways in which she disagreed with it.

Point 1 of the position statement, "Sex -- as distinct from gender -- is a material, biological reality," was the only one Bauer didn’t have an issue with.

In this part of Bauer's testimony she refers to only two sexes: male and female, to somehow make the point that there are more than two sexes.

She then took exception to point three, "Disorders of Sex Development (DSDs, sometimes referred to as intersex) exist, but people with DSDs are either female or male" by using the classic trans activist tactic of suggesting that people born with chromosomal abnormalities are neither male nor female.

"I'll give the example with Turner syndrome," said the expert. "[They] are chromosomally X0. So is that male or female?"

The answer, which was not provided by Bauer or Findlay, is of course that women with Turner syndrome are female. Turner syndrome is a disorder of sex development that can only be found in females.

"It’s a little similar to what happens with Y chromosome loss in males in later life sometimes, where a lot of their blood cells might be X0," continued Bauer. "Is that male or female?" she asked, before going on to liken this to women with Turner syndrome.

Following this logic, your grandfather may actually be your grandmother and you didn’t even know it.

"We can’t say that there are only two sexes, and even when we’re looking at it one dimensionally like with chromosomes, we can’t say there are two sexes," Bauer went on, without actually naming even the third sex. "It's not the case that everybody's XX or XY."

Bauer then brought up the process of microchimerism, which is defined as the presence of a small number of cells that have originated from another individual and are therefore genetically distinct, to demonstrate that point four of the position statement, "humans cannot change their sex; scientific evidence demonstrates that the sex chromosomes within our DNA are present in every one of our cells and are immutable" is inaccurate.

"One of the most common ways you can have a cross-sex microchimerism is in an XX individual who’s been pregnant with an XY fetus," the expert witness explained. This she said proves that our sex chromosomes are not immutable, but failed to explain how this process turns a female into a male.

"Gender identity is what you know yourself to be" was Bauer’s valiant attempt to define the concept without resorting to the stereotypes that point 6 of the statement suggests gender identity relies on.

Then, after stating that "gender identity is distinct from stereotypes," the expert witness stated that everyone has a gender identity and that "cisgender women and girls have cisgender gender expression, whether it’s your friend teaching you to put on makeup when you’re young, or the wearing of particular clothes to particular types of events that might be more feminine." So it would appear that it is about stereotypes after all.

The linguistic barrier between those who use language to describe material reality and those who speak the language of gender ideology, that was evident earlier in the hearing with witness Elizabeth Saewyc, appeared again when discussing point ten of the statement: "The inclusion of males in the definition of 'woman' under federal and provincial Human Rights legislation (i.e., gender self-identification) is regressive, unfair and perilous for Canadian women and girls."

Findlay asked Bauer if it was her understanding that "cis" men are being included as women anywhere, to which Bauer replied: "I’ve not seen that in the text of any policies that I’ve read or been asked to serve as a witness on."

Bauer also stated that she felt caWsbar’s insistence that there are only two sexes and that everyone either fits into the male category or the female category means "there’s no possibility for trans existence."

To conclude, Findlay moved the discussion to the issue of single-sex spaces and caWsbar's demand that women continue to have access to spaces that are female only.

Bauer pointed out that there are no trans shelters or trans prisons, so if trans-identified males aren't given access to spaces for females, they’ll have nowhere else to go.

"If transwomen were to use spaces designed for cis men, what would be likely to happen?" asked Bauer. "Well a lot of times, people would avoid those spaces because they’re going to feel profoundly unsafe…I think for a lot of the same reasons that cisgender women wouldn’t want to be in a men’s shelter either." It doesn't appear to have crossed Bauer's mind that women might object to males self-identifying as women and accessing female spaces for that very same reason.

"We stand firm, together with Amy Hamm, in our position statement, and are confident that reasonable Canadians recognize the illogic inherent in gender identity ideology," said caWsbar spokeswoman Liza Vespi in a statement to The Post Millennial. "Our foremothers from the Suffragettes to the Second Wave feminists worked diligently to ensure that all women and girls could participate fully, freely, fairly and safely in society. Canadian legislators have done Canadian women a great disservice by allowing males to self-identify into the female sex class through this anti-scientific, regressive gender identity movement."

When the hearing resumes on Oct 24, Bauer will be cross-examined by Lisa Bildy, legal counsel for Hamm.