A Buzzfeed News investigation found that Mikkelson wrote and published over 50 articles containing plagiarized material between 2015 and 2019. 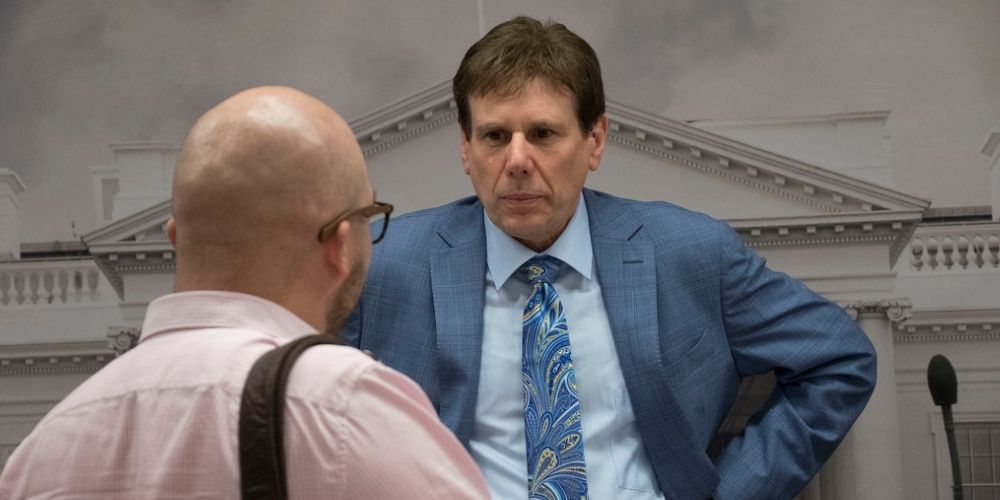 On Friday, it was revealed that the co-founder and CEO of the popular fact-checking site Snopes David Mikkelson has been writing articles using plagiarized content under a pseudonym for years.

A Buzzfeed News investigation found that Mikkelson wrote and published over 50 articles containing plagiarized material between 2015 and 2019.

"After inquiries from BuzzFeed News, Snopes conducted an internal review and confirmed that under a pseudonym, the Snopes byline, and his own name, Mikkelson wrote and published 54 articles with plagiarized material," wrote Buzzfeed.

As a result from Buzzfeed's findings, Mikkelson has been suspended from editorial duties "a comprehensive internal investigation." According to Buzzfeed, Mikkelson remains an officer and a 50 percent shareholder of the company.

"Our internal research so far has found a total of 54 stories Mikkelson published that used appropriated material, including all of the stories Buzzfeed shared with us," Marchionni and Snopes Chief Operating Officer Vinny Green said in a statement.

"Let us be clear: Plagiarism undermines our mission and values, full stop," Marchionni continued. "It has no place in any context within this organization."

In a separate statement signed by eight current Snopes writers, they stated that "We strongly condemn these poor journalistic practices… we work hard every day to uphold the highest possible journalistic and ethical standards."

Mikkelson said in a statement that "there is no excuse for my serious lapses in judgement. I'm sorry."

In addition to being under investigation for plagiarism, Mikkelson is getting heat for using a pseudonym, a practice that is highly frowned upon and deemed unethical.

"It's just a David Mikkelson alt," Snopes' former managing editor Brooke Binkowski told BuzzFeed News. "He used to write about topics he knew would get him hate mail under that assumed name. Plus it made it appear he had more staff than he had."

Despite Snopes saying that "follows all industry guidelines for transparency in reporting," the fact that Zarronandia was actually Mikkelson was not disclosed on the website

When asked about the plagiarism and use of a pseudonym by Buzzfeed News, Mikkelson blamed it on his lack of a journalistic background.

"I didn't come from a journalism background," he said. "I wasn't used to doing news aggregation. A number of times I crossed the line to where it was copyright infringement. I own that."

Mikkelson told Buzzfeed News that he initially created the Zarronandia pseudonym during the run-up to the 2016 presidential election in an attempt to "mislead the trolls and conspiracy theorists who frequently targeted the site and its writers," wrote Buzzfeed News.

"It was kind of a stress-relief thing [after] spending 20 years seeing people trying to discredit our work by just making stuff up about us," Mikkelson said. "Let's have some fun and watch these people vent their spleen inventing reasons why this nonexistent persona is biased."

In regards to his use of plagiarized content, Binkowski told Buzzfeed News that the use was his key too getting articles out quick.

"That was his big SEO/speed secret," said Binkowski. "He would instruct us to copy text from other sites, post them verbatim so that it looked like we were fast and could scoop up traffic, and then change the story in real time. I hated it and wouldn't tell any of the staff to do it, but he did it all the time."

"In two emails from 2014 and 2015, Mikkelson told staff to 'pop over to one of our competitor sites (urbanlegends.com or hoaxslayer.com), pick something out that they've recently published that we haven't covered,' and 'rewrite it just enough to avoid copyright infringement,'" wrote Buzzfeed News.

In response to the investigation, Marchionni and green wrote in a statement from Snopes that each post containing plagiarized content would display an editors note explaining the source attribution problem, and that advertising would be disabled on them. An apology to all outlets that were effected would also be issued.