The family of a student accused of opening fire at an Arlington high school on Wednesday have revealed that he had been bullied numerous times prior to the incident. 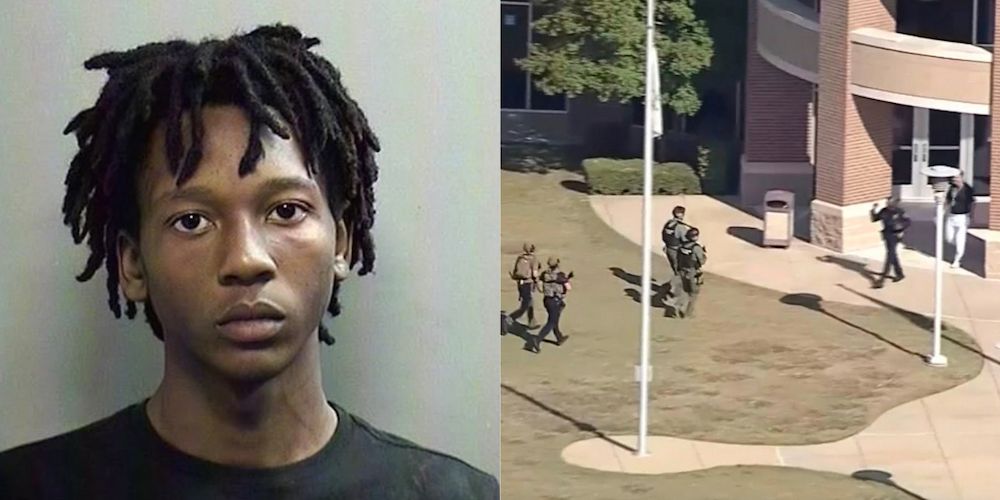 The family of a student accused of opening fire at an Arlington high school in Texas on Wednesday have revealed that he had been bullied numerous times prior to the incident.

Timothy George Simpkins, 18, is alleged to have opened fire following an altercation in a classroom at Timberview High School on Wednesday morning. Three people where shot and were transported to the hospital. A pregnant teacher who was hurt in a fall was treated at the scene.

Shortly after fleeing the scene, Simpkins turned himself in to police, according to the Dallas Morning News, speaking to detectives with the help of an attorney. He was arrested and charged with three counts of aggravated assault with a deadly weapon.

Following the incident, members of Simpkins' family spoke out, claiming that he had been bullied and robbed at school many times.

"It happened not just once, it happened twice," said family spokesperson Carol Harrison Lafayette. "He was scared, he was afraid."

"There is no justification of anybody … being hurt," she added. "We have to take a look at the fact that bullying is real, and it takes us all, and I do apologize. We ask as a family for forgiveness of any type of hurt."

The family urged the school to conduct a full investigation that looked into not only the shooting, but instances of bullying that may have preceded it.

Simpkins, who is currently being held on a $75,000 bond, was described as kind and loving, "looking forward to graduating and doing something with his life."