"The United States was well aware of the inherent risks of the type of dual-use research in which Xi Jinping was engaging. It seemed the health, science and even defence community turned a blind eye to these grave national security and biosafety concerns..." 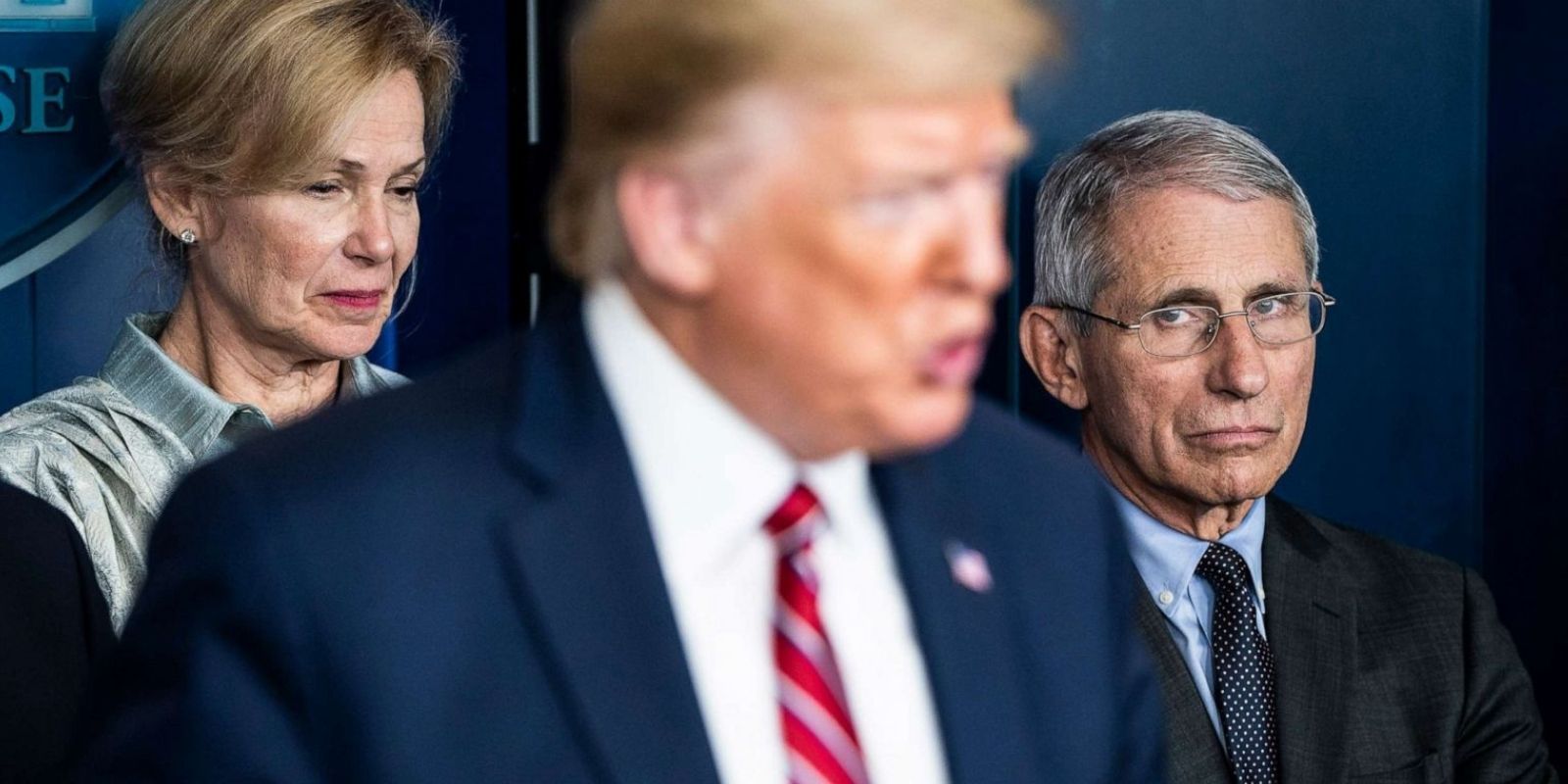 Australian investigative reporter Sharri Markson released her new book What Really Happened In Wuhan on Oct. 1, which according to its Amazon page, looks "into the origins of Covid-19, the cover-ups, the conspiracies and the classified research."

"Fauci's public persona as a cautious, careful medical professional is contradicted by his central role in kickstarting exceptionally fraught gain-of-function research in the United States after the ban introduced in the Obama era, along with his role in funding coronavirus research in China in unsafe laboratories. Laboratories that intelligence agencies suspect may have sparked the pandemic," Markson says in her book.

According to Fox News, the book details how Fauci attempted to convince then-White House chief of staff Mark Meadows "to return funding to a research project in China, which was run by a U.S. nonprofit called EcoHealth Alliance. The funding to EcoHealth was suddenly terminated last year after a decade of the project studying bats in China to identify coronaviruses."

"Tony, you have to take it up with the boss. Meadows is the one making this call," former Secretary of Health and Human Services Alex Azar told Fauci, after the NIAID director complained about the sudden termination of the funds, according to book excerpts obtained by Fox News.

Fauci reportedly had "no qualms" in meeting with Meadows in an attempt to overturn the EcoHealth decision, "even though it was now public that this not-for-profit group had been funding the Wuhan laboratories conducting gain-of-function research on coronaviruses in the same city where the pandemic started."

"Fauci declined to comment but sources familiar with his complaint say he mounted a case based on the lack of process, rather than any personal relationship with Daszak," the book states, in reference EcoHealth Alliance president Peter Daszak.

The book notes that Collins emailed Fauci in April of 2020 saying any claims of a laboratory leak of the virus was in fact a conspiracy.

"The email was titled 'conspiracy gains momentum' and it included a link to on-air comments by Fox News host Bret Baier that multiple sources had told him the virus may have originated in a Wuhan laboratory before accidentally escaping. Perhaps the leadership at the NIH viewed this as innocent international collaboration," the book states.

"If so, this was naive. The United States was well aware of the inherent risks of the type of dual-use research in which Xi Jinping was engaging. It seemed the health, science and even defence community turned a blind eye to these grave national security and biosafety concerns, along with China's blatant theft of American intellectual property," the book continues.

In her book, Markson spoke to former Secretary of State Mike Pompeo, who despite not naming Fauci, blamed the NIH and some US health officials for funding that went to the Wuhan Institute of Virology, where they were studying bat coronaviruses around the time of the pandemic's outbreak.

"What is clear to me is that the folks at NIH and the health professionals at the United States that were supervising these American researchers going to this lab also knew that this lab did not meet rigorous safety standards, the standards that we would hold an American laboratory to or a British or French or Australian or Japanese facility to," he said. "It seems like that raises an awful lot of questions about the absence of oversight and the risks that pertain to that."

The book also highlights how senior White House officials were shocked to learn that Fauci had lifted the Obama-era ban on gain-of-function research back in 2017, and "they were even more astounded to discover he knew so much about the research in Wuhan, but never said a word as the pandemic unfolded."

According to the book, Trump's acting chief of staff, Mick Mulvaney, "said Fauci did not once mention the gain-of-function research that his agency had funded at the Wuhan Institute of Virology."

"I do not recall him saying anything of the sort, and certainly not that he may have been involved with it," Mulvaney told Markson. "I was surprised to recently learn of the connection. Honestly, I wish I had known about it, as it clearly would have registered as a possible source of bias in Fauci's contributions to the debate. Put another way: I knew Navarro hated the Chinese, so I knew to take his input on, say, the travel ban, with a grain of salt. I did not know of Fauci's involvement in the research in China. That certainly would have impacted the weight we gave to some of his contributions."

The book also highlights how Fauci, despite not telling Trump administration officials about the funding of gain-of-function research, stated in emails that he was worried about the NIH funding such research.

"Fauci was clearly concerned in the very earliest days of the outbreak that his agency had funded gain-of-function work at the Wuhan Institute of Virology, maybe even funding the laboratory that caused the pandemic. He had cause to be extremely worried, given scientists were telling him Covid-19 may have been genetically altered," Markson writes.