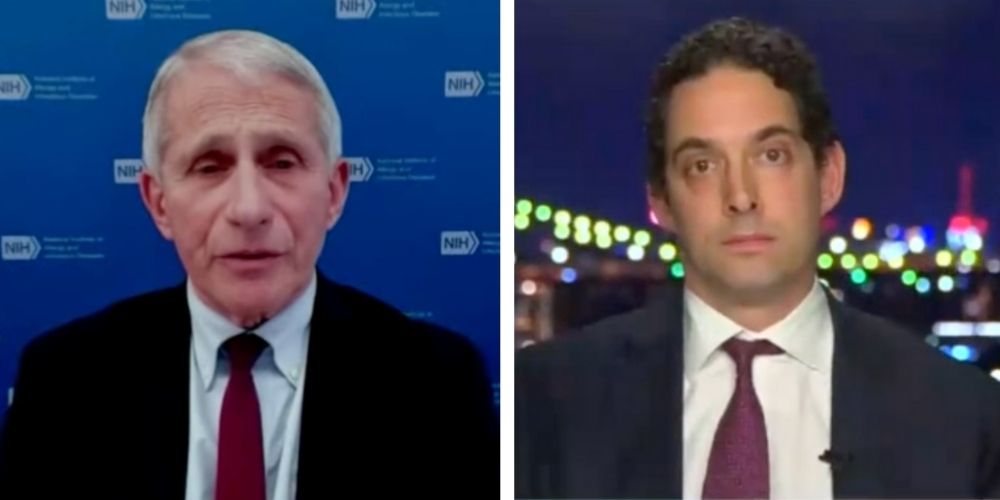 Following a Tuesday evening interview with writer Alex Berenson on "Tucker Carlson Tonight," National Institute of Health director Dr. Anthony Fauci is refuting his claims that mRNA COVID-19 vaccines should be removed from the market and are "dangerous and ineffective."

"I think the data speaks for themselves. We make recommendations based on the scientific data and the observations, particularly those that Dr. Walensky has just mentioned," said Fauci.

In an interview with Tucker Carlson on Tuesday night, Berenson, author of "Pandemia: How Coronavirus Hysteria Took Over Our Government, Rights, and Lives," claimed that vaccines do not work against the omicron variant, and that the mRNA vaccines should be removed from the market because they are "dangerous and ineffective" products.

"It is it is completely clear now that the vaccines don't really work at all against omicron. In these highly vaccinated and highly boosted countries, rates of infection are incredibly high, and rates of serious disease and death are also rising. The Israelis are predicting that they're going to have more serious cases than they ever had at the peak last year," said Berenson. "And the idea that we would solve this with another booster is is just off the charts insane."

"The spike that they make your body make that you then produce antibodies to is not the omicron spike," Berenson claimed.

Berenson continued on to note that Fauci said earlier on Wednesday that the government would cease giving people monoclonal antibody treatments "because the first generation products — because they don't work against the Omicron spike."

On Monday, the Food and Drug Administration closed Florida’s monoclonal antibody treatments sites after the federal government abruptly removed the treatments from Emergency Use Authorizations.

The FDA said Monday the antibody drugs from Regeneron and Eli Lilly should no longer be used because the treatments are unlikely to be effective against the omicron variant.

"The same logic applies to these mRNA vaccines and giving people boosters," said Berenson. "Even if in the very short term, it knocks down infection rates. There's a boomerang effect and that's what they're seeing in all these countries. We are in a dangerous moment and these products need to be withdrawn."