"The guy should be fired on the spot," said Fauci. 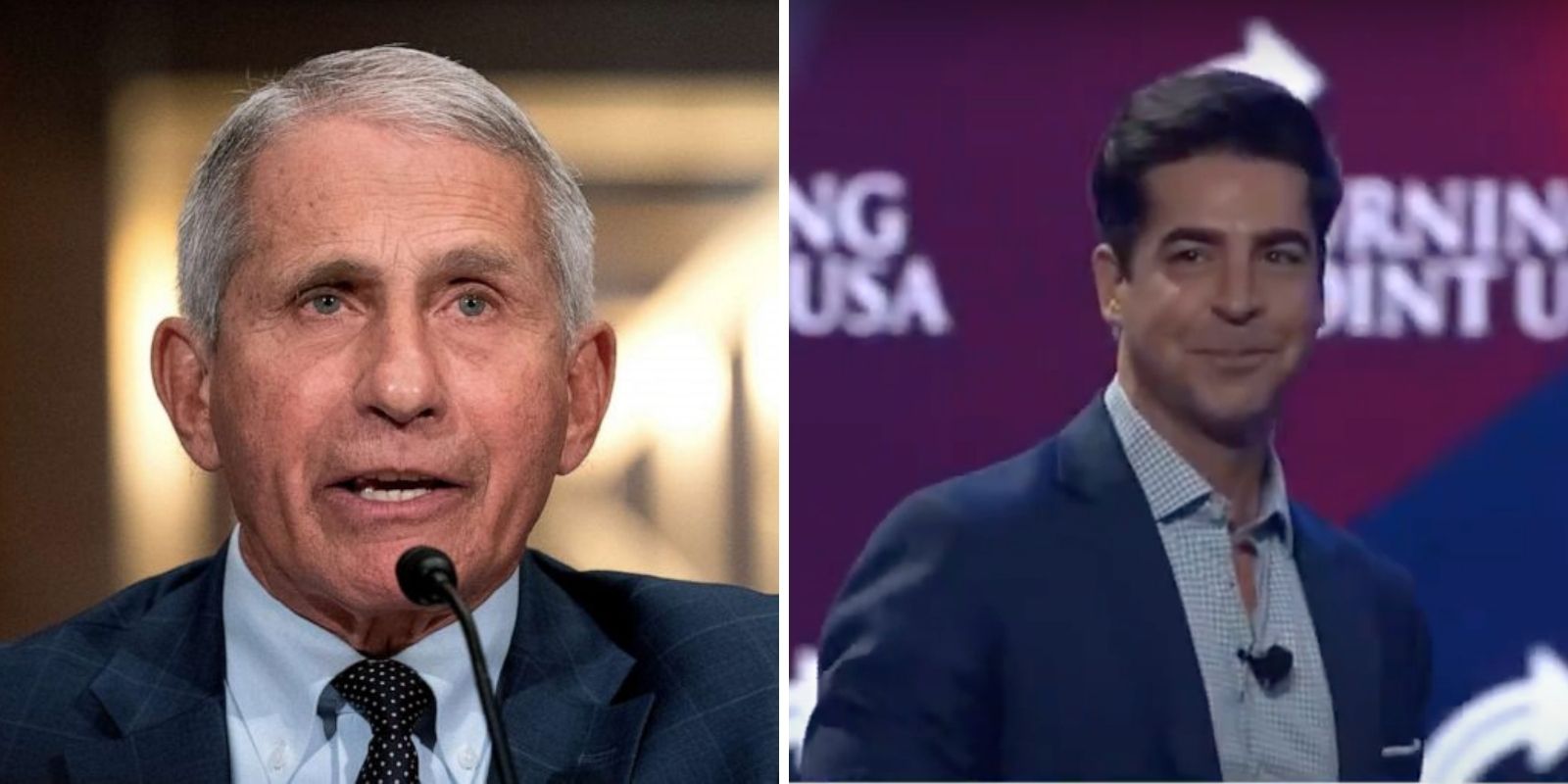 In an interview with CNN's "New Day" on Monday, Dr. Anthony Fauci responded to comment's from Fox News personality Jesse Watters, in which he called for students to ambush Fauci with questions regarding the National Institute of Health's funding of gain-of-function research.

"I’m not gonna play it because frankly I think it's dangerous, but Jesse Watters, who as a Fox News entertainer was giving a speech to a conservative group where he talked about you and suggested to the crowd that they ambush you with what he said was some kind of rhetorical kill shot that was his exact word. I'm wondering how much that concerns you when you hear language like that about you and your well being?" Said Berman.

"Well, John, that's horrible. I mean, that just is such a reflection of the craziness that goes on in society," replied Fauci.

"The only thing that I had ever done throughout these two years is to encourage people to practice good public health practices, to get vaccinated, to be careful in public settings, to wear a mask, and for that, you have some guy out there saying that people should be given me a kill shot to ambush me?" Fauci continued.

"I mean, what kind of craziness is there in society these days? That's awful that he said that, and he's going to go very likely unaccountable. I mean, whatever network he's on is not going to do anything to him. I mean, that's crazy. The guy should be fired on the spot," he concluded.

The two were responding to a speech given by Watters during Turning Point USA's conservative conference. Watters requested that those watching "ambush" Fauci with questions regarding the National Institute of Health's funding of gain-of-function research at the Wuhan institute of Virology.

"Now you go for the kill shot. The kill shot with an ambush? Deadly. Because he doesn't see it coming," Watters told the crowd.

"This is when you say, 'Dr. Fauci, you funded risky research at a sloppy Chinese lab, the same lab that sprung this pandemic on the world. You know why people don't trust you, don't you?'" Watters continued, adding, "Boom, he is dead. He's dead. He's done."

Watters continued on to state that those that ambush Fauci with this question, they should get the footage "into Fox. You get into Human Events. You get it to Breitbart. You get into Daily Caller. You get into the Turning Point pipeline."

"Imagine Tucker Carlson teases out of the A block, 'Coming up: Brave college student confronts Lord Fauci at dinner. Exclusive footage right back.' Get us that. That's what we want. That changes the whole conversation of the country. I've authorized it. Just make sure it's legal," Watters continued.

In response to Fauci's response, Twitter users pointed out that Watters was encouraging people to ask Fauci questions regarding his dishonesty.

"Based on watching the full clip and reading the entire transcript, it's more than clear that Jesse Watters was using a metaphor for asking hard-hitting questions to Dr. Fauci about gain-of-function research and his words have been twisted completely out of context," Fox News said in a statement.