"Wage growth has been a contributing factor to inflation, especially in the service sector, so it is important to get the labor market into better balance to bring future wage growth down to a more sustainable level that will assist in moving overall inflation lower." 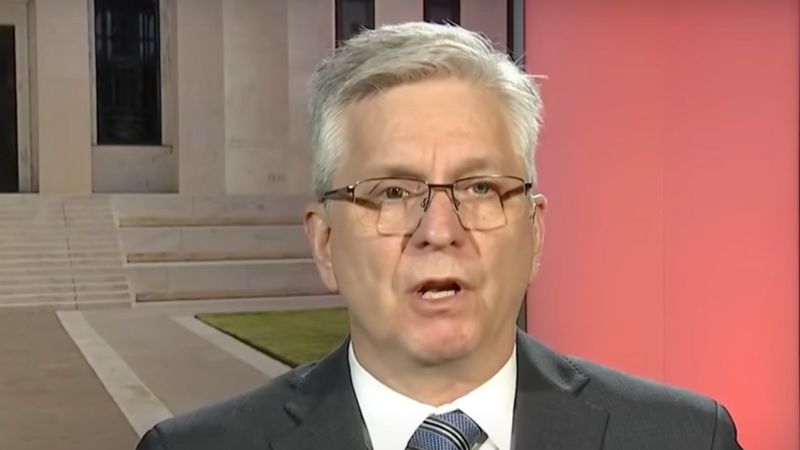 A member of the Federal Reserve's six-member board, Christopher Waller, speaking from Phoenix, Arizona on Wednesday, said that "wage growth" has been contributing to inflation and the solution was for companies to end raises for staff, especially in service sector jobs such as for retail, transportation, and food service workers.

According to the Daily Mail, Waller said, "Wage growth has been a contributing factor to inflation, especially in the service sector, so it is important to get the labor market into better balance to bring future wage growth down to a more sustainable level that will assist in moving overall inflation lower."

"At any other time, I would be pretty unhappy about slowing growth, but not now," Waller added.

The Federal Reserve is the central bank of the United States. Unlike the Treasury Department, which manages federal spending of government funds, the Fed is not a part of the federal government. The Fed's goal is to engineer America's monetary policy to "promote the stability of the financial system."

Since Joe Biden took office the country has faced consistent record high inflation, soaring at rates not seen in 40 years.

Comer added, "While there was roughly one job vacancy for every job seeker in what was a strong labor market before the pandemic, now there are almost two jobs for every person looking for work."

"Wages have been rising more quickly than they have in decades, much faster than productivity growth plus 2 percentage points that I think of as consistent with the FOMC's 2 percent inflation objective," Comer said.

FOMC is the Federal Open Market Committee which has stated that the Fed's goal is to bring America's inflation rate down significantly to 2 percent from its current 7.7 percent.

Comer's recommendation for employers to end giving raises to fight inflation comes after the Fed has hiked interest rates by .75 basis points over the summer.

According to the Daily Mail, Fed officials say that restricting the job market by cutting raises is part of their "nuanced" approach" to fighting inflation.