Having an agency dedicated to emergencies helping at the border is the closest the Biden administration will officially declare it as much. 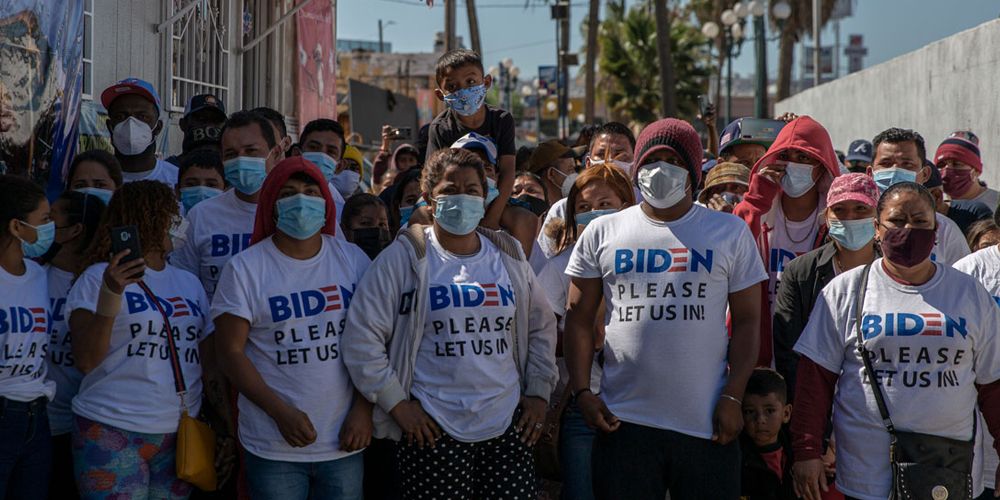 Having an agency dedicated to emergencies helping at the border is the closest the Biden administration will officially declare it as much.

The order came down from Homeland Secretary Alejandro Mayorkas. He ordered the Federal Emergency Management Agency to support the border over the next 90 days.

Migrant children are being kept in unclean and unsafe conditions, facing concerns of possible illness and overcrowding.

The order misleadingly claims that the crisis has been actively ongoing since April 2020. Instead of pointing towards the more immediate spikes in border crossing over the past few months since Joe Biden took office.

We’re far from the days where people criticized former President Trump’s plan for a wall.

According to interviews done by AP, hundreds of migrant minors are being stuffed together in a tent facility. Humanitarian lawyers managed to interview over a dozen of these children, who are packed in a place with more than a 1000 people.

Some of the kids told the lawyers “we’ve been here for a week” even though the official limit for holding children is three days. When it comes to Coronavirus concerns, that’s not even being considered. Waiting five days for a shower is the norm.

The Biden administration denied these lawyers access to the tent facility. “It is pretty surprising that the administration talks about the importance of transparency and then won’t let the attorneys for children set eyes on where they’re staying,” said one of lawyers, Leecia Welch.

Since the lawyers can’t see for themselves the abysmal conditions these migrant kids are facing, they have to take the word of those interviewed for it.

Other reports from today indicate this Biden border crisis is forecast to only grow worse in the months to come. This as the legal capacity at migrant facilities is exceeding levels of 729 percent overcrowding.