A Substack called Karlstack, run by Christopher Brunet, revealed one of those filming to be Sarra Tekola, PhD student in Sustainability at ASU. 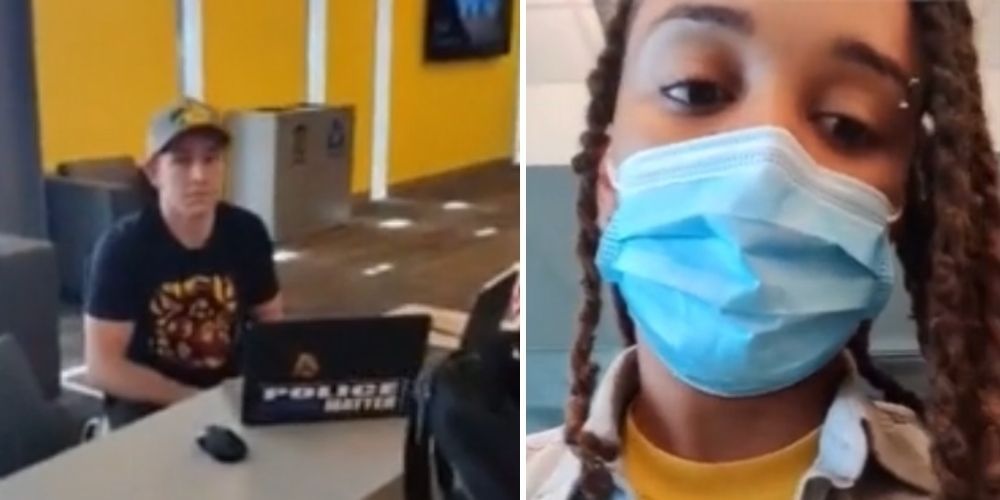 Publication note: An earlier version of this article misattributed Christopher Brunet's reporting to James Lindsay. The article has been updated with proper attribution.

On Sunday, prominent author James A. Lindsay tweeted out reporting that one of the female students that filmed an incident in a multicultural student space at Arizona State University is a Ford Foundation Fellow.

A Substack called Karlstack, run by Christopher Brunet, revealed one of those filming to be Sarra Tekola, PhD student in Sustainability at ASU.

"I was shocked and horrified to learn that she was, in fact, already grown up! Judging by her LinkedIn profile she is pushing 30, and therefore ostensibly possesses a fully developed frontal cortex," wrote Brunet.

Brunet also noted that Tekola wrote on her LinkedIn profile that since August of 2018, she has been a Ford Foundation Fellow.

According to the Ford Foundation's website, "We invest in transformative ideas, individuals, and institutions. We're reimagining philanthropy to catalyze leaders and organizations driving social justice and building movements across the globe."

"As a group, their views on policy issues are uniformly bleeding-heart-Marxist… so much so, that they are actually pretty boring and predictable. The listserv is mostly them patting each other on the back over how brave and smart they are all," wrote Brunet.

"The much more compelling undercurrent in these emails, rather than any particular policy issue, is the clear disdain that they hold for unfettered free speech and scholarly debate. It isn't just one or two individuals. This problem is endemic to their corporate culture," Brunet continued.

Brunet included some quotes from emails to highlight the above statements. "'I reject these neoliberal invocations of 'dialogue' or 'understanding the other side,' 'You seek civil debate and discussion but we must first agree that [my] facts are facts,' and 'I find it appalling that one might raise this question.'"

"Paradoxically, they constantly prattle on about equality and how everyone is equal, yet they clearly consider themselves to be fundamentally better people than anyone without a PhD. They love appeals to authority and credentialism — the exact type of people that smugly include 'PhD' after their names on Twitter," wrote Brunet.

"No, these are not the working class. They would not be caught dead sharing a bowl of Froot Loops with a highschool educated opioid user from Appalachia. They feel much more comfortable rubbing shoulders at a snobby Georgetown thinktank, or discretely doing bumps of cocaine at a swanky Manhattan fundraiser. The Ford Foundation Fellows want you to think they are the proletariat, when, really, they are the bourgeoisie!" Brunet continued.

Both Tekola and another student, Mostadi, filmed an encounter with a white male student who was sitting in the multicultural student center as ASU.

"You're making the space uncomfortable… You're white. Do you understand what a multicultural space is? It means you're not being centered," one of the women told the student.

The student responded, "You don’t think white is a culture?"

The women continued on to point out that the student's sticker on his laptop, which said police lives matter, was racist, and that the entire rest of the student union outside of that room centered around him, a white person.