Ferguson police chief says there is no record of Rep. Cori Bush's claim protesters were routinely shot at during 2014 protests

“They never faced consequences,” she added. “If Kyle Rittenhouse gets acquitted, it it tells them that even 7 years later they can still get away with it.” 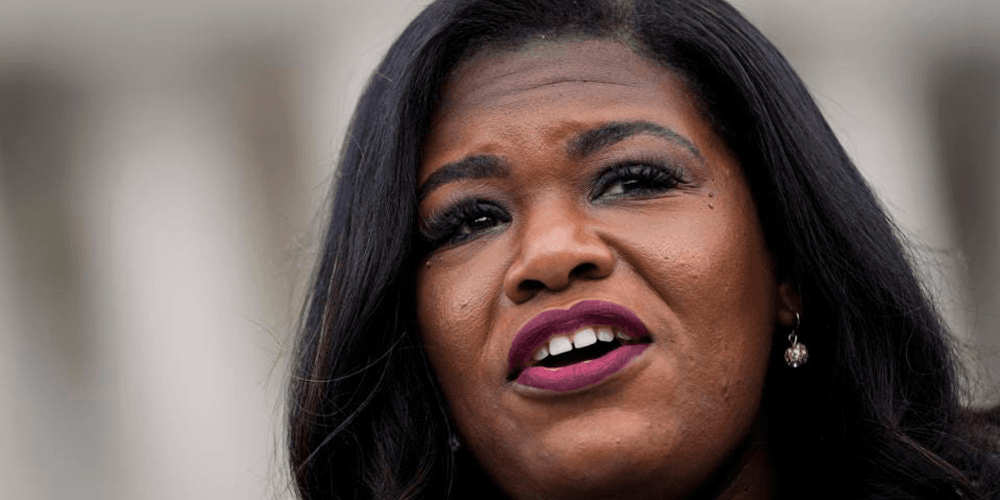 Rep. Cori Bush weighed in on the Kyle Rittenhouse case today, just as she did last year when the shooting first happened – and appeared to insinuate that in the event of Rittenhouse’s acquittal, it would send a message emboldening white supremacists she claimed shot at her protest group in Ferguson.

In a tweet that garnered swift backlash, Bush wrote, “When we marched in Ferguson, white supremacists would hide behind a hill near where Michael Brown Jr. was murdered and shoot at us.”

“They never faced consequences,” she added. “If Kyle Rittenhouse gets acquitted, it it tells them that even 7 years later they can still get away with it.”

Bush is an activist who rose to prominence during the Ferguson riots and was eventually elected to public office.

Asked about more information about the alleged incidents of white supremacists shooting at protesters, a spokesperson for her campaign issued a statement on Monday night to STL Dispatch, doubling down on the Democrat representative’s earlier claim.

“While on the frontlines of the Ferguson Uprising, Congresswoman Bush and other activists were shot at by white supremacist vigilantes. The question we need to ask is why white supremacists feel empowered to open-carry rifles, incite violence, and put Black lives at risk across our country,” the spokesperson said.

The use of the claim “vigilante” is an apparent reference to the Rittenhouse trial. Rittenhouse is on trial for the deaths of Joseph Rosenbaum and Anthony Huber, and the wounding of Gaige Grosskreutz, whom he shot on the night of August 25, 2020.

In response to Bush’s claim, Ferguson Police Chief Frank McCall Jr. told the publication that there were no records of any such incident in which vigilantes, white supremacists or otherwise had shot at protesters in 2014.

“Not that I’m aware of,” he said, adding he wasn’t aware of any incidents that the tweet might be referencing.

Despite the lack of any media or police reports about the alleged shooting Bush referenced, fellow activist Ohun Ashe backed up Bush’s account on Twitter to state that she “vividly” remembers “hiding under porches in Canfield as shots were fired at us.”

“No one came to help us. Ferguson police would be nearby. We would come from under porches using cars as shields in between gun shots to make it out,” she wrote.

for evidence of the alleged 2014 shooting, Ashe shared an article about a man accused of driving through a crowd of protesters in Brentwood and firing at them in 2020. She was unable to substantiate the earlier alleged incident.

In March 2015, two police officers were shot outside of the Ferguson police headquarters, causing some protesters to flee. A year later, a man named Jeffrey Williams was convicted of the shooting. Williams told police that he wasn’t aiming at police but rather returning fire after an unidentified person fired at his vehicle.