New Hazelton RCMP said the incident is considered "suspicious" but is unsure of any connections to the devastating fires on band land in southern BC that burned four churches to the ground. 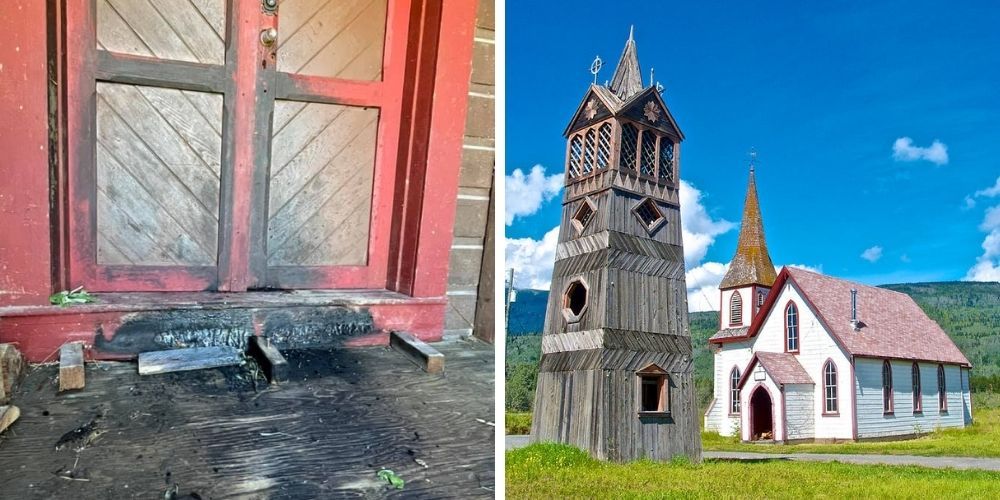 Yet another church was set aflame in British Columbia, but the damage sustained this time was minimal. Unlike the other four churches, its structure remains intact.

According to The Georgia Straight, New Hazleton RCMP received a call about a fire at a church in Gitwangak on Saturday at 1:15 AM.

The vacant century-old St. Paul’s Anglican Church - located on Gitwangak band land - had a fire in its entranceway that the New Hazleton Fire Department managed to extinguish.

Chief Sandra Larin told Global News the fire was intentional. Thankfully, no one was injured. Larin said the fire destroyed the church's front steps, but the main structure and historic tower remained standing.

New Hazelton RCMP said the incident is considered "suspicious" but is unsure of any connections to the devastating fires on band land in southern BC that burned four churches to the ground.

New Hazelton RCMP continues to work with and support our local Indigenous leaders and communities.

Larin condemned the incident and urged band members to seek peaceful ways to heal. “While I understand that hostility and needing to find a way to heal from it, that church was built by our ancestors in the late 1800s by the hands of our elders at the time with such a great sense of pride," she said.

"There are many in this village that still have a strong, formal religious faith and they find healing from that."

The investigation into the fire is ongoing, and police are urging anyone who may have information regarding the incident to come forward.