Conservative MP and finance critic Pierre Poilievre vowed “to speak for hours and hours on end” in the House of Commons this week to force the government’s hand in the SNC-Lavalin affair, setting the stage for a second budget-related filibuster in a month. 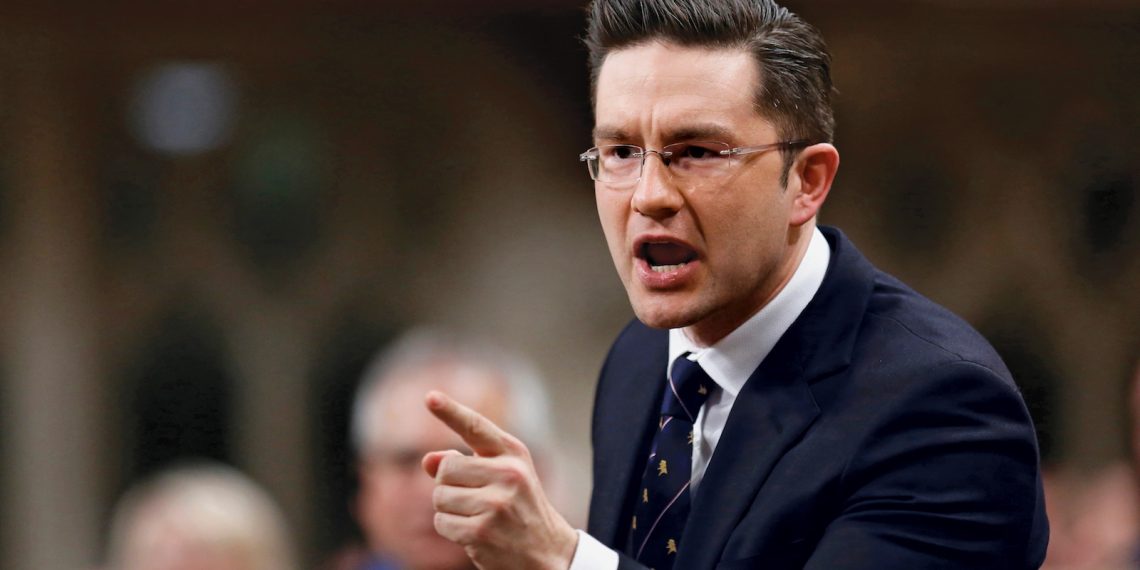 Conservative MP and finance critic Pierre Poilievre vowed “to speak for hours and hours on end” in the House of Commons this week to force the government’s hand in the SNC-Lavalin affair, setting the stage for a second budget-related filibuster in a month.

“I will be doing a marathon speech demanding the government end its cover up of the SNC-Lavalin scandal,” said Poilievre, who wants parliament to reopen its investigation. “The explosive revelations we witnessed on Friday … show that Jody Wilson-Raybould was telling the truth and Justin Trudeau was not.”

Last Friday the Justice committee released a recorded phone call between former Attorney General Wilson-Raybould and the nation’s top bureaucrat, Clerk of the Privy Council Michael Wernick. Both are at the centre of allegations she was politically pressured to divert SNC-Lavalin’s trial for bribery and corruption charges.

The tense 17-minute conversation was taped and provided as supplementary evidence by Wilson-Raybould and appears to vindicate her testimony at the committee in February: that she was inappropriately pressured to interfere in the public prosecutor’s case against the Québec construction firm.

“We now need to hear from all the players,” said Poilievre. “All those who interfered with the attorney general in an attempt to stop the criminal trial into SNC-Lavalin’s fraud and bribery charges.”

Of key figures implicated by Wilson-Raybould for political interference in the matter, the Justice committee heard from just Wernick and Prime Minister Trudeau’s former principal secretary Gerald Butts’, before its Liberal majority shut down the probe on March 19.

Trudeau’s chief of staff Katie Telford is also alleged to have said she did not want to “debate legalities” and she would line up “all kinds of people” to write Op Eds supportive of Wilson-Raybould, if she went along with the plan.

However, Trudeau has maintained his former attorney general “saw it differently” and any overtures by him or others in his circle were about saving 9000 SNC-Lavalin jobs, purportedly at risk during a protracted trial and possible conviction. If SNC-Lavalin is found guilty of the charges, it would face a 10-year bidding ban on federal contracts.

Both Butts and Wernick have since resigned over the affair, as well as Wilson-Raybould, who resigned from cabinet in February and former Treasury Board president Jane Philpott, who  resigned at the beginning of March in solidarity with her colleague, noting she had “lost confidence” in the government.

Poilievre’s filibuster gambit, which resumed around 4:15pm this afternoon, utilizes parliament’s standing rules providing the Opposition unlimited time to respond to a new budget which Morneau tabled two weeks ago. Budget debate in the Commons is scheduled for four days and Poilievre must yield the floor to daily question periods, private members’ business and end his speech each day at the close of scheduled House business.

“Conservatives will put forward a list of witnesses, all of whom have been implicated in some way,” Poilievre told reporters shortly before noon and the start of his filibuster. “We want the government to agree that all those witnesses come before a parliamentary committee for questioning and when they agree to that, I’ll stop speaking.”

A 30-hour budget filibuster that occured barely two weeks ago – a line-by-line supplementary spending vote on the 2018 budget – was triggered by Conservatives after Liberal MPs voted down a motion to allow Wilson-Raybould more testimony time at the Justice committee.