Finding the father: one woman’s search for what inspires men to be men

If fathers are encouraged to be present and intentional models in their sons’ lives, I am optimistic about the future and anticipate meeting the men of tomorrow 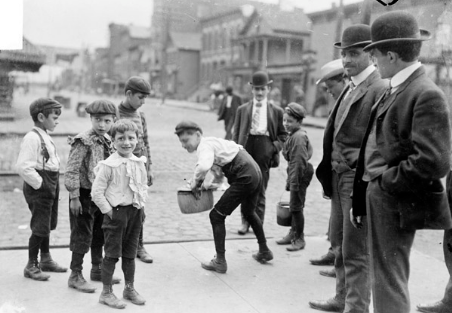 January 2019 was the month of masculinity critique. First, the American Psychological Association released guidelines for practice with men and boys.  The first article I read about these guidelines was Stephanie Pappas’ article on the APA’s own website, in which she goes over the heart of the guidelines: “traditional masculinity—marked by stoicism, competitiveness, dominance, and aggression—is, on the whole, harmful.”

Though I was initially troubled by such a sweeping generalization, I decided to go about my day and leave this debate to the professionals.

Only days later the second critique was released in the form of a (now infamous) Gillette commercial. The first half of the commercial displays what is considered toxic male behavior, and is juxtaposed with healthy male behavior in the second half.

Whether the company achieved their goal of inspiring men to “be better” depends who you speak to. This was true in my Twitter and Facebook feeds as well as with friends to whom I spoke in person.  Some women loved it; some weren’t bothered either way; some were not impressed. Most men on the other hand did not come away inspired.

There was the odd male feminist insisting this was the truth society needed right now, but for the most part the men I spoke to online and in person viewed the commercial as missing the mark at best, shaming men at worst.

How does one inspire men to reach, to strive to be a man who is worthy of masculine ideal?  Telling men what not to do does not seem to be an effective method for the desired change. This put me on an internal search for answers. Masculinity is somewhat of an enigma to me.

I grew up in a house composed solely of females. My father died before my twin sister’s and my first birthday and my mother never remarried. Growing up my sister and I played with Barbies, had a chest full of dress-up clothes, and sipped tea in the front yard in the summer. The only “boy” item I remember owning was a small hockey stick, yet any self-respecting Canadian owned one of these as a child so I would consider this to be gender neutral.

Masculinity was something you could not find in our home. It was absent. Though it is difficult to describe knowing something is missing that you never had, the absence was felt. As I grew older, I would take note of attributes I admired in my grandfather, uncles, and family friends; humour, encouragement, patience in the face of stress.

These were things that when projected from a male seemed different. Most of my extended family lived in the United States, so these examples were fleeting, but felt. I knew what I longed for in my life, it wasn’t a myth or a fairytale. I missed a masculine presence that I can only describe as strong and good.

Moving to the present, my life has drastically taken a turn towards the masculine. I am married with 3 boys. This came as a shock with each twenty week ultrasound announcement of “it’s a boy.” Considering my background, I had always pictured myself having a family of girls – or having at least one in the mix.

Since I have been surrounded for seven years with those of the male persuasion, this search for the masculine ideal and the need for it in our culture has been very close to me. Watching that Gillette ad made me think of the world in which my boys are growing up, and was a driving factor for my internal search. I want them to be successful human beings, how could I encourage them to “be better” if their very boisterous nature was the problem?

The past weeks have been filled with discussions on this subject. One that stands out is a conversation with my sister, who has more feminist leanings than me. This conversation was focused on a more female reading of the ad, but helped move me towards understanding the male perspective. I was explaining why the ad frustrated me, the way in which it suggested most men were acting in accordance with the first half of the commercial.

I went on to share more frustration with the prevailing feminine acceptance and praise of the ad I had seen online. She explained to me that women who hear men complaining and critiquing the ad, only hear defensive unwillingness to self examine and a refusal to take a look at the larger societal problem. Societal problem?  I proceeded to list facts and statistics of how modern society in the west has seen less violence from men and more equality for women than ever before.

This however was not the way to go about it, according to my sister, women hearing me quote such figures would not “have ears to hear” when emotions were heightened because of the topic. “This may be true but when you are speaking to women who have experienced male violence or assault, such facts don’t matter. They simply add a roadblock for dialogue.”  Indeed, facts may not care about your feelings, but in turn, feelings may not care about your facts.

This conversation made me see the female perspective with a more compassionate lens.  It also prompted me to take a second look at the male reaction to the ad. If the message causes an air of defensiveness in men, then the message is lost. They too will not have “ears to hear.” How can we talk about the problem of male violence without presenting it in the form of a lecture, framing masculinity itself as “toxic?”

This made me think of an analogy. If you are an antiques expert, do you study the original or the counterfeit pieces? The original of course, to the point that you know it so well you can spot a fake from a mile away. This is key if we want to inspire men to embody the benevolent side of masculinity. But what does that “ideal masculine model” look like?

I puzzled over this for days following our conversation. Perhaps men simply need someone to believe in them? On a societal level, if women could communicate that we believe they are capable of embodying the healthy side of masculinity, worthy of admiration, maybe this could inspire them. I thought this over for a while but it seemed like a dead end. Simply believing in someone doesn’t model how they should behave.

My answer to this question came in the form of an interview. The Patriots had just won the Super Bowl and I was scrolling through my twitter news feed. I landed on a clip of Tom Brady taking questions. He called on a boy sitting on his father’s shoulders. The boy’s question was this: “Many call you their hero, but who’s your hero?” To this, Brady answers “I think my dad is my hero because he’s the one that I look up to every day … and … my dad” Half way through his answer Brady is overwhelmed with emotion and chokes up. There was my answer. Who inspires men to be a true man? Fathers.

How could I have missed this? It seemed so obvious after watching this clip. Perhaps it is because I did not experience the inspiration of a father, or I was coming at the problem from a societal standpoint. However after this answer came to me I couldn’t help but think of my husband with my own sons.

Our boys come to me for comfort and affection, but it’s their dad who shows them how to act, where the line is when wrestling, and how to be kind to me when I am stressed. They see him doing the dishes and shovelling the walk. They see him control his anger while giving them a punishment. They see him give me deference over them for the first few moments when he arrives home.

They see his actions and model back what he does. In the end, it is not what society can do to inspire men to strive to become a man worthy of admiration; it’s what one father can do to bring up sons who respect women, themselves and each other.

I don’t have the answer for society as a whole, but I believe in the power of the individual. If fathers are encouraged to be present and intentional models in their sons’ lives, I am optimistic about the future and anticipate meeting the men of tomorrow.