A teen Black Lives Matter activist is the first to be federally charged with assaulting a cross-deputized officer in Portland. 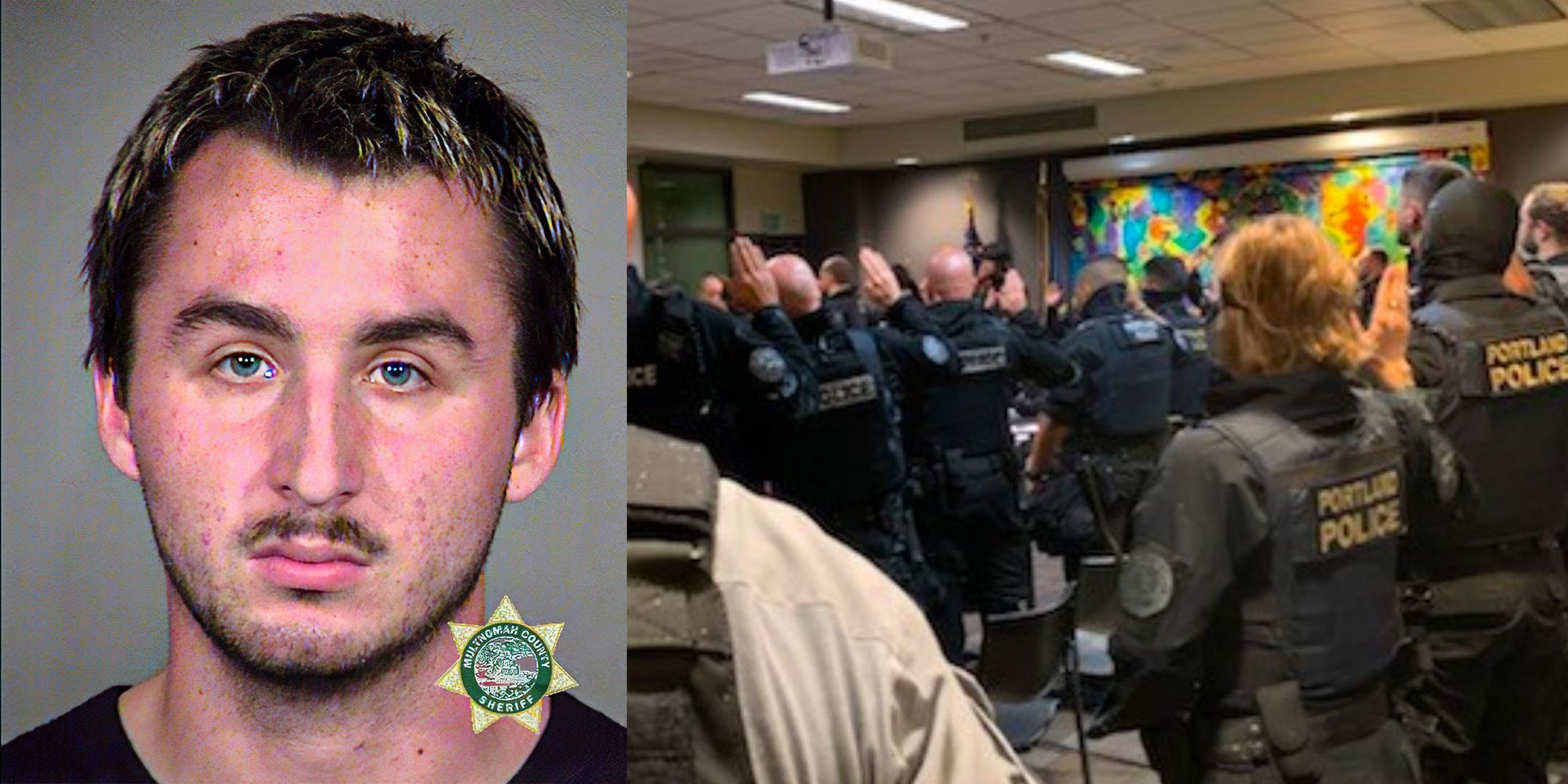 A teen Black Lives Matter activist is the first to be federally charged with assaulting a cross-deputized officer in Portland.

A federal grand jury indicted Skyler Roy Rider, 18, of Hillsboro, Ore., for felony civil disorder and assault of a federal officer following an FBI investigation. Prosecutors with the U.S. Attorney’s Office for the District of Oregon accuse Rider of ramming the pointed end of an umbrella in the chest of an officer during a riot.

On the night of Oct. 6, BLM-Antifa rioters hurled projectiles at law enforcement protecting the Immigration and Customs Enforcement facility in southwest Portland. At one point, a person in the crowd launched a flaming object on the building’s roof.

As riots have shifted out of downtown, far-left protesters routinely target the ICE building at night.

According to court documents, a Portland Police officer—deputized as a U.S. Marshal—witnessed Rider holding a distinct blue and white umbrella while in a line of rioters who had shut down the road. Like other protesters there, Rider was fully dressed in black bloc, and wore a gas mask and body armor. He allegedly threw a projectile at federal officers.

As the officer approached Rider to make an arrest, he lowered the umbrella with both hands and forcibly jabbed the officer in the chest with its pointed end, the affidavit says. The assault caused the officer to gasp and curl over in pain.

Rider allegedly tried to flee from the scene but was captured and taken into custody by Portland Police. He was originally charged with second-degree civil disorder, felony assault of a public safety officer and interfering with a peace officer. Rider was released without bail and all the charges were dropped by Portland’s progressive district attorney.

Dozens of rioters accused of assaulting Portland cops at protests this year have had their charges dropped by the county’s district attorney. But this time is different because Rider allegedly assaulted an officer who had been federally deputized, opening himself up to a more serious federal prosecution.

In late September, officers from the Portland Police Bureau’s rapid response team were cross-deputized in preparation for a Proud Boys rally. The rally on Sept. 26 was largely violence free and the City of Portland attempted to revoke the officers’ deputized status but was denied by the state’s U.S. Attorney, Billy Williams.

Rider is a recent high school graduate. On his social media, his posts show he attended many of the far-left violent protests in Portland.

“The Black community has been civil and peaceful for hundreds of years and they have reached a tipping point which was bound to happen,” Rider posted on Instagram in June. “You cannot expect them to stay peaceful when they are getting murdered by police for things a white person can do on a daily basis without any fear. We need to use our privilege as an ally, not as an oppressor.”

On Monday, Rider pleaded not guilty to the federal charges. He was released pending a two-day jury trial scheduled for Dec. 29.