Current president Joe Biden, back in 2005, spoke out vociferously against the very idea of packing the Supreme Court, pleading that his statement be entered into the record for posterity. 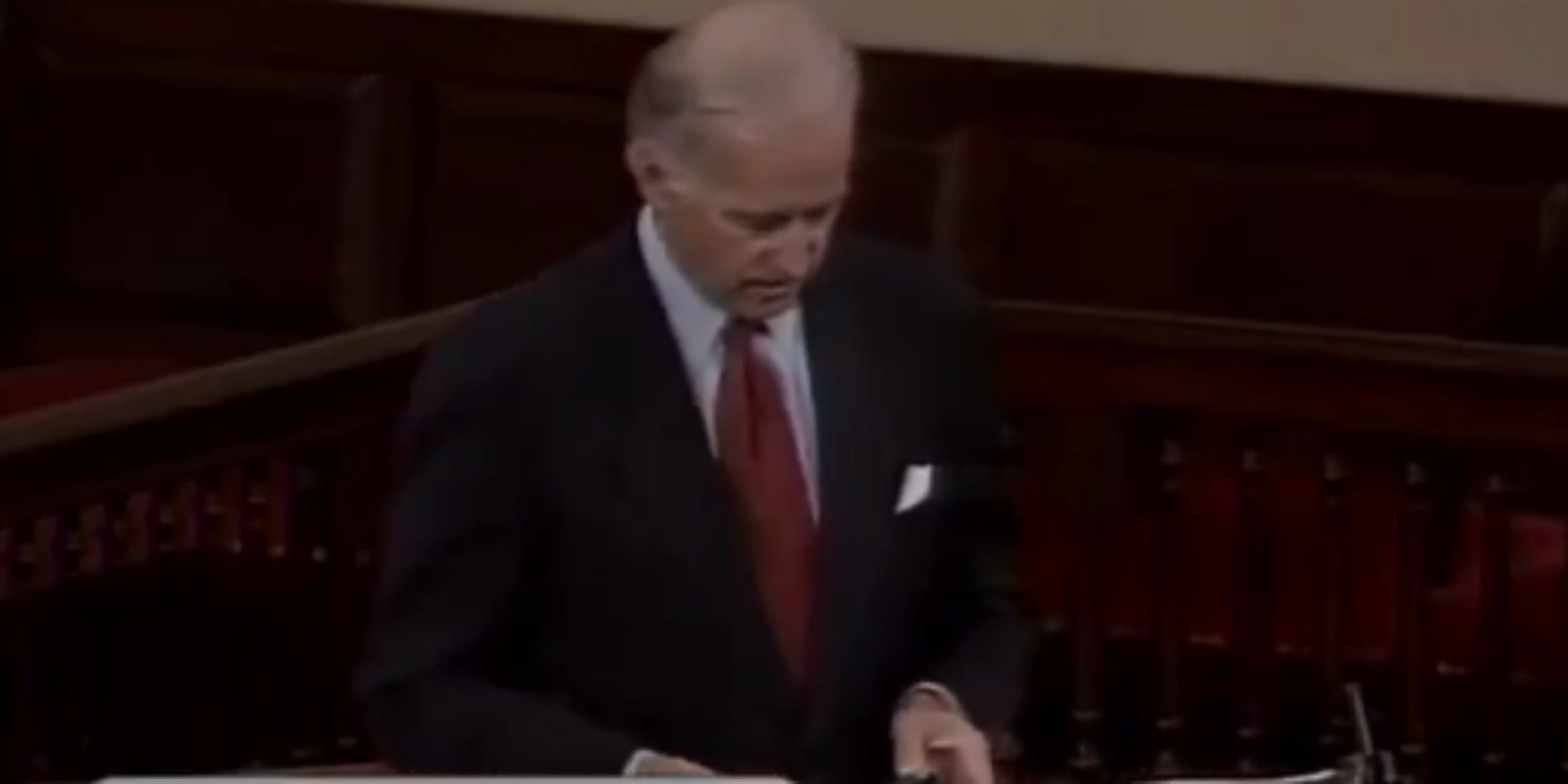 Current president Joe Biden, back in 2005, spoke out vociferously against the very idea of packing the Supreme Court, pleading that his statement be entered into the record for posterity.

"In 2005, Biden called court packing a 'power grab' and suggested FDR was 'corrupted by power' for wanting to do so. He praised the 'courage' of those who stood up against court packing."

Now, as president, Biden has come full circle, creating a commission to explore the idea of doing exactly what he so strongly objected to in 2005.

The then-Senator Biden (D-DE) argued vehemently against any kind of court-packing, using a historical reference to make his point:

"Let me describe in some detail the summer of '37. [Frederick Delano] Roosevelt had just come off of a landslide victory against Alf Landen. He had a Congress made up to solid New-Dealers, but the 'nine old men' of the Supreme Court were thwarting his agenda," Biden started off.

"In this environment, Roosevelt –  ... and remember this old adage about 'power corrupts; absolute power corrupts absolutely' – corrupted by power, in my view, unveiled his court-packing plan."

"He wanted to increase the number of justices to 15, allowing himself to nominate those additional judges. It took an act of courage on the part of his own party, institutionally, to stand up against his power grab. In May of '37, the Senate Judiciary Committee, a committee controlled by Democrats in support of his political ends."

".... I'd ask the National Senate that my entire ... statement be entered into [the] record, uhh, Mr. President, and I conclude by saying to you that the issue will be: Will historians studying the actions taken in the spring of '05 look upon the current members of this body as statesmen who placed the institution of the Senate above party and politics, or will historians see us as politicians bending to the will of the executives and to political exigency?"

"I, for one, am comfortable with that role, that I will play in the upcoming debate, and, mmm, in my heart, I believe [unintelligible] this is called, there will be at least six men and women of rectitude on that side of the body that will not allow the deterioration of the Constitution, responsibility of this body."

Even as recently as Oct. 10 2020, Biden accused his Republican rivals of packing the court.