Amanpour rolled her eyes, and said "As you perfectly well, I'm a journalist, and a reporter, and I follow the facts. And there has never been any issues in terms of corruption." 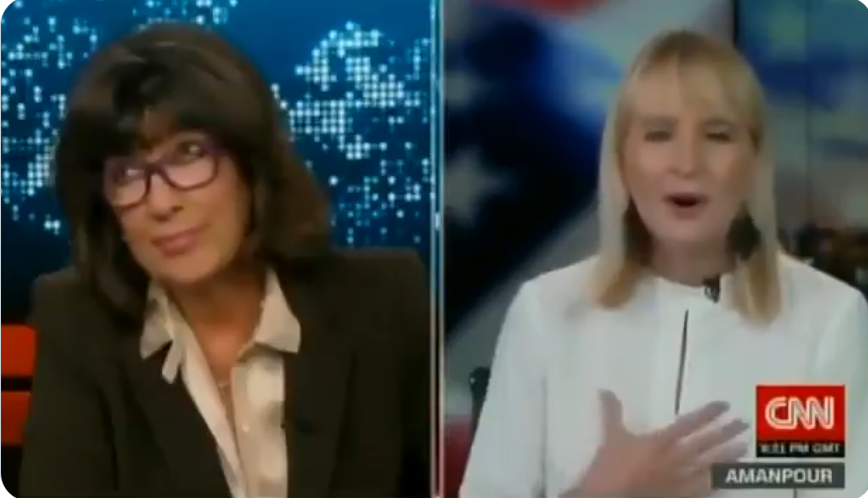 Mainstream media refused to report on the Hunter Biden revelations that emerged from the New York Post's reporting in October. Journalists, pundits, and entire networks shook their heads at the story, rolled their eyes, and said that the story was fake.

They intoned the concept that it was Russian disinformation, or something bogus cooked up by the Trump administration, and CNN's Christianne Amanpour, looked the story in the face and said, without evidence, that it was false.

"The FBI says this laptop is not Russian disinformation. So what are you talking about here? This laptop is real. It's not just the laptop, there's other emails, text messages, they are real, so according to the US government, the FBI has verified this."

"I know that you're trying to move everybody to look at that, but that's not what we're hearing from the FBI, but what," she said, talking over Harrington who continued to try to make her case, "Liz, Liz, Liz."

"You're okay with our interests being sold out to profit Joe Biden and his family?" Harrington asked. "When we're suffering during a pandemic, to Communist China?"

"Absolutely," Amanpour said, rolling her eyes, and repeating Harrington's name. "As you perfectly well, I'm a journalist, and a reporter, and I follow the facts. And there has never been any issues in terms of corruption. Now let me ask you this: Yesterday, the FBI—"

Harrington shouted her down, "How do you know that?"

Amanpour said "I'm talking about reporting, and any evidence, I'm talking to you now, to ask you a question about—"

Harrington demanded that Amanpour and her researchers look into the story instead of dismissing it out of hand. Amanpour said she would not.