"I don't know enough to know whether that 17-year-old kid, exactly what he did, but allegedly he's part of a militia coming out of the state of Illinois. Have you ever heard this president say one negative thing about white supremacists?" said Biden. 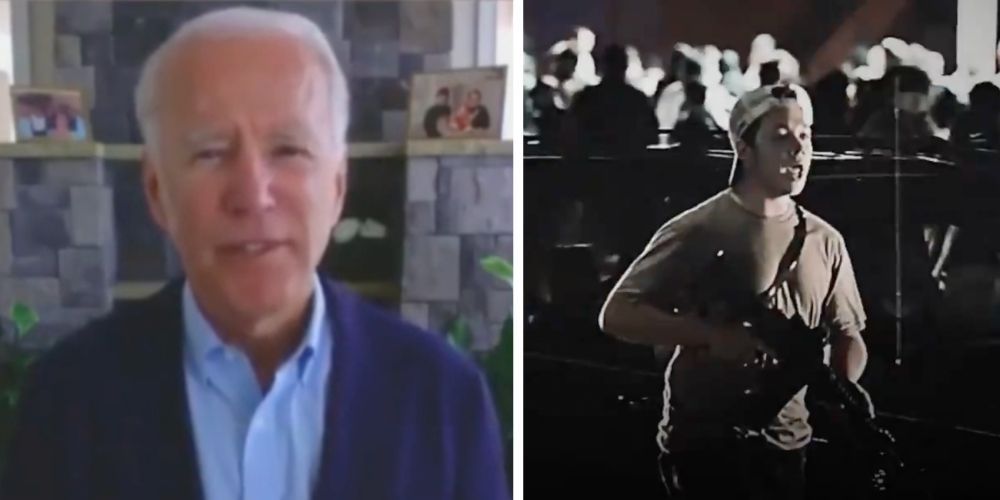 Update: Kyle Rittenhouse was found not guilty on all charges.

Following the shooting of three people, two of which are killed, by Kyle Rittenhouse in August of 2020, then presidential candidate Joe Biden was quick to suggest Rittenhouse was a white supremacist, believing that his actions were racially oriented.

"I don't know enough to know whether that 17-year-old kid, exactly what he did, but allegedly he's part of a militia coming out of the state of Illinois. Have you ever heard this president say one negative thing about white supremacists? Have you ever heard it? That's the reason I got back in this race because what happened in Charlottesville," Biden said in a 2020 interview with CNN's Anderson Cooper.

Biden had expressed a similar sentiment in a campaign add he tweeted on September 30, following a debate between him and former President Donald Trump in which he told the Proud Boys to "stand back and stand by" after being pressed to condemn "white supremacists."

The ad features video of those that attended the fatal rally in Charlottesville, Virginia, in which 3 were killed and many more injured when a man rammed his car into the crowd. It also features stills of Rittenhouse on the night of August 25, 2020, where he shot three people. His defense is arguing that it was in self-defense.

In an interview with Sean Hannity on Thursday, Wendy Rittenhouse slammed Biden for calling her son a white supremacist, saying: "President Biden don't know my son whatsoever. And he's not a white supremacist. He's not a racist. And he did that for the votes. And I was so angry for a while at him and what he did to my son, he defamed him."