FLASHBACK: Trump told WEF in 2018 he would put America first over international interests

Speaking at the World Economic Forum in 2018, former president Donald Trump vowed to stand up for the United States against foreign interests. 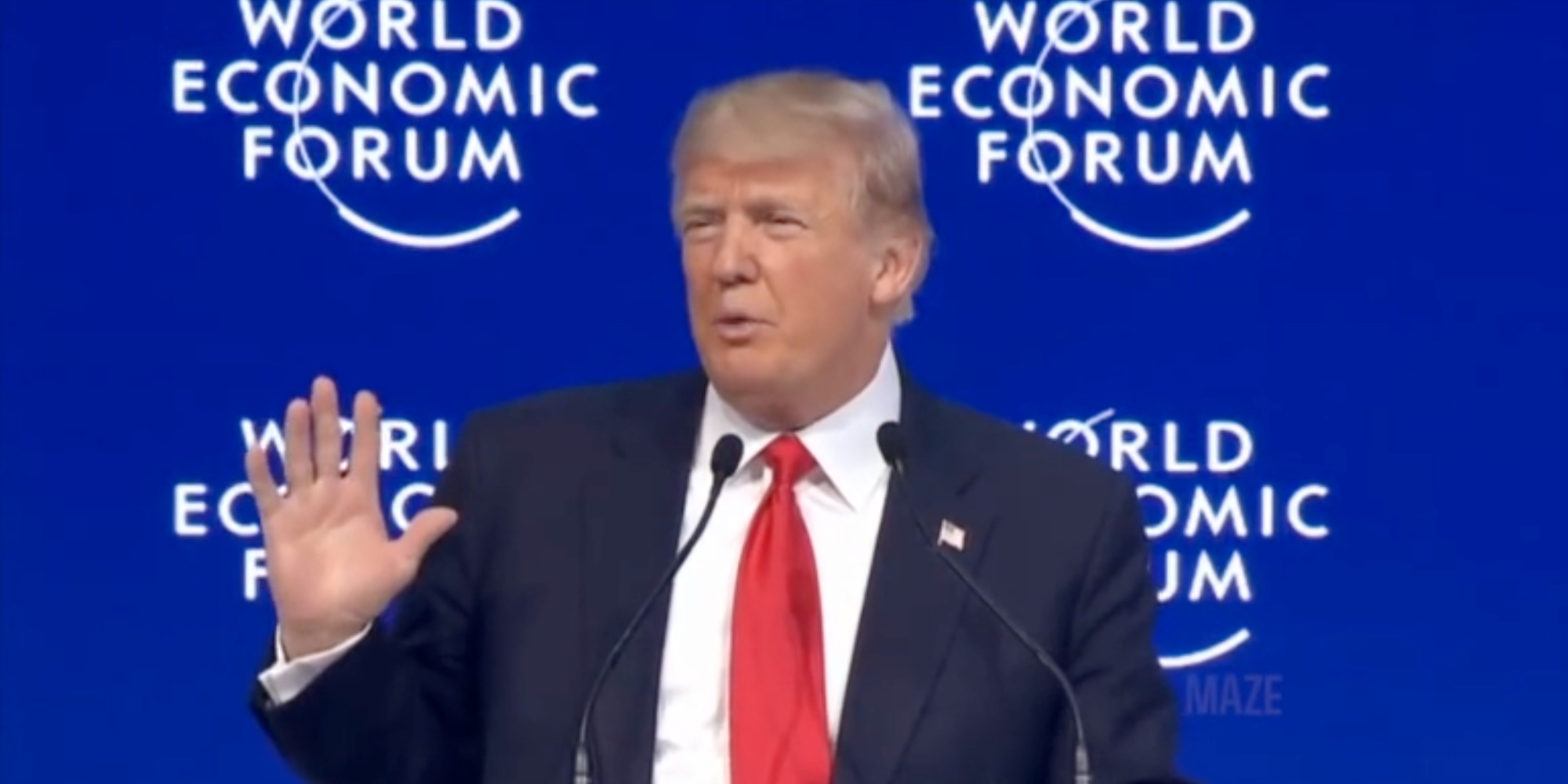 Speaking at the World Economic Forum in 2018, former president Donald Trump vowed to stand up for the United States against foreign interests.

He urged other nations to invest in the US, and to follow his lead in doing away with unnecessary regulations.

"I'm here today to represent the interests of the American people," Trump began. "The world is witnessing the resurgence of a strong and prosperous America ... There has never been a better time to hire, to build, to invest, and to grow in the United States."

He went on to slam regulation as "stealth taxation," decrying the fact that "unelected bureaucrats ... have imposed crushing and anti-business and anti-worker regulations on our citizens with no vote, no legislative debate, and no real accountability."

"In America, those days are over," Trump continued. "As president of the United States, I will always protect the interests of our country, our companies, and our workers."

Standing on stage in front of WEF attendees, Trump vowed to remove "self-imposed restrictions" on energy production in the United States. His administration later did just that, replacing the Clean Power Plan and lifting oil and natural gas extraction bans.

"No country should be held hostage by a single provider of energy," Trump added. In the years since his speech, the European Union has suffered from its reliance on Russian energy, something Trump predicted would happen.

On Monday, the WEF's Annual Meeting kicked off in Davos, with head honcho Klaus Schwab calling on elites to "master the future" at a time where the world is "confronted with so many crises simultaneously."

Notably absent from this year's event is President Joe Biden. Unlike Trump, who took the opportunity to inform the WEF that he would be standing up for America's interests at a time where global governance was the apparent goal, Biden will instead be staying home, playing host to the Golden State Warriors as they visit the White House.
ADVERTISEMENT
ADVERTISEMENT
Trump_WEF