Over 200 people were arrested during the riots. Police said that rioters damaged vehicles, ignited small fires, and destroyed multiple businesses across the city. 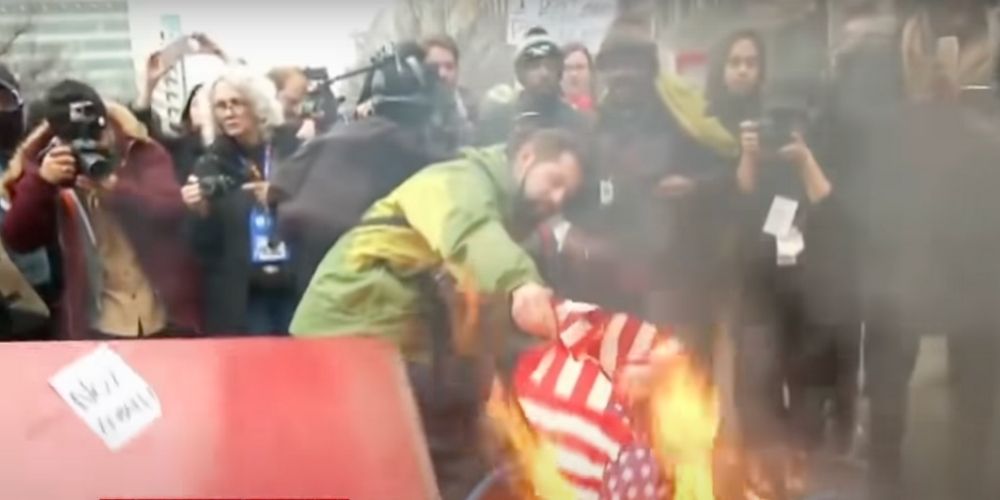 As people gathered in Washington, DC to witness and celebrate the inauguration of President Donald Trump in 2017, thousands of rioters and protestors spread out across the city, causing widespread damage and injuring officers.

Over 200 people were arrested during the riots. Police said that rioters damaged vehicles, ignited small fires, and destroyed multiple businesses, according to ABC News. Jack Posbiec of Human Events Daily brought the remembrance to Twitter.

Rioters set fire to newsstands and trash cans, and at one points set what appeared to be a stretch limousine on fire. The vehicle was also vandalized with the spray painted words "we the people."

Protestors attempted to block access to security checkpoints set up around the perimeter to the inauguration celebration.

The #DisruptJ20 coalition promised the public that its participants would shut down the inauguration events. At one point, the group tussled with a support group of the former president, Bikers for Trump.

"Police said in a statement that an organized group marched through the northwestern part of the city around 10:30 am and that 'members of the group acting in a concerted effort engaged in acts of vandalism and several instances of destruction of property,'" ABC News reported.

Trials for those arrested in connection to the January 20, 2017 riots resulted in 205 dismissals, 21 plea deals, and no jury convictions, according to The Intercept.