A high school in Neptune Beach, Florida is banning its football team from flying the "thin blue line flag" after it received multiple complaints on social media. 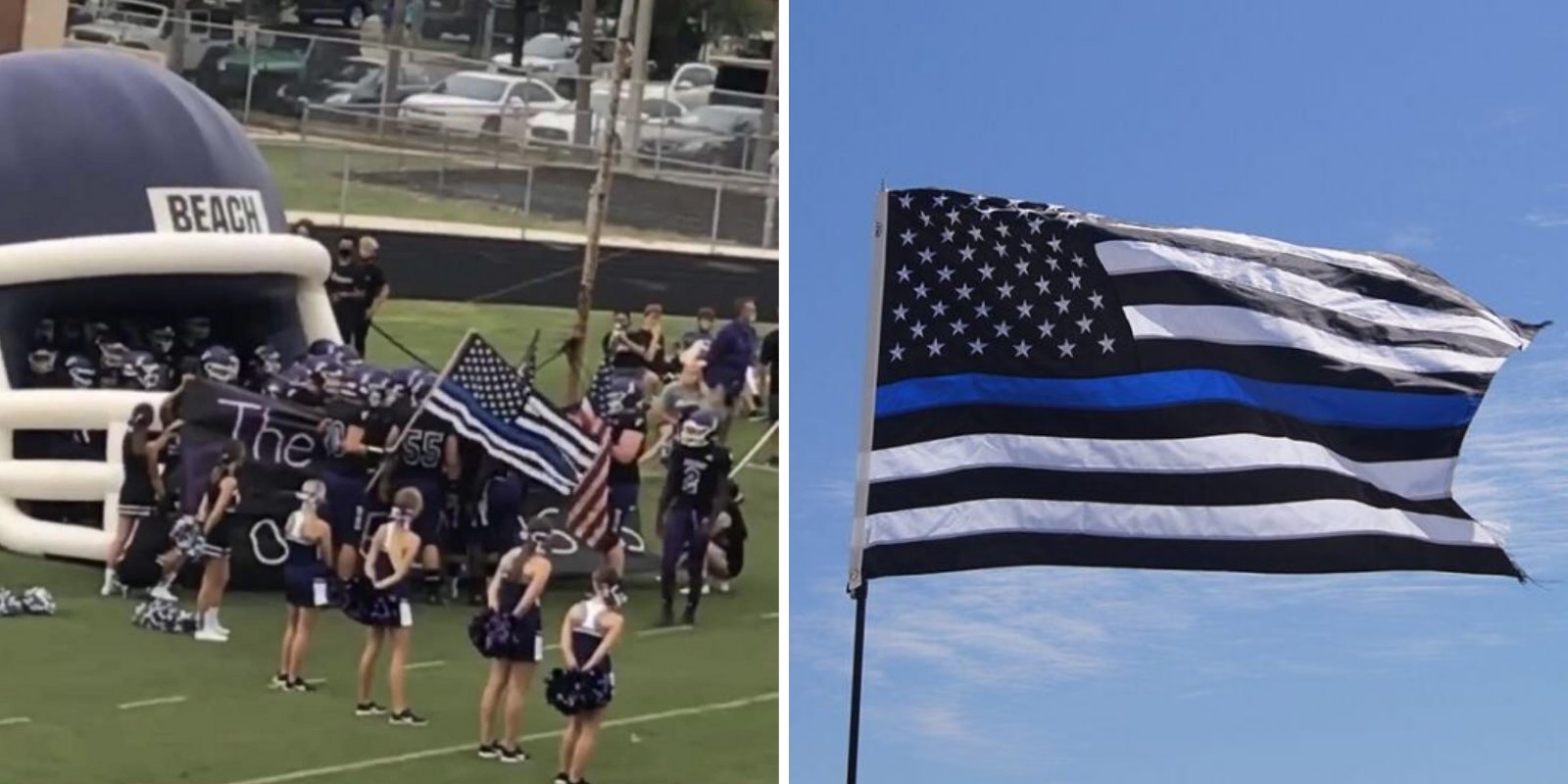 A high school in Neptune Beach, Florida is banning its football team from flying the "Thin Blue Line" flag after it received multiple complaints on social media, News4Jax reports. The online criticism said the flag Fletcher High School was flying was "openly racist."

According to the outlet, the high school football team began carrying the pro-law enforcement flag last year out of respect for a players deceased father. Cpl. Andy Lavender, who passed away suddenly last August, spent 29 years in law enforcement and had a history of volunteering for the team. His wife expressed her disappointment in the school's decision.

The flag has recently come up in race-related discussions amidst widespread protests against law enforcement across the United States.

"The flag, which is known as the Thin Blue Line flag, has different meaning for different people, and rather than representing the young man’s personal feelings, it was being interpreted as a political statement of the team and of the school," Ledford said.

"In consultation with the coaches, I determined that the act of using this flag in this personal way, while in the context of the football game opening ceremony, could easily be construed as representing a political position of our school and not just the personal feelings of the student and his teammates. Therefore, I have determined that it is no longer appropriate to continue."

Ledford noted that he is "in conversation with the student and his teammates about ways they can appropriately express their personal views."