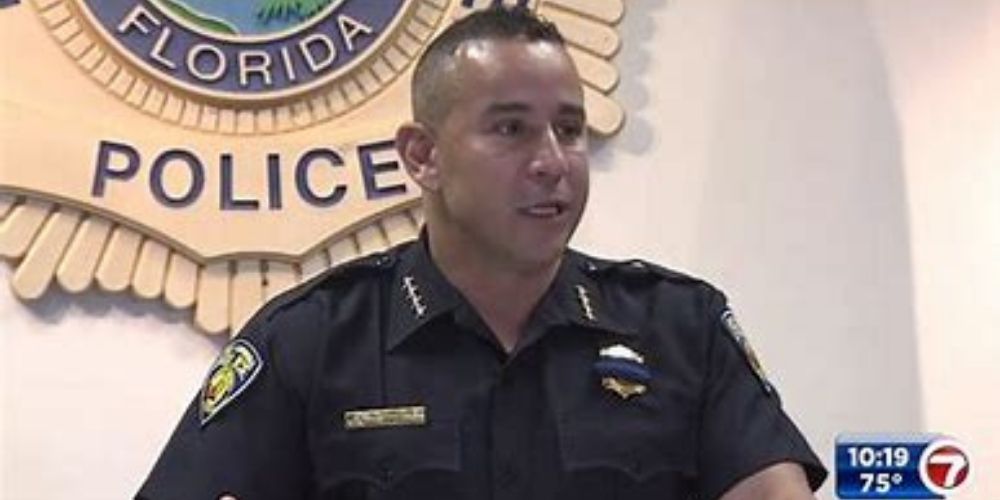 The police chief of the Fort Lauderdale Police Department was fired after an investigation found that he was discriminating against white officers.

Following an investigation into allegations of discrimination, the city manager fired police chief Larry Scirotto, the first openly gay police chief in the department, according to The New York Post.

The investigation found that Scirotto created a "divisive atmosphere" and that he once pointed to a conference room wall of photos of the department's command staff and declared, "that wall is too white," and "I'm gonna change that," according to CNN.

The investigation also found that when considering a promotion, Scirotto asked "which one is blacker?" An allegation that Scirotto denies.

When hired by the Fort Lauderdale Police Department, Scirotto said he intended to "...consider diversity at every opportunity."

"Overall, there is a very divisive atmosphere within the department based on the perception the chief is intentionally using race, gender and sexual orientation as attributes necessary for promotions," according to the report.

"While the goal to diversify is an important and laudable goal it must be accomplished in a legally permissible manner," it continued.

The fired police chief told CNN that the report was "vague on facts" and just six out of fifteen individuals that were promoted were ethnic or gender minorities. Scirotto served as police chief for six months.

"We strive to be diverse in our organization. We strive to represent the community that we serve. There's just certain lawful ways to allow that diversity to happen," Lagerbloom said. "And in this case, the investigative report indicated we didn't quite follow the law in how we were working towards those diverse positions."

The investigation into Scirotto began after two officers alleged in October 2021 that they had been passed over for promotions based on race, sexual orientation and gender, the Sun Sentinel reports.